If the NFL is a sprint and the NBA a marathon, the 162-game haul the Colorado Rockies begin this month is one of those 50-mile ultra races for the crazy-fit (or maybe the just-plain-crazy). Who better, then, to get you in shape than the guy who gets the Rockies ready for Opening Day (April 10)? Gabe Bauer, the team’s director of physical performance, tailors workouts to sharpen players’ skill sets (like a slugger swinging with more pop), but he can help you, too. Here, he suggests three exercises that will have you looking sharp in whatever uniform you wear. 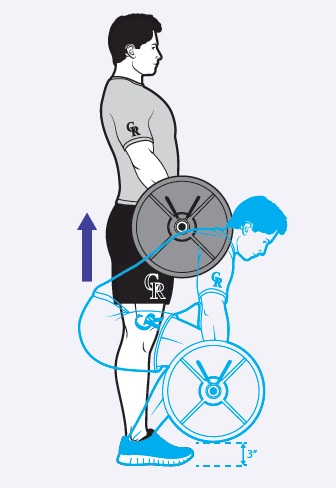 Scouting Report: Whether he’s starting or not, de la Rosa throws almost every day during the season. That means he needs a strong back and core to handle all that body rotation and stay off the disabled list.

Make His Move: Dead lift. Limit your range of motion so the focus stays on your core by starting with the barbell three inches off the floor. Grab the bar by bending at the waist and slightly at the knees, then (keeping your back straight to prevent injury) simply stand up while engaging your glutes and your abs. 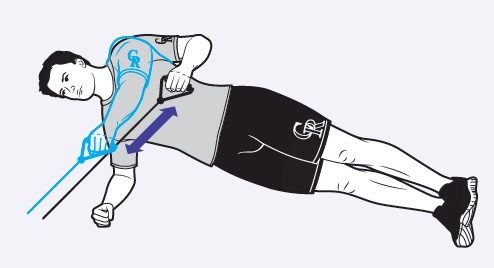 Get Your Back On Track

Scouting Report: The 27-year-old
finally made the Show last year. But a stronger upper back, core, and shoulders will allow him to change direction quicker so he can get to troublesome grounders in the hole—and become a big league fixture.

Make His Move: Side-bridge row. Rise into a side plank, making sure your elbow (or hand, depending on your fitness level) remains under your shoulder. Grab a band or a cable attached to a machine and pull in a rowing motion. 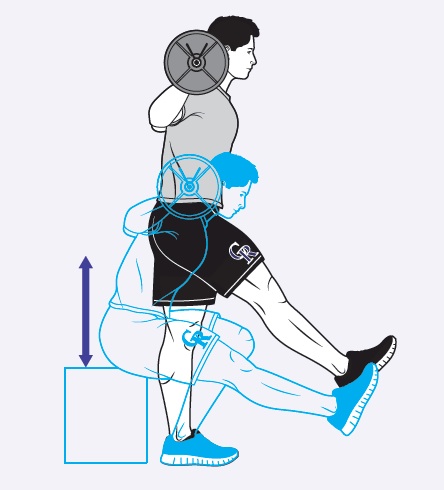 A Strong Leg To Stand On

Scouting Report: The former American League MVP might not show it—after all, he led the Rockies in RBIs last year—but he struggles with moving weight to his back leg in his batting stance, which helps unleash more power during the actual swing.

Make His Move: Single-leg squat. It’s like a regular barbell squat except you’re on one leg. As you descend, extend your knee in front of your toes to ratchet up the tension in your quad and ankle. Stand up once your thighs or glutes hit a box behind you, about 21 inches from the ground.

Bonus: The Rockies’ roadmap for dealing with the physical and psychological rigors of a 162-game season.

Get Some A Lot Of Shut-Eye: Sweet dreams are made in a cool, dark, and quiet place. The optimal eight to 10 hours help physical recovery (muscle repair, hormone and testosterone creation), psychological recovery (increased alertness and decision-making), and neural plasticity (faster learning and better memory). And be sure to let your boss know that a 30-minute mid-afternoon power nap boosts performance.

Three-Course Meals: Your nutritional intake should revolve around protein (muscle growth and repair), vegetables (vitamins and antioxidants), and water (improved cell function). Your daily goals: one gram of quality protein from, for example, chicken, grass-fed beef, and cottage cheese for every pound of bodyweight; eight servings of vegetables; and 0.5 ounces of water for every pound of bodyweight.