California-based photographer Chris Burkard makes his living exploring some of the coldest and most remote parts of the world. The 29-year-old has spent a better part of the past 10 years battling harsh conditions—in Iceland, Russia, Norway, Alaska, you name it—in order to surf and shoot, garnering a large Instagram following in the process. Nonetheless, when crowd-sourced publishing company Dreamling Books approached Burkard about collaborating on the company’s pilot project, a children’s book, he was quick to say yes. Dreamling has an inspirational ethos and an emphasis on picture books, all of which appealed to Burkard, who as a father or two, was excited to finally work on a project for kids. The resulting book, The Boy Who Spoke to the Earth, was a way for him to reach a different generation without straying too far from his day job.

“I love making books; it’s a fun way to interact with people,” says Burkard, referring to his previously published photo books, “But I wanted to speak to children, and I knew photography books weren’t the best way to do that. [The Boy Who Spoke to the Earth] has the same essence I want to share with my photography books, but it’s for kids.” 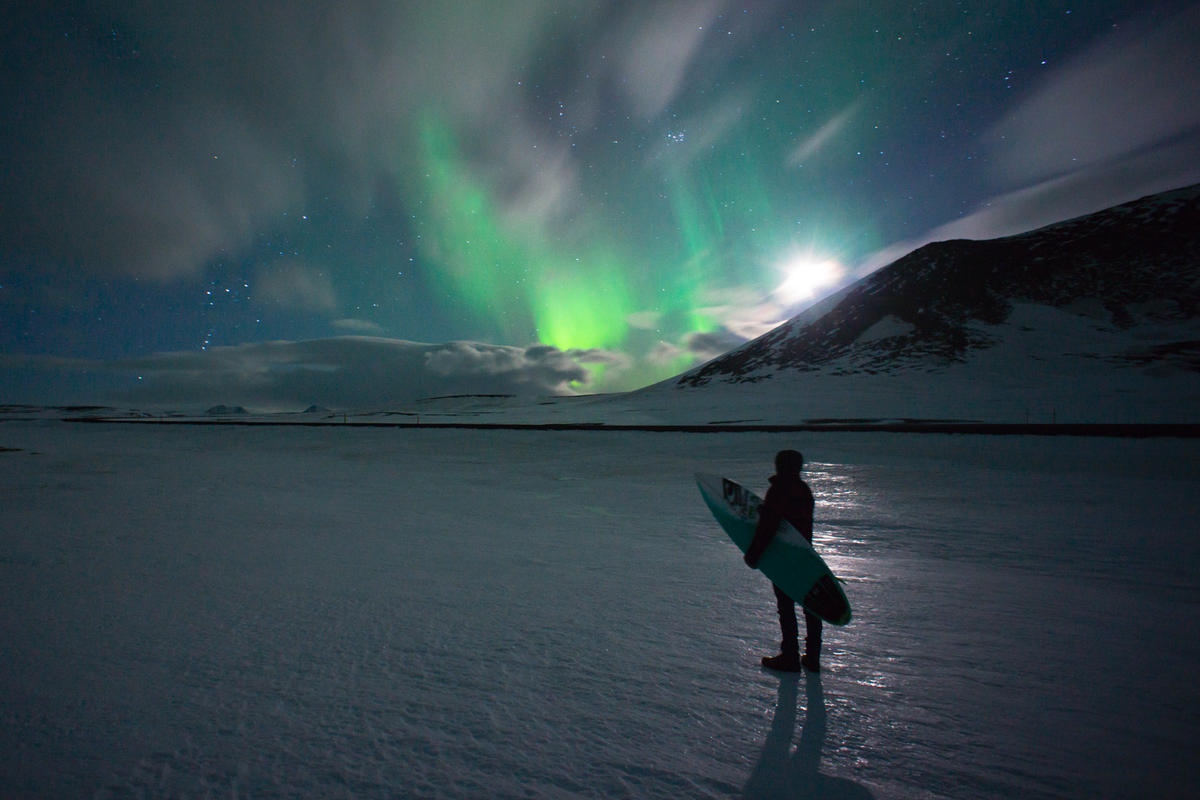 Though Burkard came up with the basic outline, the Dreamling team helped fill in the text, and was instrumental in bringing Disney Interactive artist David McClellan on board. McClellan based his ethereal illustrations on Burkard’s photographs, creating composites of natural landscapes that weave the plot together. In the story, a young boy asks the earth questions, chief among them, “Where do I find happiness?” The boy traverses the globe, but ultimately has to retrace his steps, having looked without seeing the first time around. By the end of the book, the boy finally sees the beauty that’s been there all along.

The story could easily apply to adults, but it’s especially potent for children, who possess an innate curiosity that can help endear them to nature at a young age. “I didn’t want to pass on some inherent fear of the unknown,” says Burkard of the book’s motif. “I want kids to not be afraid to ask where we find happiness, to not be afraid to seek answers—we’re not going to find answers to everything on Google.”

Flipping through the book, what’s particularly striking is the breadth of Americans that will be able to identify with the landscapes. Burkard is currently drawn to travel in the United States, and colder environments in particular, so you won’t find any illusions to the tropics in The Boy Who Spoke to the Earth. Instead, Burkard chose the settings to be representative of the places he loves most. “I feel like people from Colorado could really resonate with [the book],” Burkard responded, after I noted how many of the landscapes could have been drawn from the Centennial State, or my native home in the Pacific Northwest. 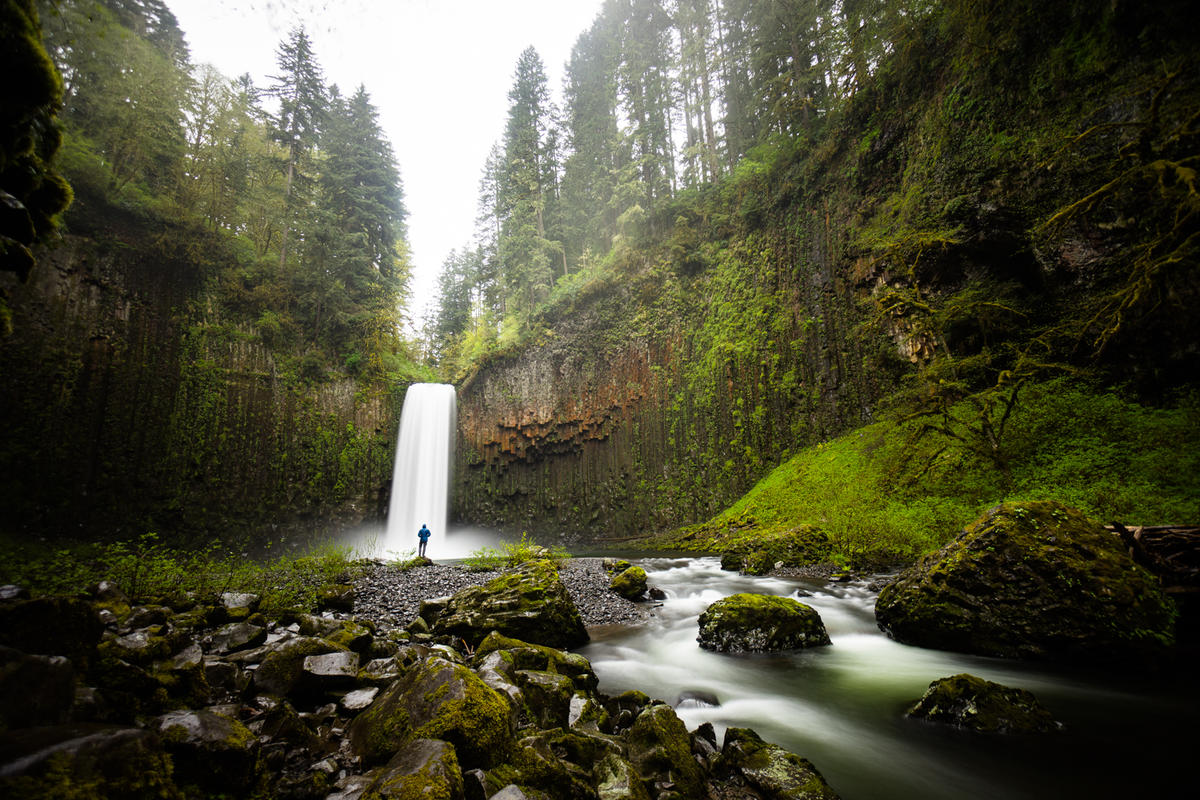 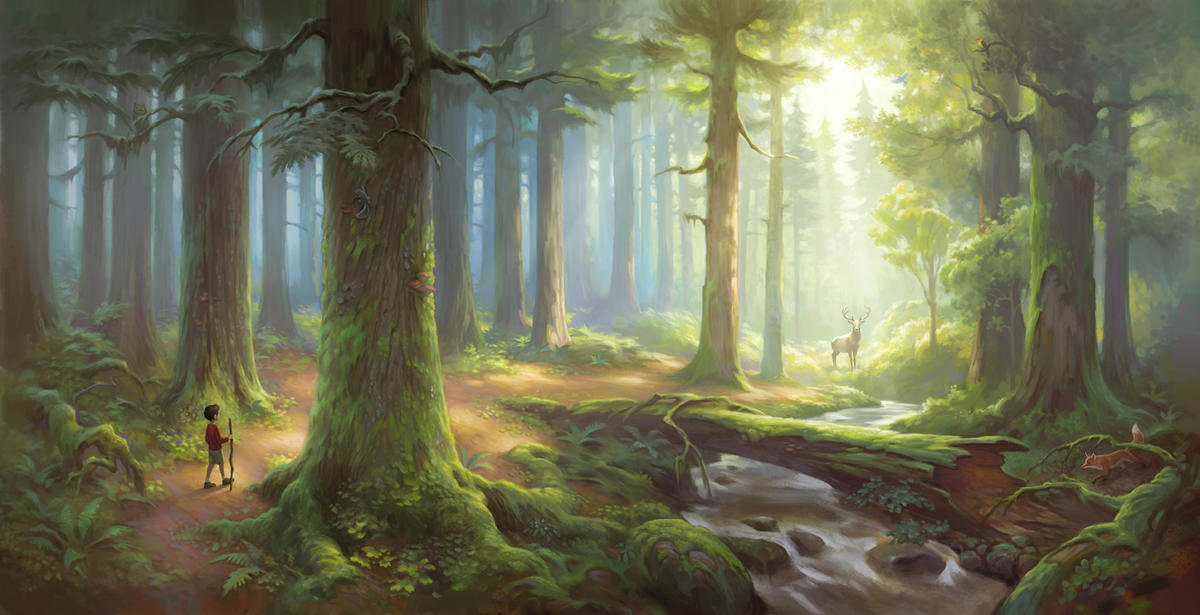 Though the book’s primary audience will likely be four to nine year-olds, Burkard’s three-year-old son was among its first fans, and it’s easy to see the coffee table allure for adults. For those who want to purchase the book, it’s currently on Kickstarter, with the funding period ending on April 3. A Kickstarter Staff Pick, The Boy Who Spoke to the Earth exceeded the $25,000 goal in a mere 36hours, a testament to the concept’s appeal. As part of a stretch goal, Dreamling has also included two drawings for adventure trips (for an adult and a child) to Zion, Yellowstone, or Yosemite National Parks, and Iceland.

When asked what he wants readers to take away from The Boy Who Spoke to the Earth, Burkard replied that he hopes people will draw their own conclusions. “Don’t be afraid of asking big questions,” he says. “And wherever that leads you, that’s awesome. The book is not so much a guide as it is a recommendation for how to be inspired. Ultimately, I hope readers never lose that childlike curiosity.”