“At GRID Alternatives, we say we serve a triple bottom line: people, employment, and environment,” says Robert Kirby, the organization’s Colorado development assistant. Kirby is relatively new to the GRID Alternatives team, as the California-based company only recently opened offices in Colorado, New York, Washington D.C., and Nicaragua, adding more than 100 staff members in the last year alone. The exponential growth GRID has experienced since 2001 is a testament to its mission statement: deliver solar energy to low-income families while providing on-the-job industry training for volunteers.

Founded by Erica Mackey and Tim Sears, two Bay Area solar engineers, GRID Alternatives has become a major national nonprofit over the years, preventing 406,000 tons of greenhouse gas emissions, training 20,000 volunteers, and saving families $130 million total. Since GRID began operating in Colorado, it’s installed more than 65 solar systems in the Denver Metro area, roughly translating to nearly $1.5 million in savings over the next 30 years. GRID Colorado is just getting started though, with the branch set to amp-up builds over the summer and launch the company’s first community solar project in Grand Junction on May 29. 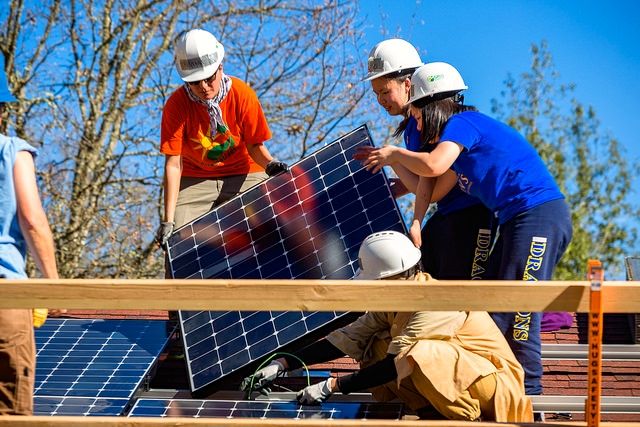 To become a GRID client, families must be located in an area GRID operates in, own their homes, and either be at or below 80 percent of their area’s median income. The beauty of community solar however—where solar panels aren’t placed on any one roof, but rather as part of a shared grid—is that more families (including renters) can be reached. “Instead of having a one-off family or a one-off house that’s being able to be served, we can install 120 solar panels all in three days, and have solar energy go out to seven to 10 families,” says Kirby. GRID volunteers from around the country are gathering for the Grand Junction build, dubbed Community Solarthon, which likely won’t be the last of its kind.

GRID, which supports itself through donations from companies like SunEdison, as well as private donations, has used a volunteer model since the company’s inception. Potential volunteers are required to attend an orientation, either online or in person, and afterwards are invited to sign up for builds. On-site, they’ll receive training to prepare them for jobs in the fast-growing solar industry, should they so choose. Consequently, volunteering with GRID can be competitive at times, though as the Colorado branch expands so should the opportunities. Those interested should attend an orientation regardless. Whether you’re interested in the developing world, or simply looking to give back as your travel, sign up for one of GRID’s trips to Nicaragua (there’s till space for the June and November projects). Of course, those who don’t want to volunteer but would like to support the cause are encouraged to donate.

As the landscape surrounding carbon emissions continues to shift from reckless abandon to smart, steady growth, Americans will be looking to organizations like GRID Alternatives to lead the way. The future of community solar is still up in the air, largely because of the interests of utility companies, but also because the United States is vast, with different laws and agendas in every state. Nonetheless, there is a need for solar energy everywhere, and it’s a common misconception that you need sun to get it (heat is actually not as conducive as just light, even if it’s reflected through clouds). That means that although we’ve got a ways to go, from GRID’s point of view—especially in Colorado—the future looks bright. 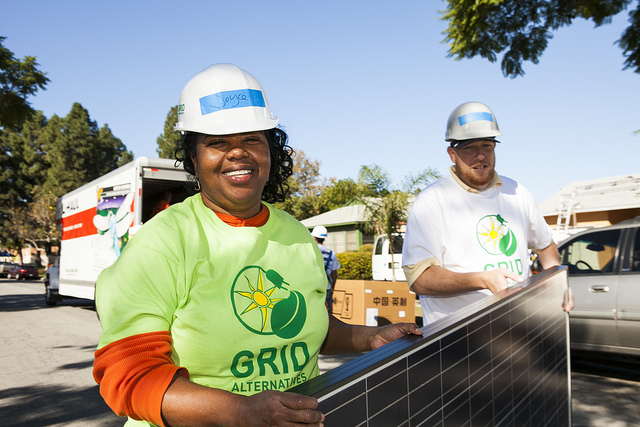