If you live in the Rockies and weren’t able to score tickets to either the sold-out 42nd annual Telluride Bluegrass Festival, or the sold-out 43rd annual RockyGrass Festival, you should consider Folks Festival. Run by Planet Bluegrass, the same team that puts on the other two events, Folks is celebrating its 25th anniversary this summer, and its stacked lineup showcases artists from festivals passed alongside new voices. The happening, which will take place from August 14-16 in scenic Lyons, is a family-friendly gathering that celebrates all facets of folk, meaning it’s suited to the majority of music lovers.

Folks Festival is a community gathering (hence the name “Folks” rather than “Folk”), and is known for blurring genres and showcasing a healthy mix of legends and up-and-comers. In the Planet Bluegrass tradition, attendees are known as Festivarians and the entire event strives to be as sustainable as possible. For those who are reluctant to attend a three-day festival, single day tickets are $60 each. Also, sitting on your tarp for the entirety of the music is completely normal, so don’t go into Folks thinking it will require the same energy as say, Bonaroo. Three-day passes are $145, and you can purchase them through Planet Bluegrass’ website without any additional fees. Folks Festival, 500 W Main St, Lyons; bluegrass.com/folks. 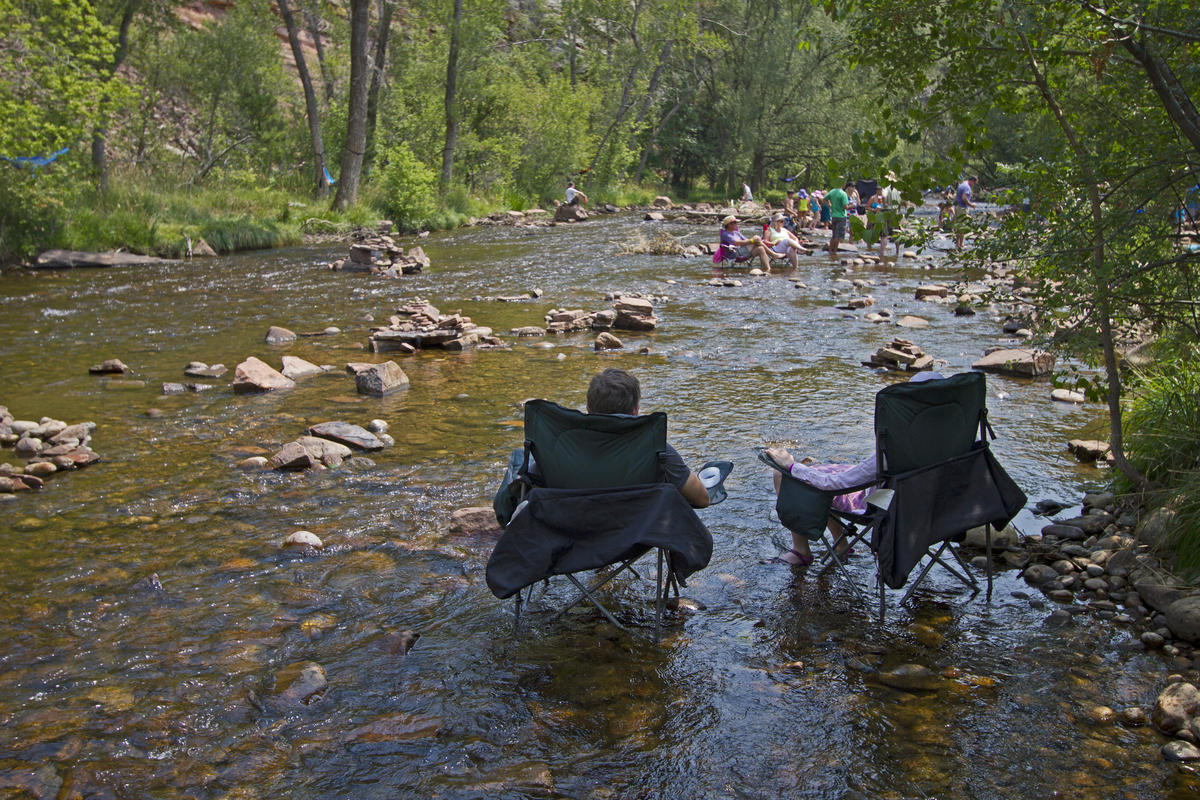 This could be you: Festivarians take a break from the music at Folks Festival.