In 2012, Katy Flaccavento and Zachary Gillerlain seemed to have everything figured out. Flaccavento was working on her Master of Fine Arts degree, while Gillerlain was finishing his doctorate in operations management, both at the University of Cincinnati. The duo had collaborated in music and art since they met at the Governor’s School for the Arts, a magnet high school in Norfolk, Va., more than 10 years earlier. The two continued their creative partnership with running a successful music and lighting business (the Happy Couple Duo) for weddings and other events in their spare time.

Then they attended the Armory Show, which is essentially a farmer’s market for art, in New York City. As the pair walked around the giant showroom, they passed another couple discussing a $20,000 work of art. One of them commented, “That would look great in our hallway if it were just a little bit smaller.”

“They were shopping for art as decorations, looking at it as something that they could spruce up their hallway with,” Flaccavento says, a note of frustration creeping into her voice. “When you’re doing an MFA, you’re getting really philosophical and talking about how art influences culture and changes stuff. Then you see someone who doesn’t have that viewpoint at all and realize that this is just a commodity for them.”

“There’s a big disconnect between people purchasing art and the artists themselves,” Gillerlain adds.

With that knowledge, the duo decided to expand their canvases. Fast-forward three years, and they’ve abandoned their graduate degrees and gallery shows for a permanent move to Denver—with a few detours along the way. Under the name Knomad Colab, Flaccavento and Gillerlain spent six weeks traveling the country, lighting existing structures with more than $25,000 worth of brilliant LEDs (provided by lighting companies Astera and Creative Uplighting) to transform everyday spaces into worlds of color.

Take a look at some of the most stunning results. 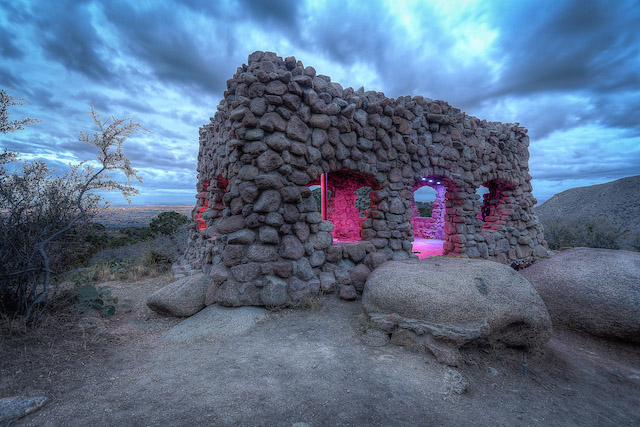 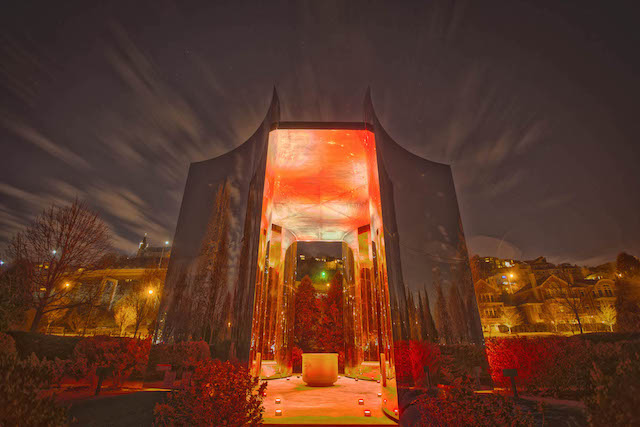 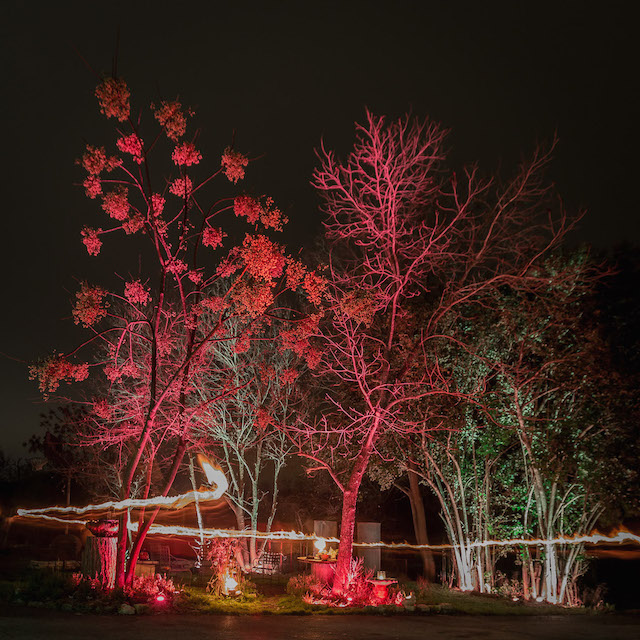 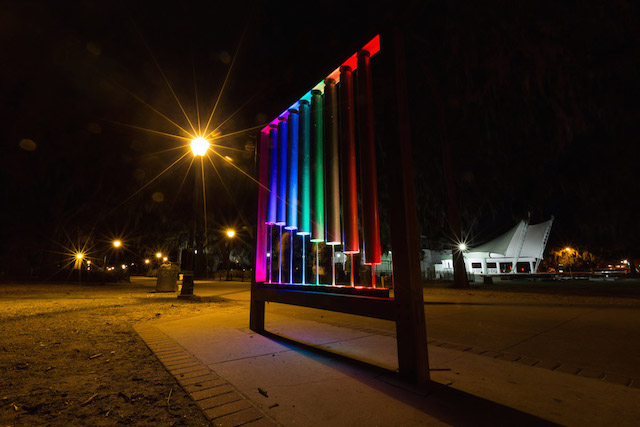 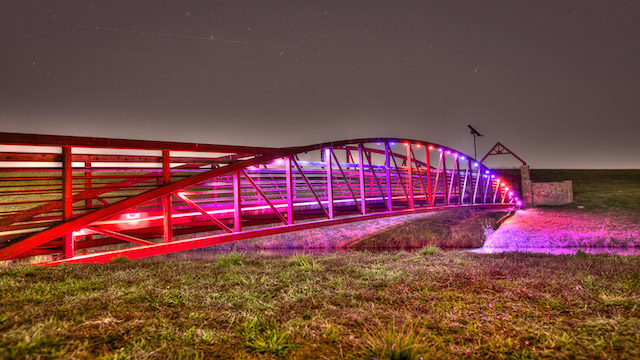 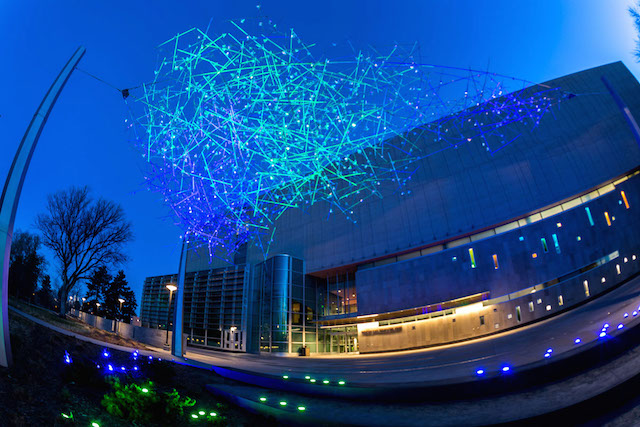 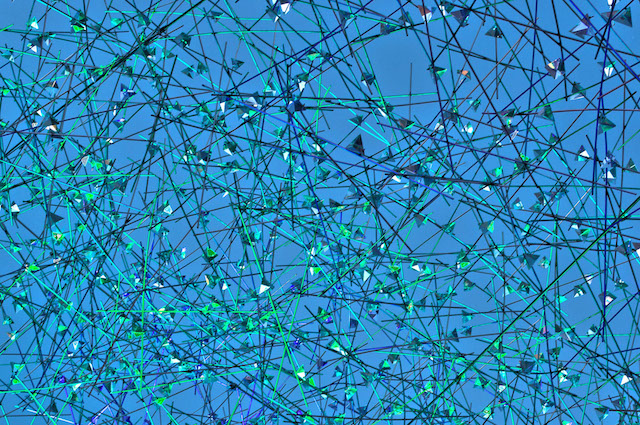 Denver, Colorado (in front of the Denver Museum of Nature & Science) 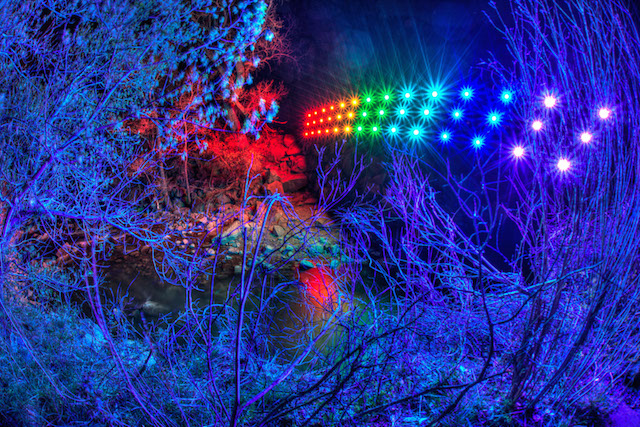 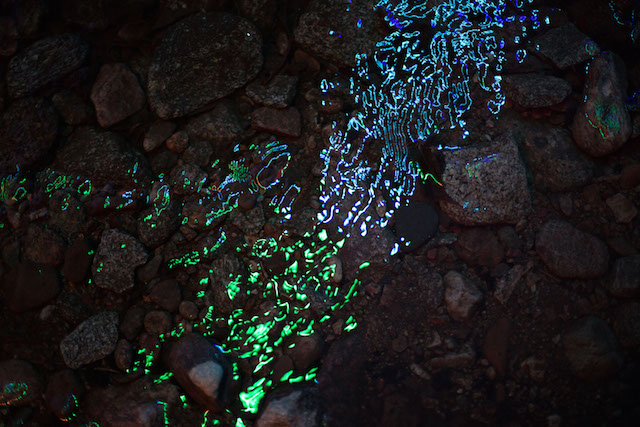