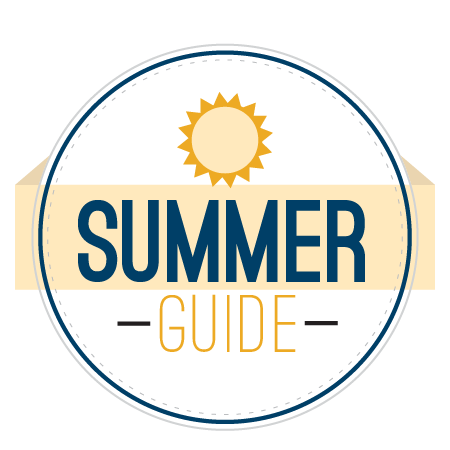 Truth is, in making this list we probably could have simply linked to Red Rock’s summer music calendar and called it a day. That seemed too easy though, and would have excluded all the great musicians not playing at Colorado’s most famous venue this summer (or the three on this list who have outgrown its 9,450-person capacity). Instead, we drew from personal experience to highlight a handful of legends, artists to get you groovin’, and some of-the-moment radio stars. From funk to roots rock, rap to electronic, bluegrass to jam, gospel to pop, these 12 shows span the musical gamut and guarantee experiences you’ll be talking about well into fall.

(Read about the geological history of Red Rocks) 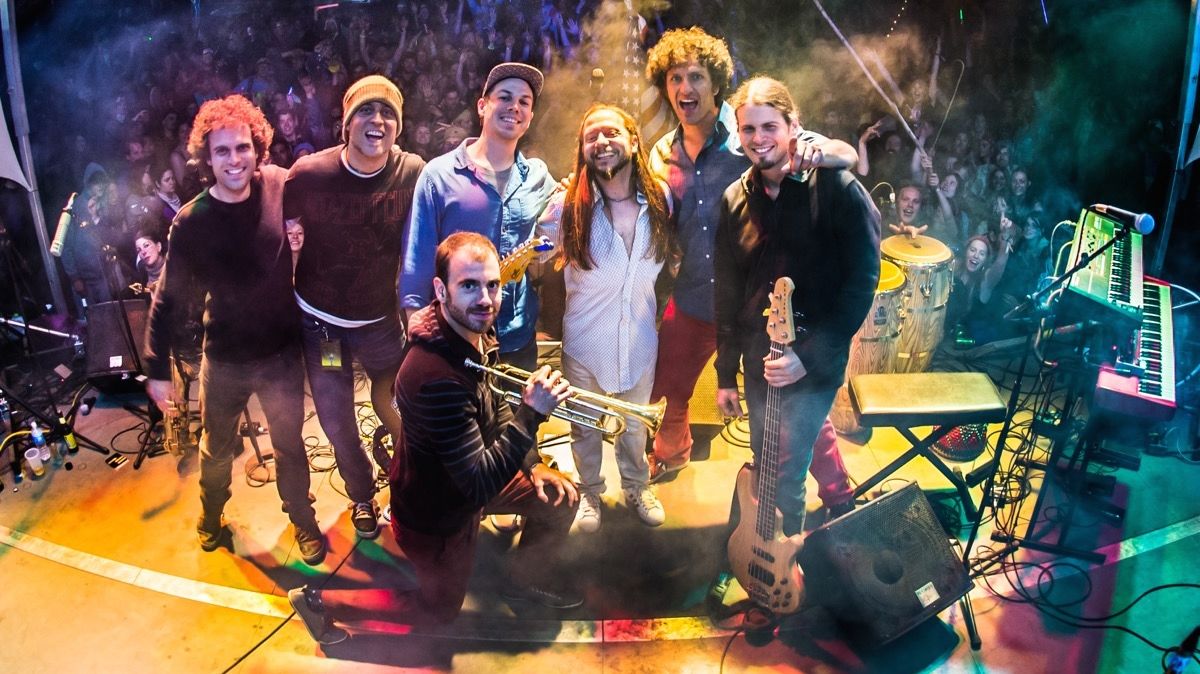 The show: The Motet and Lettuce
Date: June 5
Where: Red Rocks Amphitheatre
Friday, 6:45 p.m., $37.50–$45; redrocksonline.com
Why go: The Motet first formed in Boulder more than 15 years ago, and today the troupe is a Colorado institution, bringing its take on funk, afrobeat, jazz, disco, soul, and world music to originals and covers alike. Brooklyn-based Lettuce has been playing old-school funk for more than two decades now, and is still going strong, with a groovy sound that perfectly complements the Motet’s. Fans of funk won’t want to miss this show, which is guaranteed to have everyone at Red Rocks dancing.
More info: Visit themotet.net and lettucefunk.com 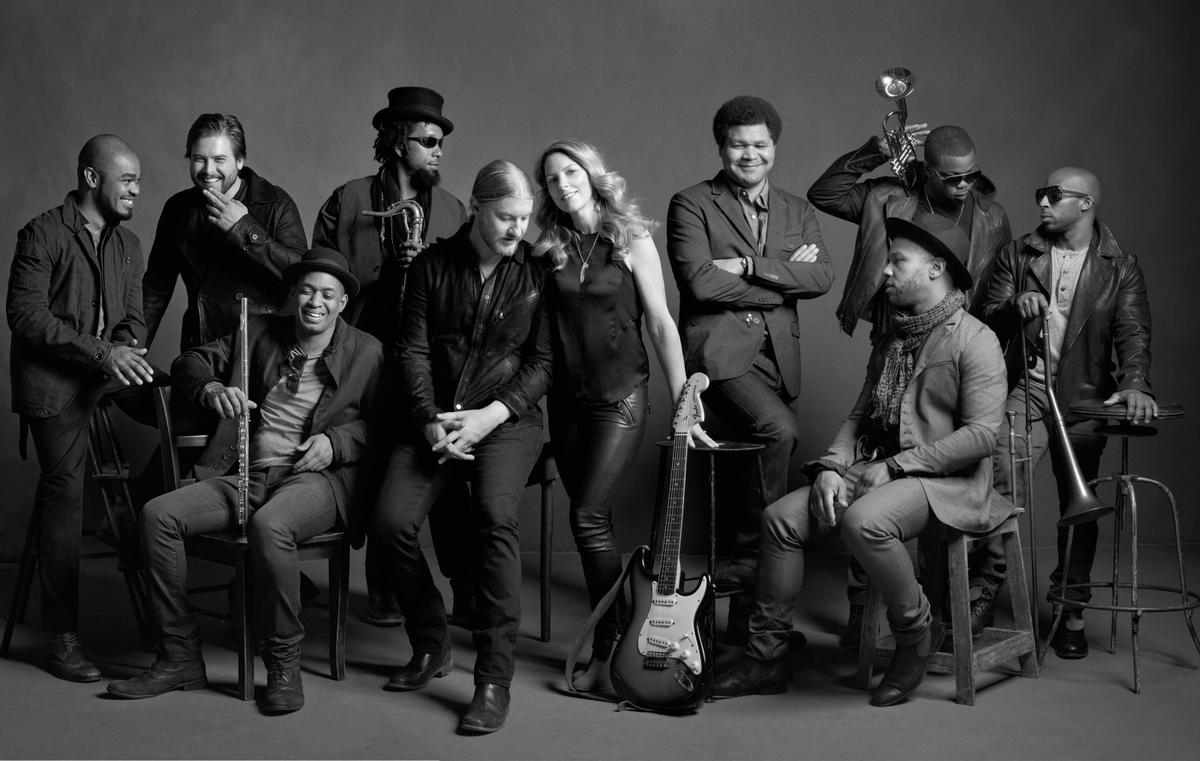 The show: Tedeschi Trucks Band and Sharon Jones and the Dap-Kings
Date: June 13
Where: Red Rocks Amphitheatre
Saturday, 7 p.m., $42–52.50; redrocksonline.com
Why go: Led by Susan Tedeschi and her husband, Derek Trucks (of Allman Brothers fame), Tedeschi Trucks Band merges roots rock with soul, blues, funk, and gospel for a sound that’s uniquely American, and a live show that’s among the best this writer has ever seen. Sharon Jones and the Dap-Kings, on the other hand, is an incredible deep funk revival act with a ’60s soul sound. Keep your fingers crossed for some collaboration between these two acts.
More info: Visit tedeschitrucksband.com and sharonjonesandthedapkings.com 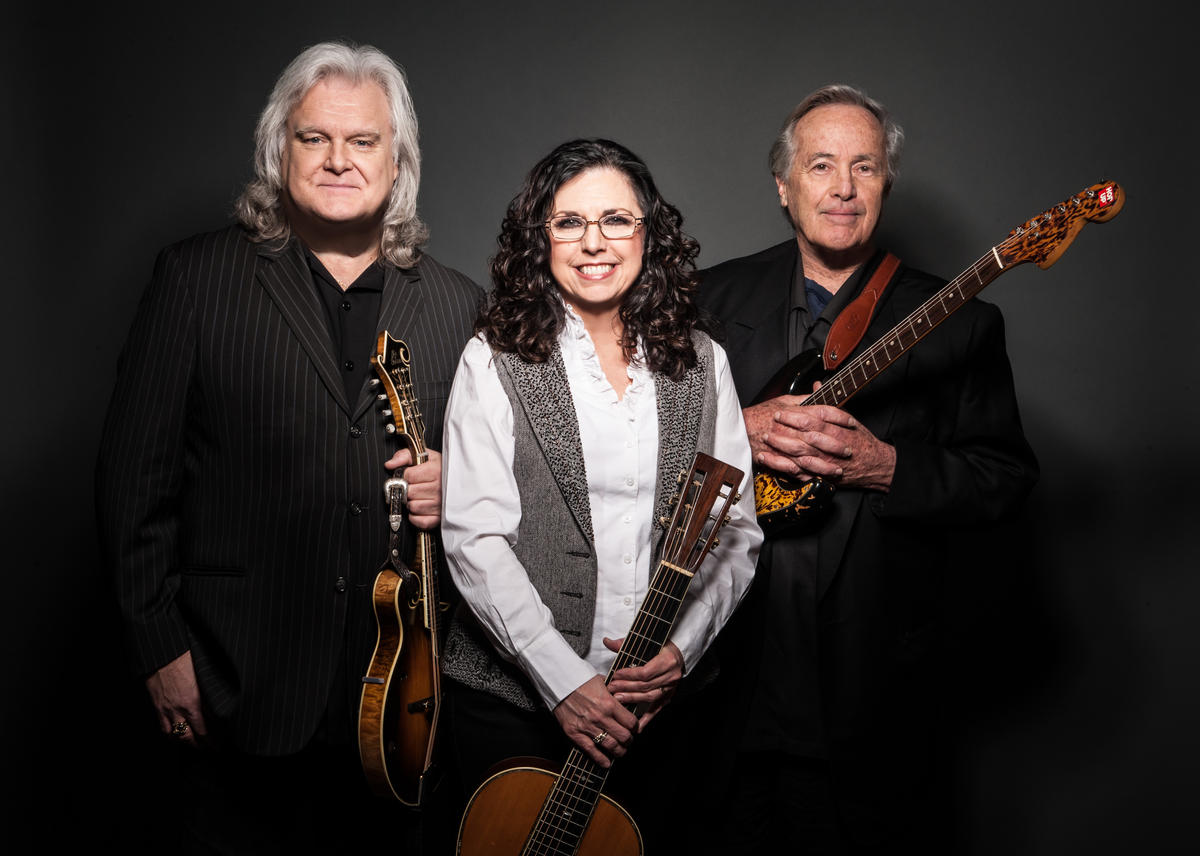 The show: Ry Cooder, Sharon White, and Ricky Skaggs
Date: June 19
Where: Chautauqua Auditorium
Friday, 8 p.m., $45–$75; chautauqua.com
Why go: Husband-and-wife duo Sharon White and Ricky Skaggs are bluegrass and country icons, while Ry Cooder—who’s number 31 on Rolling Stone’s list of the 100 Greatest Guitarists—is a six-time Grammy winner, with more than four decades of experience and 17 solo LPs to his name. In addition to this Boulder show, the trio will also be performing at the sold-out Telluride Bluegrass Festival and the Denver Botanic Gardens. This promises to be a one-of-a-kind tour, with stellar harmonies, world-class instrumentals, and new takes on old tunes.
More info: Visit rickyskaggs.com and rycooder.nl 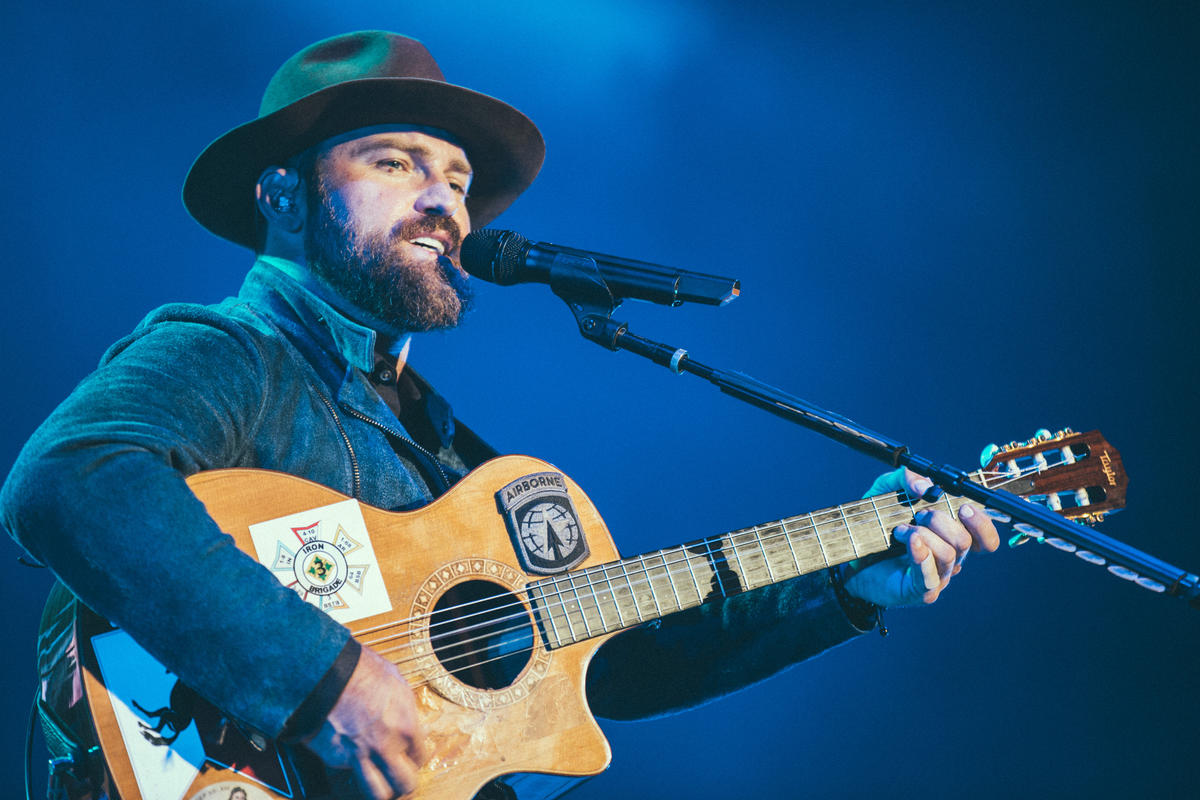 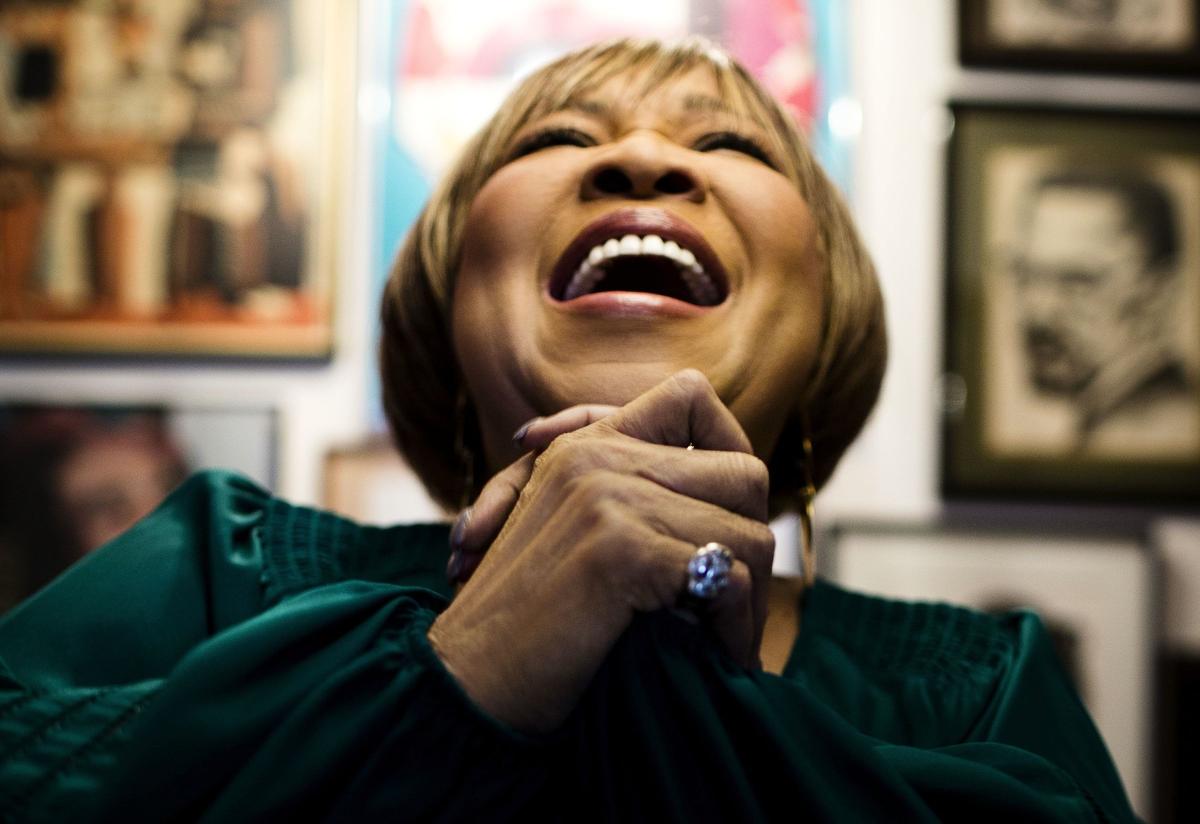 The show: Mavis Staples, Patty Griffin, and Amy Helm
Date: July 16
Where: Arvada Center for the Arts and Humanities
Thursday, 7:30 p.m., $37–$57; arvadacenter.org
Why go: Billed as a night of “Sweet Harmony Soul,” this concert will showcase the affecting vocals of three legendary females, and will also be held on July 14 at Chautauqua Auditorium. Mavis Staples has been a musician and activist for six decades, performing gospel tunes for Martin Luther King Jr. (with the Staple Singers), and more recently, recording two solo albums with Wilco’s Jeff Tweedy. She’s also a Rock and Roll Hall of Famer, a Grammy Lifetime Achievement Award-winner, and among Rolling Stone’s 100 Greatest Singers of All Time. Patty Griffin is a singer-songwriter known for her melodic folk tunes, while Amy Helm, the daughter of the Band’s late Levon Helm, has a powerful voice that easily moves between genres.
More info: Visit mavisstaples.com, pattygriffin.com, and amyhelm.com 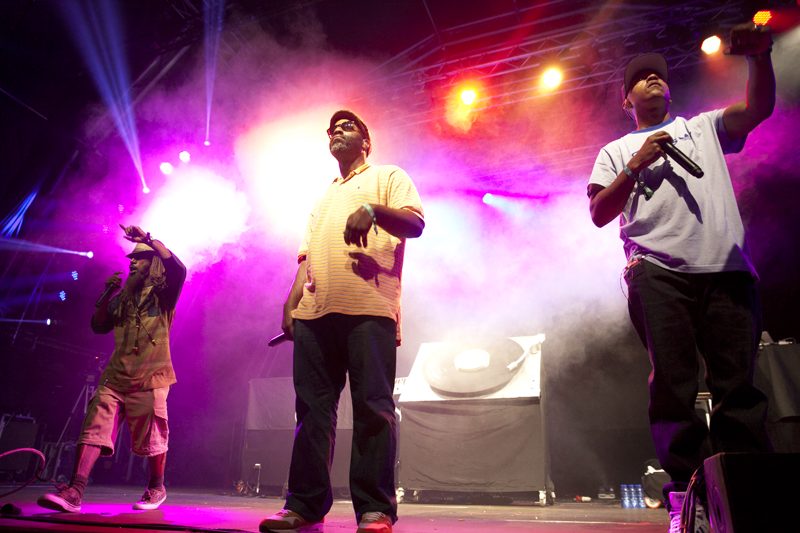 The show: Jurassic 5
Date: July 19
Where: Mishawaka Amphitheatre
Sunday, 8 p.m., $35–$50; mishawaka.ticketforce.com
Why go: No summer would be complete without a little hip hop, and there’s no crew that brings infectious beats and smart lyrics quite like Jurassic 5. The six-piece rap and DJ crew from Los Angeles called it quits in 2007, but reunited in 2013 to play Coachella, and has been touring ever since. Though the group is also playing two nights at the Ogden Theatre prior to this event, you won’t want to miss the opportunity to see them at the beautiful—and surprisingly intimate—Mishawaka Amphitheatre.
More info: Visit jurassic5.com

The show: Hozier with Dawes
Date: August 2
Sunday, 8 p.m., ticket prices vary; redrocksonline.com
Where: Red Rocks Amphitheatre
Why go: This show may already be sold-out, but it’ll be worth hunting down tickets to catch Irish singer-songwriter Hozier and California-based rock band Dawes. The former is a multi-instrumentalist who writes smart, soulful songs, and has influences ranging from choral singing to blues icon John Lee Hooker (his recent Grammy performance with Annie Lennox offers a taste of what fans can expect live). Dawes frequently draws comparisons to the Band and the ’60s Laurel Canyon set, with a vintage sound that incorporates indie elements, roots rock, and laid-back pop.
More info: Visit hozier.com and dawestheband.com 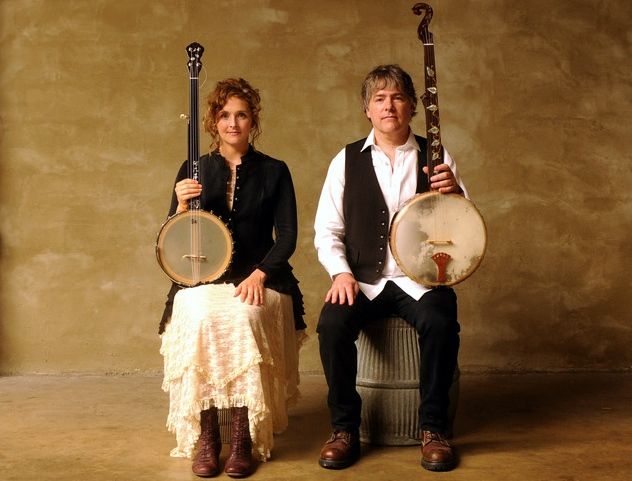 The show: Béla Fleck and Abigail Washburn
Date: August 9
Sunday, 6:30 p.m., $57–$62; concerts.botanicgardens.org
Where: Denver Botanic Gardens
Why go: Béla Fleck and wife Abigail Washburn are among the most prolific banjo players of our time, and when they perform together, the duo’s chemistry, talent, and ingenuity is unmatched. Fleck is a composer as well as a banjo virtuoso, whose work with symphonies, his band the Flecktones, and solo (to name only a few projects) embraces jazz, classical, and bluegrass, and has earned him fifteen Grammy wins. Washburn is a clawhammer-style banjo player and folk singer, who incorporates world music into her stunning tunes. This tour is in support of the duo’s self-titled collaborative album, released in 2014 and celebrated for its rootsy, Americana sound.
More info: Visit belafleck.com and abigailwashburn.com 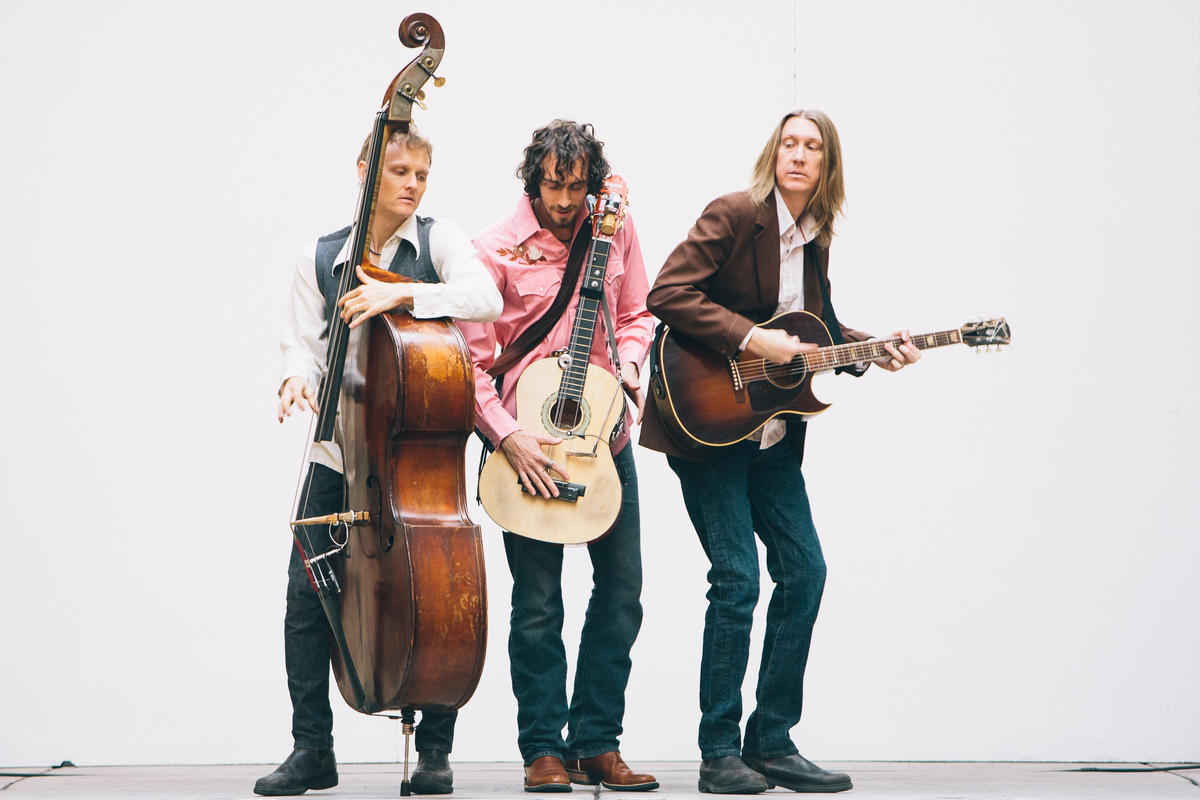 The show: Gillian Welch, Richard Thompson, The Wood Brothers, The Family Crest, and more
Date: August 16
Sunday, 10 a.m., $60; bluegrass.com/folks
Where: Folks Festival
Why go: If you can only attend one day of Lyons’ Rocky Mountain Folks Festival, make it Sunday. The 25th anniversary of Folks Festival is a community gathering (hence the name “Folks” rather than “Folk”), and is known for blurring genres and showcasing a healthy mix of legends and up-and-comers. Roots music revivalist Gillian Welch is a folk icon, Richard Thompson is a world-renowned pioneer of British folk-rock, The Wood Brothers are a roots-rock trio, and The Family Crest is an orchestral indie-rock septet. Sunday will also open with a special 25th Anniversary Gospel Set, and include performances by singer-songwriter Heather Maloney and Australian sister duo The Waifs.
More info: Visit gillianwelch.com, richardthompson-music.com, and thewoodbros.com

(Read more about the Folks Festival) 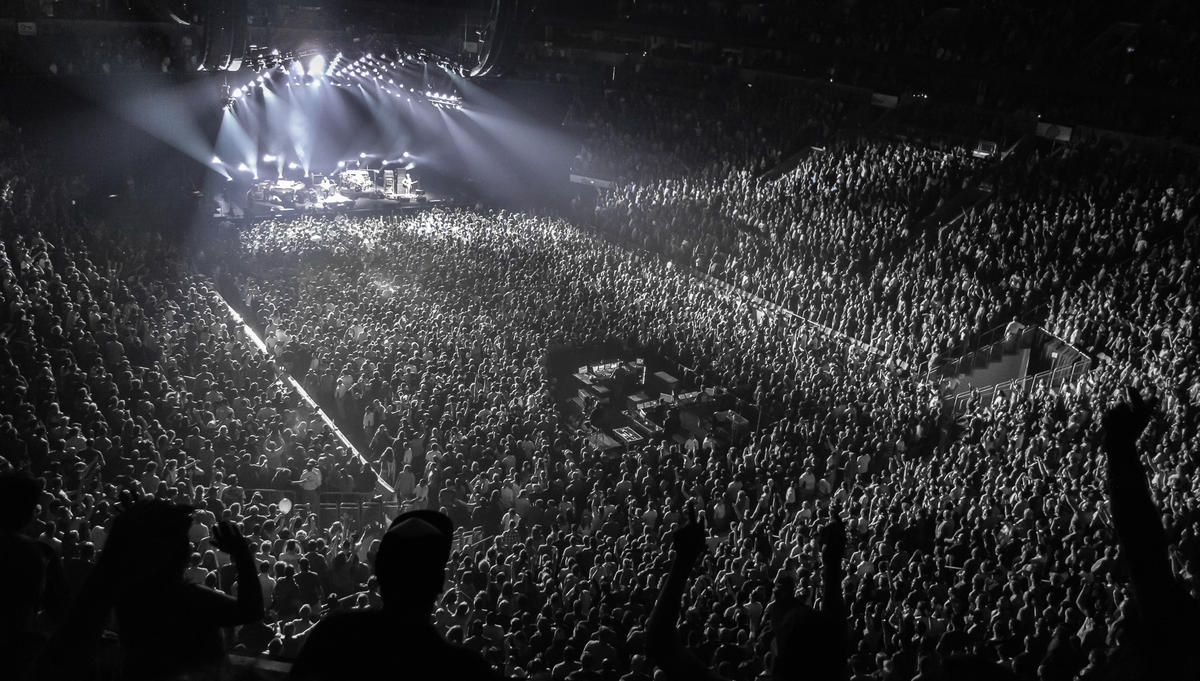 The show: Phish
Date: September 4, 5, and 6
Where: Dick’s Sporting Goods Park
Friday to Sunday, 7:30 p.m., $49.95–$60; dickssportinggoodspark.com
Why go: Thousands of Phish fans will gather Labor Day weekend for the fifth consecutive year of the band’s three-night residency, and for good reason. More than a jam band, Phish is among the most innovative and technically expert groups touring now, combining elements of jazz, bluegrass, reggae, and pop to create original tunes and quirky covers. Three decades in and the quartet is as fun (and weird) as ever, still riding the wave of Fuego, released last year, and motivating thousands to travel for the chance to see them live.
More info: Visit phish.com 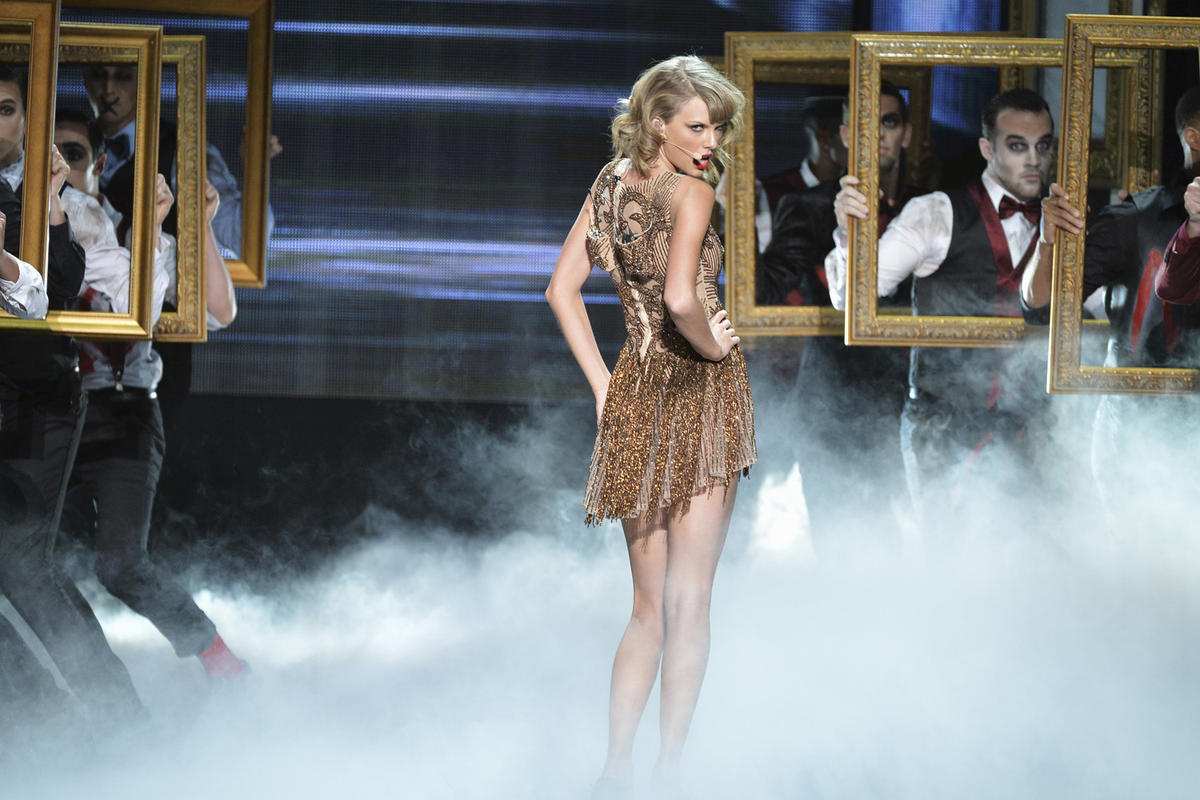 The show: Taylor Swift
Date: September 5 to 6
Where: Pepsi Center
Saturday and Sunday, 7 p.m., ticket prices vary; pepsicenter.com
Why go: Also performing over Labor Day weekend is pop sensation and complete badass, Taylor Swift. Known for her songwriting ability and vocal chops, Swift is a seven-time Grammy Award winner and tabloid sensation, not mention the first artist since the Beatles (and the only female ever) to log six or more weeks at number one in U.S. sales with three consecutive studio albums. Swift’s influences range from country to electronic, making for modern tunes that are catchy and personal, and a live show filled with anecdotes, theatrics, and infectious energy.
More info: Visit taylorswift.com 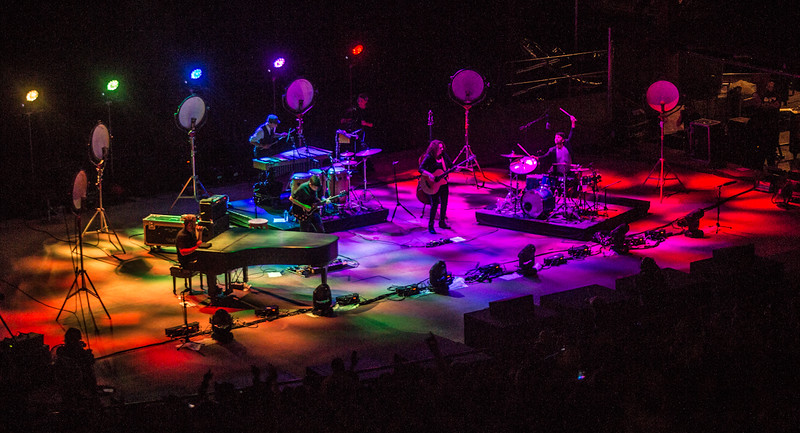 The show: Sound Tribe Sector 9
Date: September 11 to 12
Where: Red Rocks Amphitheatre
Friday and Saturday, 7:30 p.m., $42.50–$50 or $74.50 for a two-day pass; redrocksonline.com
Why go: Sound Tribe Sector 9 formed in Atlanta more than 15 years ago, spearheading the jamtronica movement. With a live band that features guitar, keyboards, percussion, drums, and bass, STS9 create dub-influenced psychedelic rock, emphasizing improvisation and incorporating elements of jazz, funk, and even hip-hop. Original bassist David Murphy left the band in 2014, and was replaced by Alana Rocklin—who plays upright, electric, fretless, and midi bass—shortly thereafter. Rocklin has revitalized the band, with a groove that weaves well amidst old material while adding a one-of-a-kind flair to new covers and originals alike. Another reason to go: STS9 is touring with its largest production rig ever, complete with top-notch sound and one of the most visually stunning light shows you’ll see all year.
More info: Visit sts9.com

Discover more ways to enjoy summer in Denver at 5280.com/summerguide.