As yards go, this one in Platt Park barely deserved the name—at least, not as far as homebuyers Caroline and Sean McKibben were concerned. When the couple and their dog, Maple, moved into the bungalow in 2013, the front yard was a plot of red mulch, dull concrete, and gray rocks with not a blade of grass to be seen. “We knew when we purchased the home that the yard was going to be a major project,” Caroline says, “but we were excited to personalize it. We’ve had fun with the small touches.”

Many of those details are the handiwork of Alissa Shanley and Chris Silkwood of Denver’s B. Gardening Landscape Design. The McKibbens hired the firm to transform their outdoor space into a welcoming introduction to the home’s exterior, which also received some simple but impactful renovations.

The challenge, says Shanley, was blending the couple’s individual tastes. Caroline, who hails from Vermont, wanted something traditional and pretty; Sean, a Colorado native, prefers a more contemporary aesthetic. “We needed clean lines, but not too modern,” Shanley says. “Something to fit the house.” So she planted a right-angle border garden around the porch and anchored it with soft hydrangeas. Complemented by a colorful window planter box and a strategically designed side yard, the effect is charming and timeless—and keeps all the McKibbens (including Maple) happy. 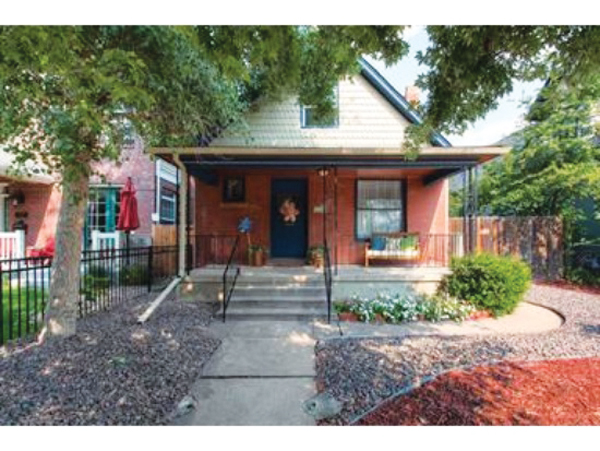 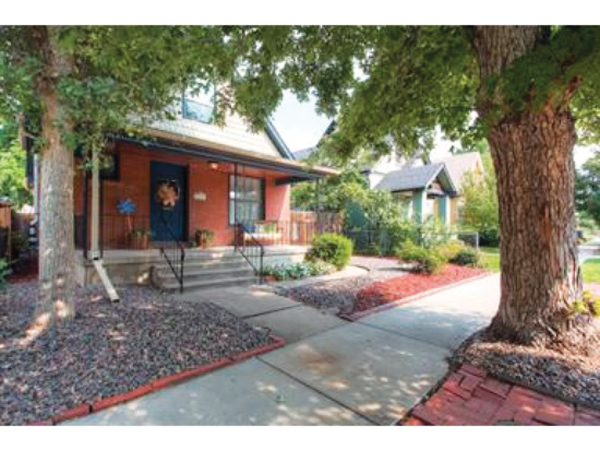 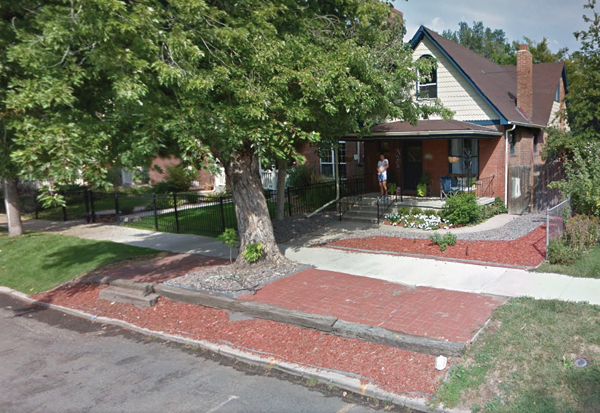 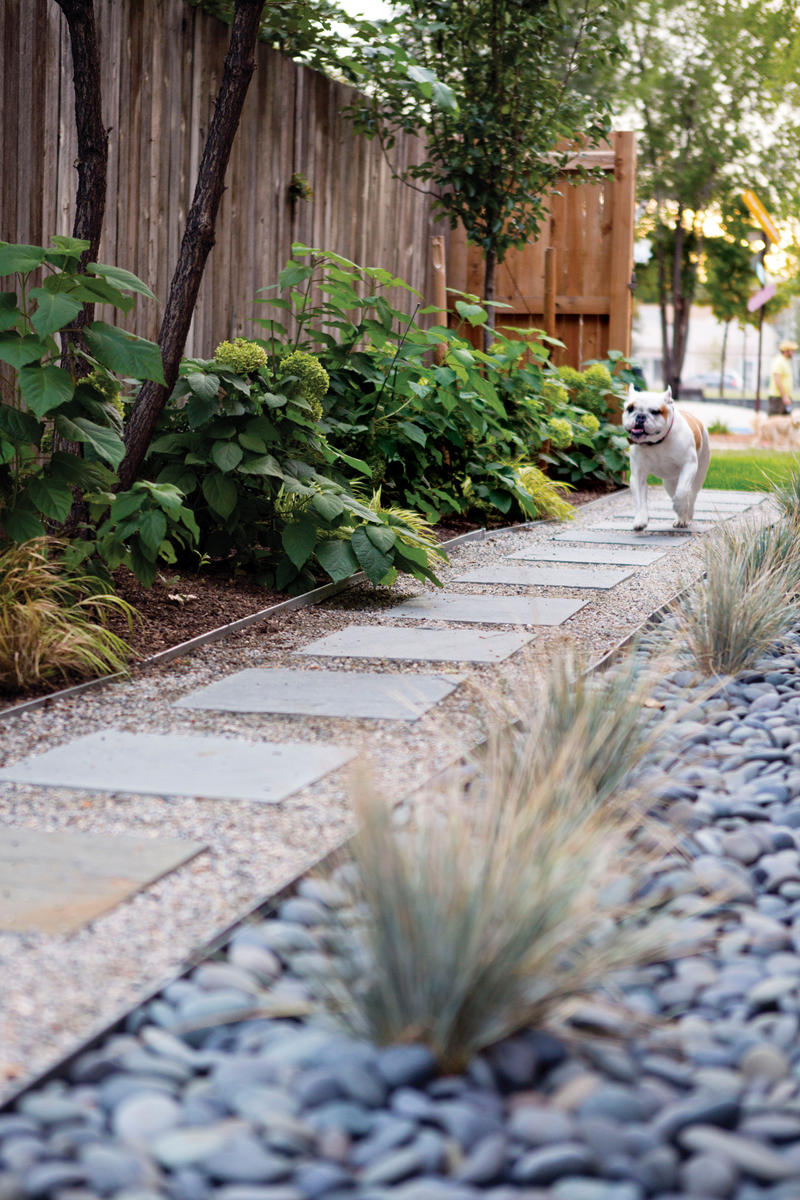 Three things to consider when tackling your own side yard:

In many historic bungalows, the living room windows look out onto side yards. Instead of staring at a blank fence, plant tall, narrow trees—such as Chanticleer pear trees—for a little scenery.

Even though they’re narrow, side yards receive drastically varying levels of sunlight. Here, B. Gardening opted for an asymmetrical design: blue oat grass and black Mexican beach pebbles for the sun-baked side and a lusher landscape of green mountain boxwoods, Annabelle hydrangeas, and Japanese forest grass on the shadier portion.

This space connects the front to the back, meaning it’s bound to be used as a walkway—so set it up like one from the get-go. Here, the square steppers (Pennsylvania blue flagstone) are set in an aggregate of gray breeze and granite. 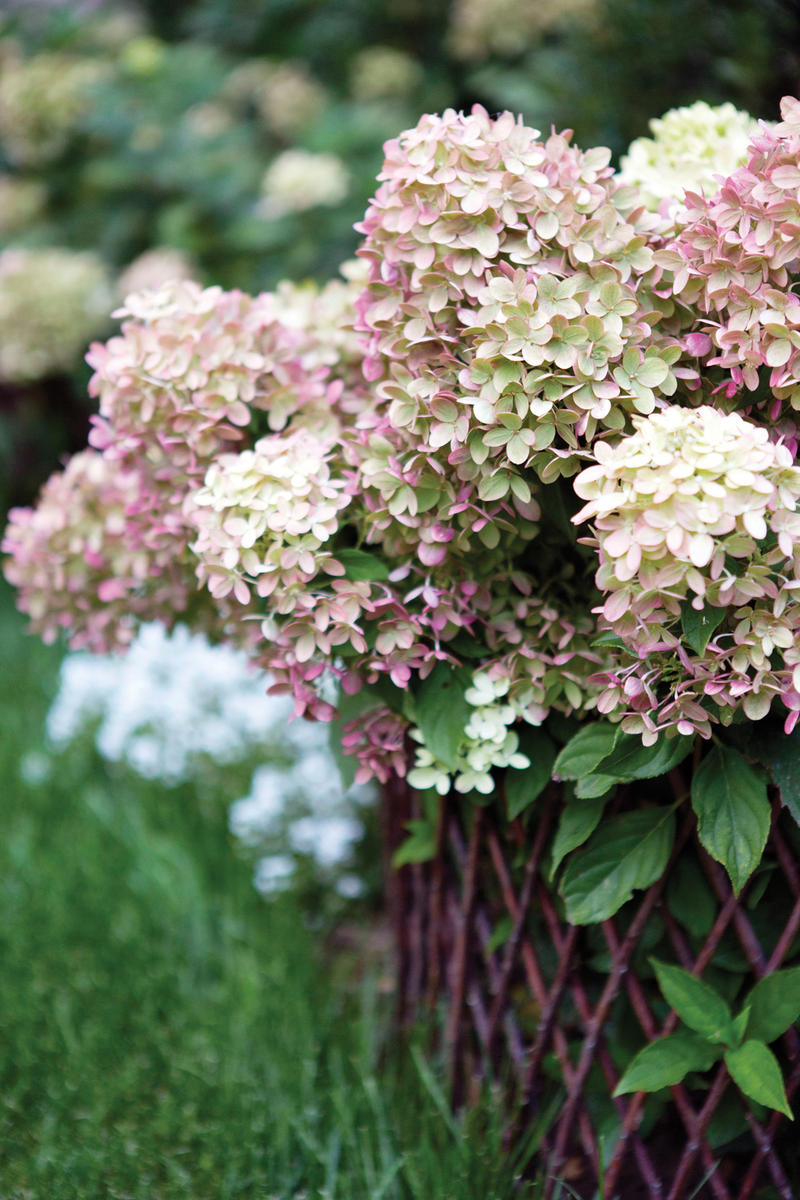 B. Gardening’s top tips for planting a low-maintenance border garden around your front porch.

Use good mulch. Shanley recommends Soil Pep (try a garden center), which is made with composted bark products, retains moisture, and acts as a soil conditioner. Design note: Avoid red mulch. “It competes with everything,” Shanley says. “Your mulch should be neutral—a background to everything that is beautiful.”

Keep it simple. Pick two or three plants for the space and repeat them (here, Shanley used hydrangeas and boxwoods, which add height). Too many types of plants in a small garden can look messy.

Study the light. Some plants won’t make it in the sun (and others won’t thrive without it). Never plant hydrangeas where they’ll catch full afternoon rays; they work here because the McKibbens’ garden is shaded by a large tree.

So you have a classic window planter—but what do you fill it with? “I like to use things that trail a little bit so they drape over the side, but not so much that they grow down the front of the house,” Shanley says. For the McKibbens, she chose calibrachoa, which blooms all summer as long as you feed and water. The porch’s hanging planters feature petunias and fuchsia flowers. 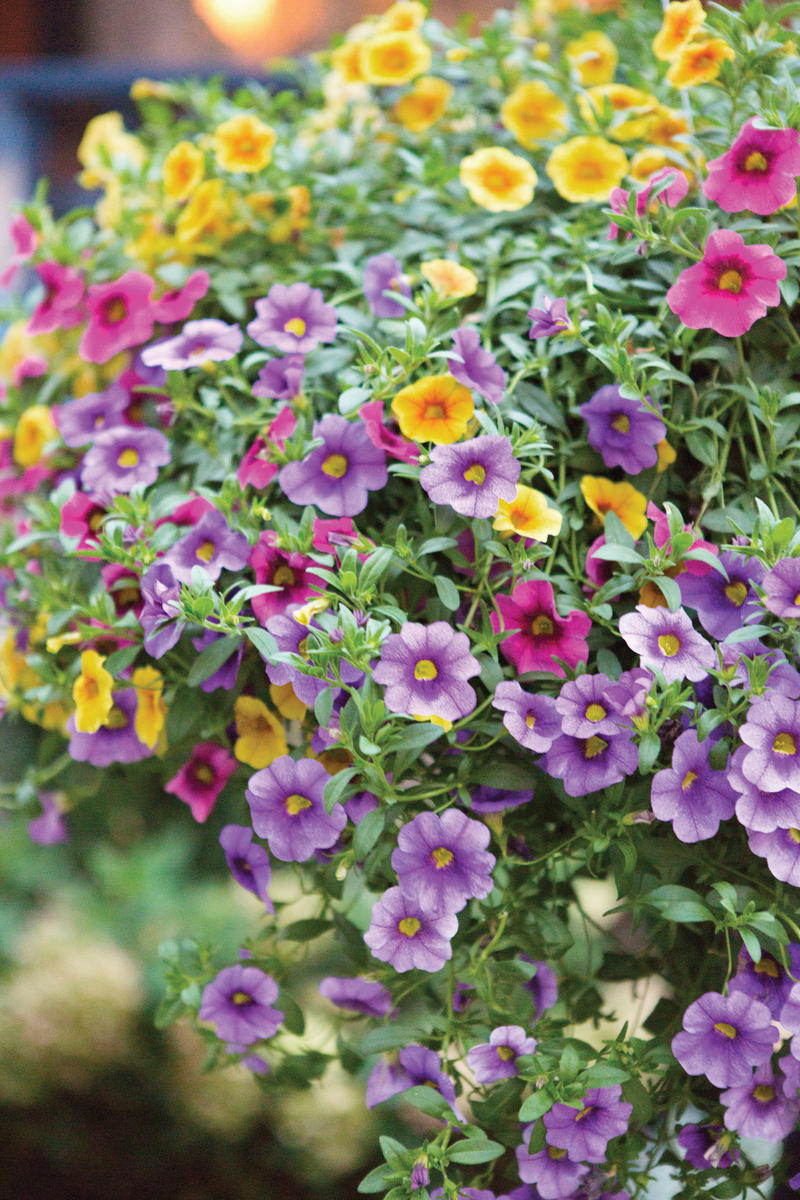 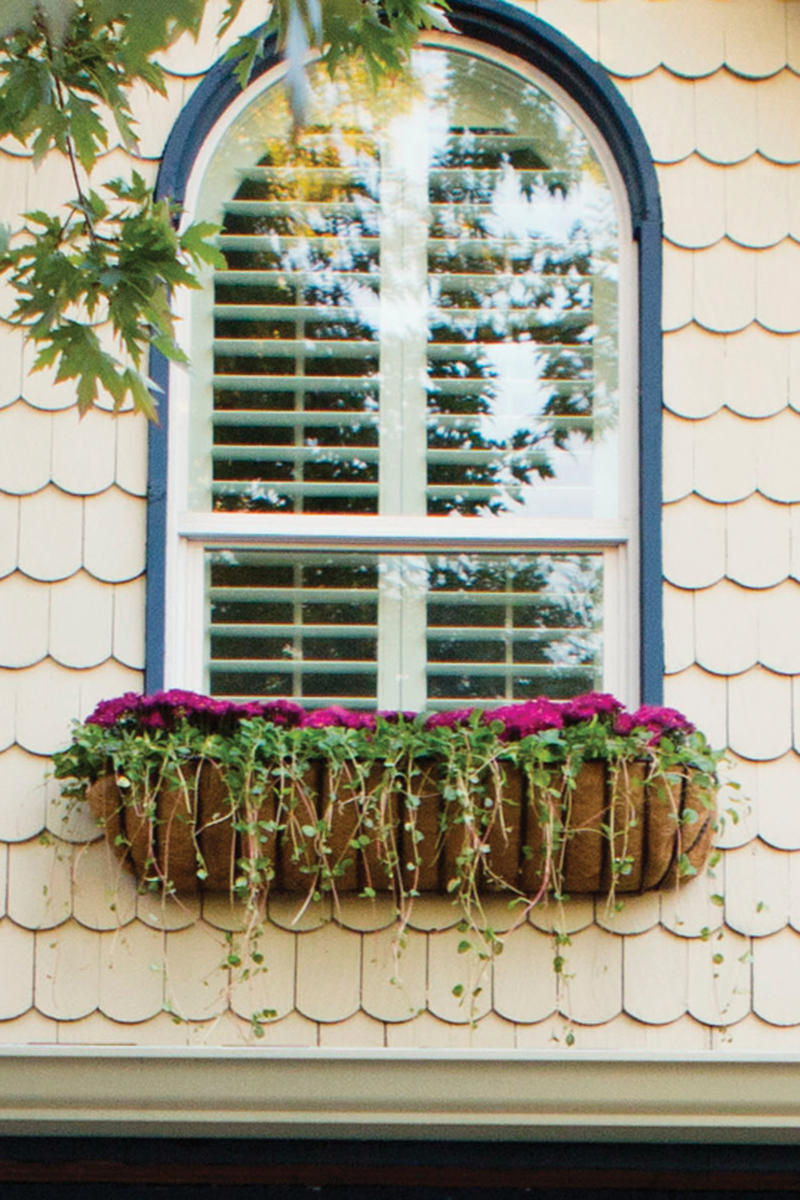 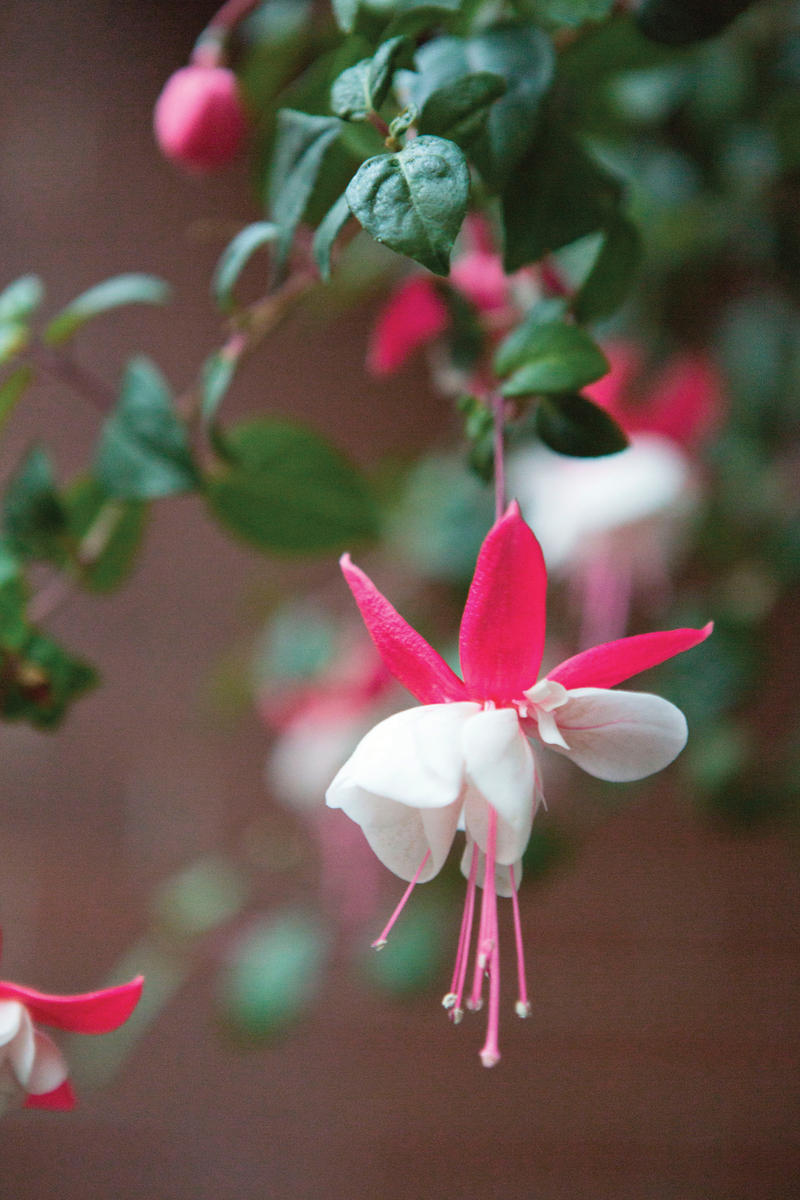