When Ryan Diggins, a commercial developer in Denver, started contemplating his next project a few years ago, he was keen on using old shipping containers to construct a modern mixed-use microspace on an empty lot in RiNo. Unfortunately, nobody had attempted such a complex in Colorado (How would it work? What would it look like?), so he turned to a classic toy for early prototyping. “I used Legos to mimic stacking and orienting the containers to see what looked best,” he says. In 2013, he and his builder, Sprung Construction, opened 25th & Larimer, a complex with 29 containers that house businesses such as outdoor-apparel retailer Topo Designs, a series of office tenants, and two of Denver’s most highly acclaimed new restaurants, Work & Class and Cart-Driver. “We’re in a gritty, transitioning neighborhood, and the containers fit what RiNo is,” Diggins says. “Very rugged, very minimalist.” 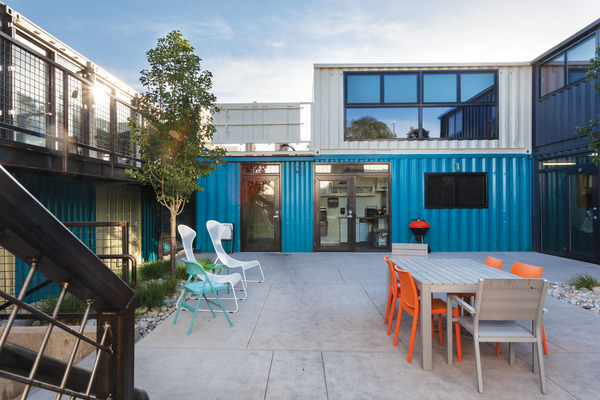 Constructed of heavy-gauge steel, shipping containers are versatile, nearly indestructible building materials that have become popular across the country. They can be moved relatively easily, meaning a homeowner could plop one down in his backyard to use as a workspace or in the mountains as an off-the-grid getaway. The containers are narrow (generally eight feet wide) and range from 20 to 40 feet in length, making them—as Diggins found—endlessly customizable and stackable. And given that the containers reach a point at which they must be retired from the shipping industry, second lives as homes or offices keep them from ending up in a landfill. 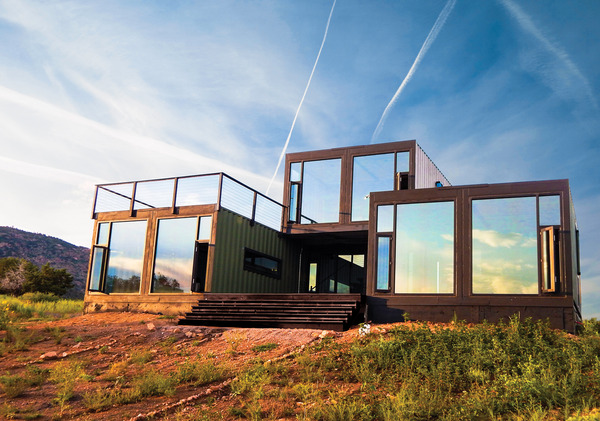 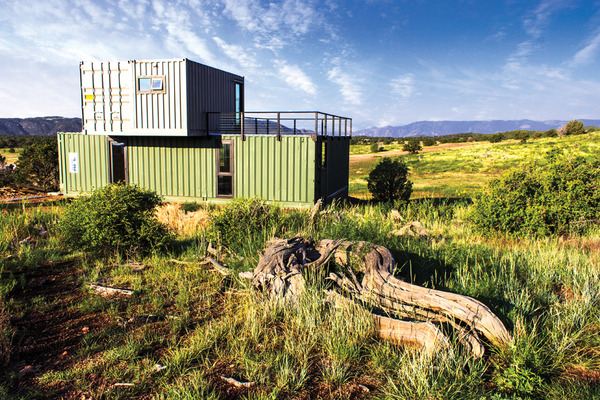 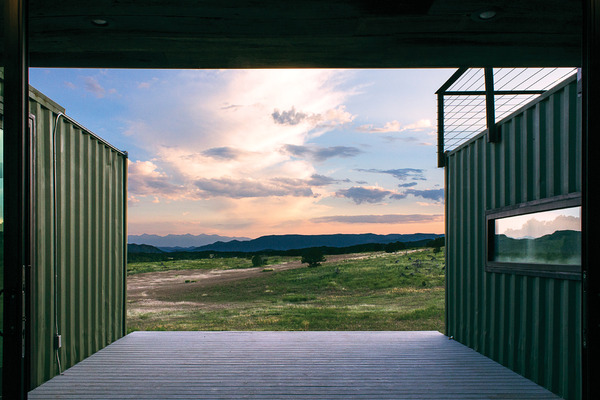 Little surprise, then, that they’ve caught on in Colorado. Rhino Cubed, a small company founded by artist Jan Burton and architect Sam Austin, designs custom-built containers for home and studio use; architect Mark Gerwing used two containers to build a house on a narrow lot in Boulder; and Brad Tomecek, principal of Denver’s Tomecek Studio Architecture, has designed three shipping-container homes around the state, in Cañon City, Nederland, and Sugarloaf (the first two with his previous firm, Studio H:T). For Tomecek, the attraction is the element of reuse and the challenges of using a new material. “We’ve been building largely the same way for 200 years, with stick frames,” he says. “Big picture, we’re just looking at new ways to build.”

Developers are finding uses for the containers in commercial enterprises as well. Following the success of 25th & Larimer, Avanti Food & Beverage—which will use customized containers to create a series of seven kitchens inside a LoHi building that once housed a printing press—is slated to open this summer. Developers and restaurateurs Patrick O’Neill, Brad Arguello, and Rob Hahn designed the space so that chefs and restaurateurs can rent food truck–like kitchens to give their concepts test runs; the containers give a sleek, modern aesthetic to what could be pegged as a food court. “We’re taking the [containers’] industrial feel and elevating it,” says Lauren O’Neill, one of Avanti’s designers. “We’re presenting this space, this gourmet food hall, as a place for chefs to showcase their crafts.”

Shipping containers are not without challenges: The narrow spaces are dark and uninsulated. Getting natural light means bringing in welders to open windows in the boxes, which is costly. Adding warmth requires building either an exterior sheathing or interior walls and expensive spray insulation—which means finding contractors willing to work in nontraditional spaces. Dealing with zoning requirements can be tricky too. In the end, shipping container construction in Colorado runs around $200 per square foot, which is on par with stick-built structures. “The more you open it up, the more you have to reinforce with steel welding,” Diggins says. “That’s the biggest expense on the projects.” Tomecek puts it more simply: “You have to love shipping containers to build with them.” Lucky for us, plenty of people in Colorado do. 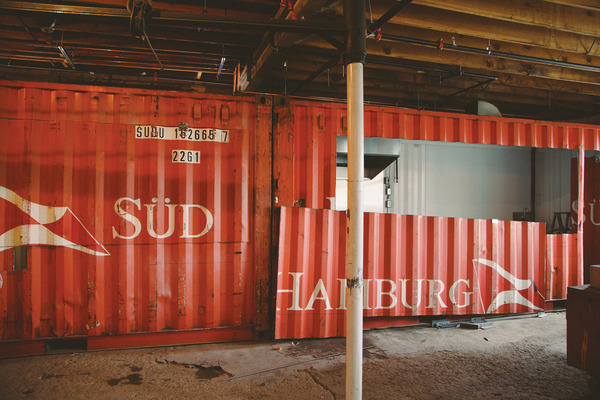 [LoHi] The forthcoming Avanti Food & Beverage (slated to open this summer in LoHi) is a gourmet food hall concept that will use shipping containers for each of its kitchens.
—Rendering courtesy of Arguello Interiors and Scout Interiors; photo courtesy of Fortuna Films