Baur’s Listening Lounge
The elegant 19th-century building at 1512 Curtis Street has been a lot of things in the past few years: Baur’s Ristorante (RIP 2011), Le Grand Bistro (RIP 2014), and now Baur’s Listening Lounge, a New American restaurant-bar-meets-intimate concert venue (DOB April 24, 2015). It’s a quirky concept, but might just be funky enough to work in a space that almost seems cursed. The bones of the building—the tiled floors, dark wood booths, and cream-colored walls—haven’t changed much since Le Grand evacuated the space last summer. But owner Dory Ford has added his own nostalgic touches to the high-ceilinged haunt: historic black-framed photos of Denver along the back wall, a phonograph and old-school gumball machine, and next to the gleaming bar, a small stage, baby grand piano, and cozy seating area for small concerts booked by Denver nonprofit the Music Appreciation Society. (This month: The Revelers on June 28.) Sidle up to the ample bar and order a well-executed classic like a Vieux Carre or Hemingway Daiquiri (no blender, ever, please) or one of Baur’s own appealing creations, like the Leviosa Rosa, a marriage of Woody Creek Vodka, St. Germain, Campari, Lemon, and Grenedine. Then pair it with a small bite from what Ford calls his “cordillera cuisine concept” menu. We’re not entirely sure what that means either, but we do know that the Curtis St. Poutine ain’t half bad. 1512 Curtis St. 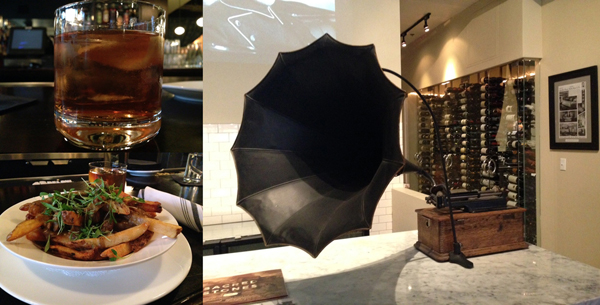 Union Lodge No. 1
Tucked between a Cheba Hut and Boney’s BBQ, you could easily miss this six-week-old spot, set just off the 16th Street Mall. But if you did, you’d be missing out. The cute little watering hole (just three bistro tables, about 16 bar seats, and a couple of banquettes fill the space), from the folks behind Arvada Tavern, demonstrates an inordinate amount of attention to detail in its cocktails. We’re talking house-made tonics (rhubarb, anyone?), hand-chipped ice, and a 12-page cocktail menu book. Each page is devoted to a single classic cocktail or two and outlines everything from the history of the drink to its ingredients and flavor profile in playful fonts. Union Lodge’s décor is sparce but full of story, like the massive 1877 flag with 38 stars (Colorado was the 38th state) on the wall behind the bar, or the antique, but functional cash register on the back bar. Your vested, be-jiggered (of course) bartender will be more than happy to tell you about them as he carefully crafts your Southern mint julep (bourbon and mint, the menu notes; those damn Yankees use cognac, rum, and mint in their Northern version). The only thing the menu doesn’t have? Food. So come thirsty, but not hungry. 1543 Champa St. 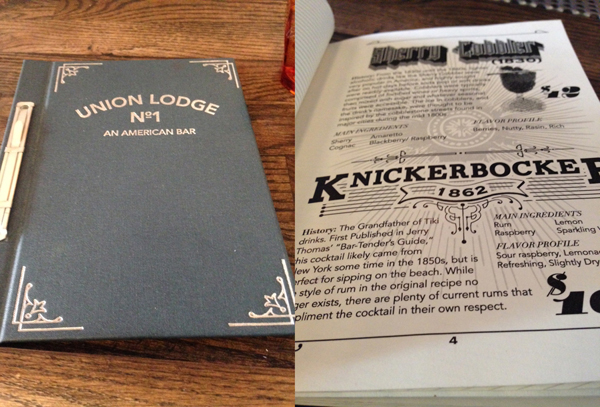 The Farm House
Generally speaking, we keep our Bar Buzz coverage limited to bars, not brewpubs, so as not to tread on our talented beer writers’ turf. Some additions, though, are too big to ignore. Breckenridge Brewery’s new Farm House is one of them—in more ways than one. Not only is the move of one of Denver’s biggest brewers to the ‘burbs (Littleton) a notable occurrence, but the chosen site is also massive: 12 acres to be exact. And the Farm House sits smack in the middle of it, directly across from the two-story, 76,000-square-foot brewery, which begins giving tours this weekend. Dressed in generous wood (beams, bars, and tables) and accented by an enormous stone fireplace and ample picture windows that look out on the pastoral scene, the Farm House feels as much like a mountain lodge as it does a ranch. The food reflects a slightly more sophisticated take on the burgers you’ll find at other Breckenridge Brewery spots (barbecued heirloom carrots, and a buratta and tomato salad, for example). But you’re here for more than the elevated menu and convivial atmosphere. You want the beer. There’s plenty of it: The Farm House’s 16 taps pour all the Breckenridge standards, plus some rarer seasonals and small-batch brews you won’t find elsewhere. Our favorite part of the menu, though, might be the “Good Beer & A Clean Shot” section, where the bar staff has paired favorite Breck beers with their appropriate boozy back, like, say Lucky U IPA and Leopold Bros.’ Fernet Branca, a perfect nightcap best enjoyed outside on the wrap-around porch. 2920 Brewery Lane, Littleton 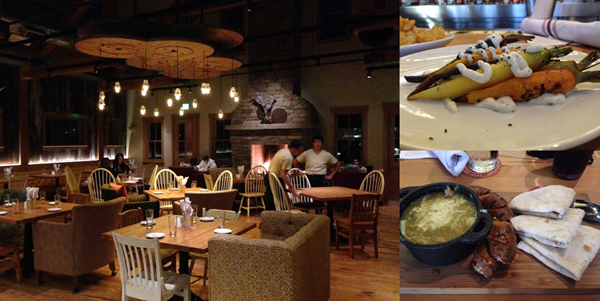