Look out! We’re leaving our beloved square state for another. But don’t worry—the drive time to our destination is usually less than it is to many of our favorite I-70 mountain locations. In 5280′s first departure from in-state First-Timer’s Guides, we went up to 7,200-foot Laramie, Wyoming. The town of about 32,000 residents is most notably home to Wyoming’s only state college, the University of Wyoming, which boasts approximately 14,000 students who balloon the city’s population during the school year. Head to the Gem City in the summer for cool(er) temps and the feeling that you’re escaping back to a slower pace of life. 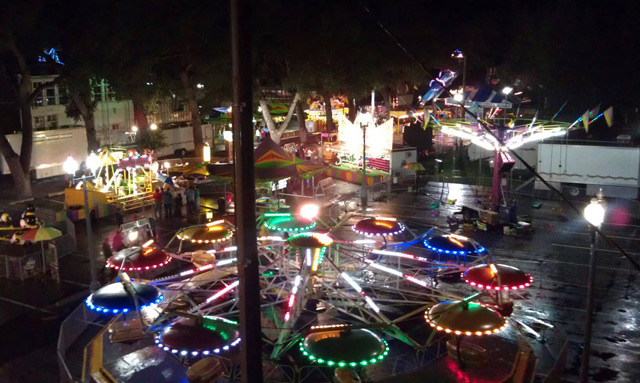 Mid-Summer Classic: Get jubilant (yes, it’s a noun) as Laramie celebrates the 79th Anniversary of Jubilee Days. The small town honors its Western roots with a week’s worth of Professional Rodeo Cowboys Association (PRCA) events, along with a carnival, parade, and weekend street dances where cowboy hats and boots are highly encouraged. 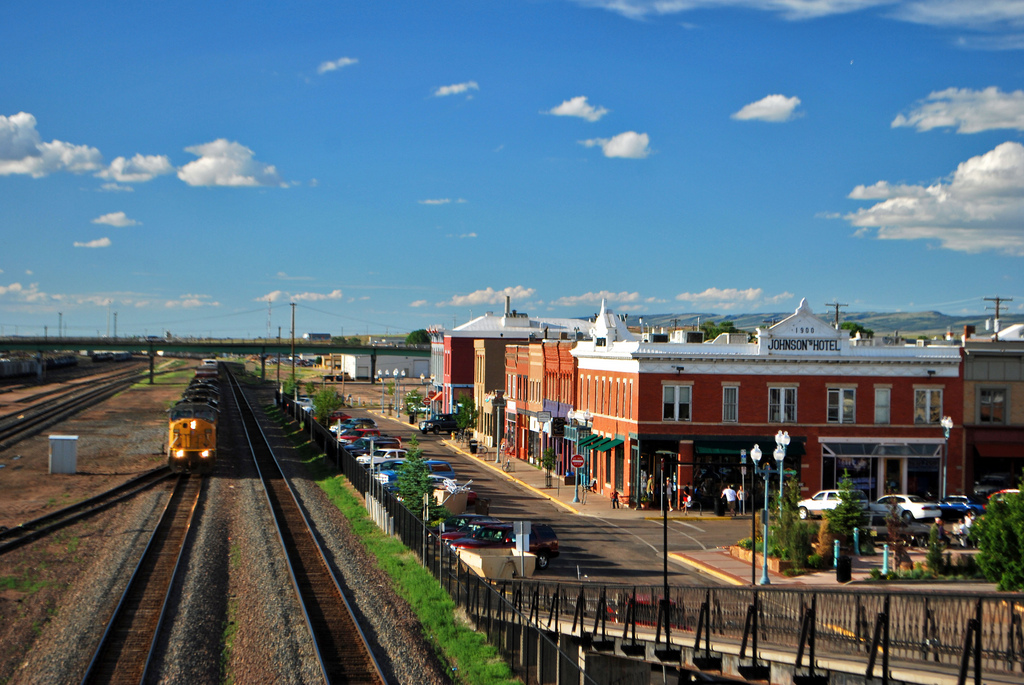 A view of downtown Laramie; Photo by Linda Paul / Flickr

Eat: When you get hungry, head to the Crowbar & Grill on Second Street in downtown Laramie. A signature sledgehammer pizza (pepperoni, Italian sausage, prosciutto, fried egg, white cheddar curds, red sauce) will feed the whole crew after mountain biking, rock climbing, or just meandering around town. Locals tip: Indulge in a delish diner breakfast burrito at J’s Prairie Rose. The too-big-for-one-serving, smothered morning meal will fuel an entire day’s worth of adventure or make up for a late-night swing-dancing escapade.

Sip: Known by name from its two sibling coffeehouses, the Coal Creek Tap opened in March 2014 by the railroad tracks and is consistently churning out brews with regional monikers like the Bath Farmhouse Belgian Amber (named for one of Laramie’s first families) or the Bucket of Blood double red IPA (named for the town’s first bar). We’d pick the 6 percent ABV, super hoppy Laradise extra pale ale for summer sipping. Sit atop the treestump barstools at the Altitude Chophouse and Brewery for a pint or three from its award-winning roster of 4.8 to 7 percent ABV beers. The always-on-tap Tumblewheat, a Great American Beer Festival silver medalist, is an easy fit for most palates. But if you like ’em dark, indulge in the 7200′ Stout for a rich, nitro-infused swig. 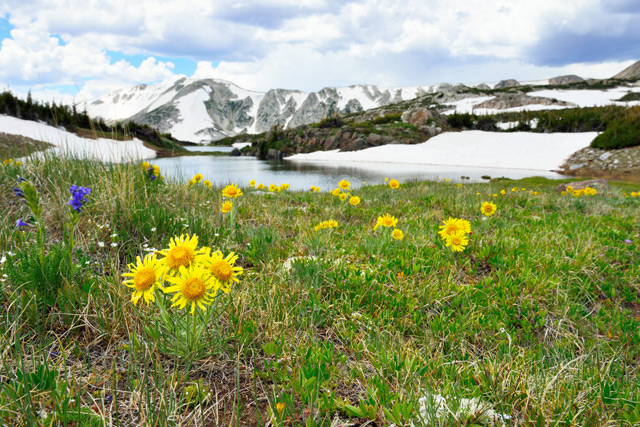 Stay: If posting up tent-to-tent with your new outdoor neighbors (ahem, most of the Front Range) isn’t what you’re looking for when it comes to outdoor accommodations, head west or east from Laramie. To the west: Head to the Snowy Mountain Range and camp beneath Medicine Bow Peak for easy access to this 12,014-foot summit just more than a half-hour from Laramie. To the east: Post up at one of the dispersed campsites around Vedauwoo (pronounced ve-da-voo) to explore the enchanting rock formation, home to world-class rock climbing. And if a resting place with walls and a bed is what you want, check out the Hilton Garden Inn, which sits across the street from the university’s welcome center. Just plan on booking out months in advance if you’re visiting on a home football weekend. 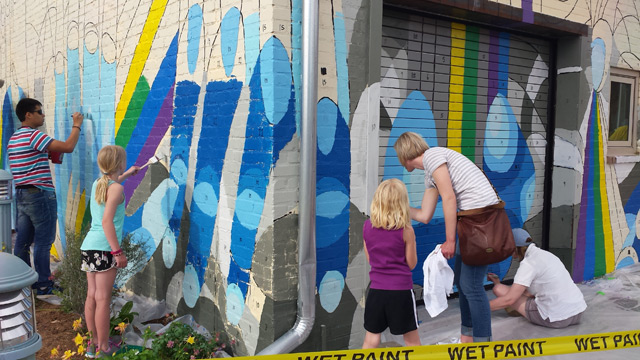 Street Art: Since 2011, local Laramie artists have used blank brick walls in the downtown corridor as canvases for large-scale murals as part of the Laramie Mural Project. Check out the art as you wander downtown—we love the “Gill Street” fish-inspired mural behind Altitude Chophouse & Brewery—and dial into the audio cellphone tour at 307-200-0040 for more about each piece of work from the artist.

If You Do One Thing: Dig into the history. Start with pieces that were actually dug up at the University’s Geological Museum, which houses “Big Al,” the most complete Allosaurus fossil ever found, and 50,000 other fossil, rock, and mineral specimens. Then, jump forward a couple million years to tour the Wyoming Territorial Prison, which operated from 1872 to 1903 and housed infamous prisoners, such as notorious train robbers like Butch Cassidy.