Multi-instrumentalist Sam Bush is a living legend, having grown up in the shadow of the father of bluegrass (Bill Monroe), pioneered his own musical genre (newgrass), and won multiple Grammy Awards. Bush is a highly in-demand session musician—best known for his work on the mandolin and fiddle—but he’s also a talented singer-songwriter and banjo player, whose career has spanned six decades and inspired everyone from Taylor Swift to the Avett Brothers. Revival: The Sam Bush Story, a documentary from See Forever Entertainment and Wannabe Films, tells Bush’s tale through interviews with some of the biggest names in country, bluegrass, and folk music (think Alison Krauss, Emmylou Harris, David Grisman, and Del McCoury, just to name a few), as well as with Bush himself.

Kris Wheeler, who co-directed the film with Wayne Franklin, explains, “Bush—while revered by so many people and an influence for many artists and bands that have gone on to be more famous than he—is still somewhat of an unknown legend to so many potential fans. I love discovery films, and I knew this film was going to be a discovery film for so many people. The challenge was making sure it appealed to an audience beyond Sam’s core fanbase.”

Revival, which has only been shown at the Nashville Film Festival (where it won the Audience Choice Award for best music documentary), will have its Colorado premiere on June 17 during the Telluride Bluegrass Festival (it will also be shown again on June 19). Why the bluegrass festival? Bush, also known as the King of Telluride, has been integral to the festival for 40 years now, sitting in with virtually everyone and playing his own headlining set, as well as one with the Telluride House Band.

Chris Thile, a mandolin virtuoso in his own right, opens the film by setting the bluegrass scene. As he tells it, Bush was under a lot of pressure to be the next Bill Monroe, especially considering his father wanted him to grow up to be the house fiddle player for the Grand Ole Opry.

“Sam had the guts and the vision to say no,” says Thile, explaining that instead Bush said, “I’m going to be the first Sam Bush though.”

That sentiment sets the tone for the entire film, which documents a career spent breaking molds and flouting music industry standards. Bush may have been raised on bluegrass, but he loved rock ’n’ roll and reggae, and as his style evolved, he began to blur the lines between genres. As nearly every interviewee concedes in the film, Bush also epitomized “cool” in the process. 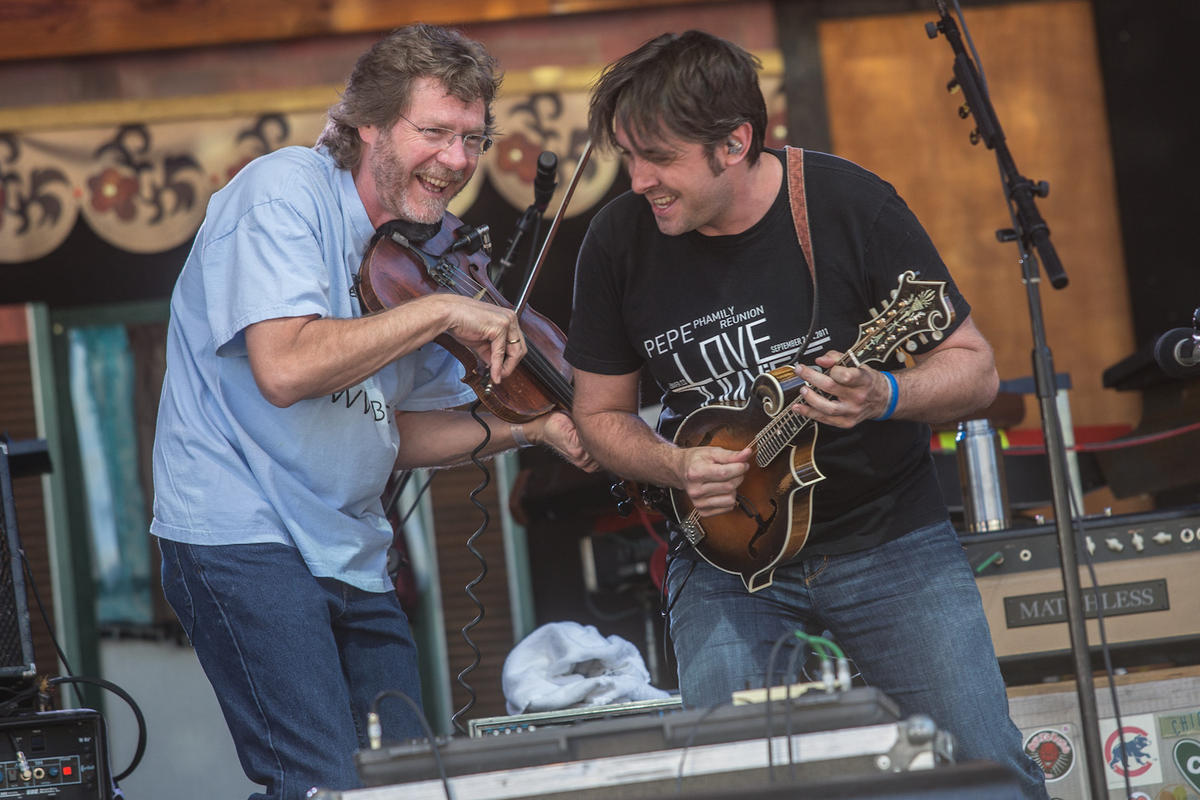 In a way, Bush is the guy who brought Colorado folk to Colorado. Acoustic-electric jambands like Leftover Salmon and Yonder Mountain String Band were directly inspired by Bush and newgrass revival, and have in turn defined a Front Range sound known for improvisation, technical prowess, and incorporating a range of musical styles. Although Bush is Kentucky-born and now considers Nashville home, he’s a true Coloradan, and Telluride plays a starring role in the film. Bush describes Telluride in the ’70s as a town filled with “outlaws and trust-funders,” and the scenes of him playing the bluegrass festival are among the best in the movie. Bush also discusses how he found his audience in Colorado, where he believes the wide-open spaces enabled folks to be more open to new styles of music.

The film documents the evolution of a truly American genre, while providing a glimpse into the genius that is Sam Bush. It chronicles Bush’s near-death experience early in his career, the break-up of Newgrass Revival, and firsthand stories of hanging with Bill Monroe. Above all though, it substantiates just why we’ll be talking about Bush long after he’s gone.

(Heading to Telluride this summer? Check out our first-timers guide to the town.)