Firefighters loom large in our collective consciousness; they’re courageous, tenacious, and selfless. But there is a specialized subgroup of firefighters—called “hotshots”—who may hold an even more mythical space in our minds because of the mammoth wildland blazes they combat each summer, mostly in the American West. Part of that reverence may be because we know so little about these public servants. News stories often focus on the dangers the fires present to nearby towns and their residents, but they rarely profile the people who hike miles into the backcountry to battle these unpredictable infernos.

To learn more about who these men and women are and why they do what they do, local photographer Aaron Colussi shadowed the Roosevelt Interagency Hotshot Crew, a Fort Collins–based unit, during part of the 2014 fire season. Because these hotshots mostly train in the rugged Roosevelt National Forest, they are renowned among their colleagues in other parts of the country for their physical prowess. Colussi followed the group of about 20 firefighters over the course of five months—capturing images from spring boot camp through their final days on call in October and from Colorado to California, where these unique firefighters often spent time combating massive conflagrations. The resulting photographs offer a rare look inside the professional lives of the highly trained, indefatigable men and women we count on when Mother Nature turns up the heat. 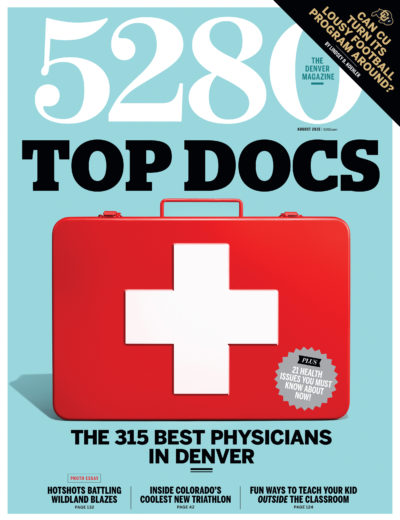 Roosevelt Interagency Hotshot Crew trucks serve multiple purposes throughout the fire season: They are, by turns, modes of transport, spots to take a break and sleep, places to store gear, and—most important—a key part of any crew’s exit strategy.

Derek Ruth of the Roosevelt saw team. Saw teams consist of two firefighters: One cuts down foliage, and the other removes brush and low-lying limbs. They do this in an effort to remove fuel from a fire’s path.

A number of crews, including the Roosevelt hotshots, worked for two days to build a 30-meter fire line to contain California’s Happy Camp Complex Fire in August 2014. Two days after this photo was taken, strong winds pushed the flames over the line.

Lucas Pascucci (left) and Andy Epp drove and hiked for two hours on an approach that took them deep into the Klamath National Forest in California. To decrease available fuel, they dug a fire line around an incense cedar tree.


A wildfire at night in the Klamath National Forest outside Happy Camp in Northern California on August 24, 2014. More than 1,500 people were assigned to fight this blaze, including Colorado’s Roosevelt Interagency Hotshot Crew.


Joe Way (left) and Caleb Lodico initiated a burnout operation on a fire line in California last August. Burnout operations set fire inside a designated area to consume fuel between the edge of the fire and a control line. This area of burnt fuel is known to firefighters as “the black.”


After fighting the Eightmile Fire outside Cañon City, Caleb Lodico equipped a truck on July 2, 2014, before the team headed to Arizona to battle the Turkey Spring Fire and the Webber Fire.

A Hike in the Woods


Not unlike the military’s special operations, many people apply to become hotshots, but few actually are selected to join a team. Before each season, hotshots go through mini boot camps, which prepare crews for hiking 10 or more miles in one day. Here, the crew hikes toward the Happy Camp Complex Fire.