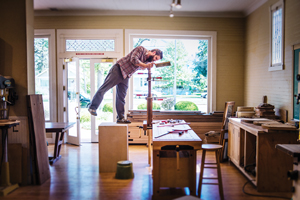 While many design pros keep a close watch on style blogs and design trends, Geoffrey Keating unapologetically looks the other way. The Colorado Springs furniture-maker, a fifth-generation woodworker whose ancestors built churches throughout the rural Southwest, believes high-quality design isn’t defined by whatever is popular at a particular moment. Instead, Keating approaches his work with a reverence for sustainable materials and style—both of which need to stand the test of time.

Above right: Keating at work in his home studio in Colorado Springs. Photo courtesy of Sean Sheridan.

So perhaps it’s not surprising that the 39-year-old calls his aesthetic “contemporary antique.” His pieces, made out of responsibly harvested and salvaged wood, are situated timelessly on the design spectrum between stark modern and fussy traditional. “I make pieces that stay relatively the same in terms of design and structure—pieces you won’t have to throw away every couple of years,” he says.

Keating came to furniture-making by way of a long detour through academia. While pursuing his Ph.D. in theology at the University of Notre Dame in Indiana, he realized he was stifling his true desire: to put his hands to work. So he picked up some tools as a way to stay sane amidst his studies, making furniture for friends and teaching himself the trade. The hobby, which got its start when his sister commissioned a dining table and word spread among friends and colleagues, eventually became a full-time gig. (He still gets his intellectual fix by listening to audio books or classical music while sanding furniture, which accounts for two-thirds of the time it takes him to make each piece.) 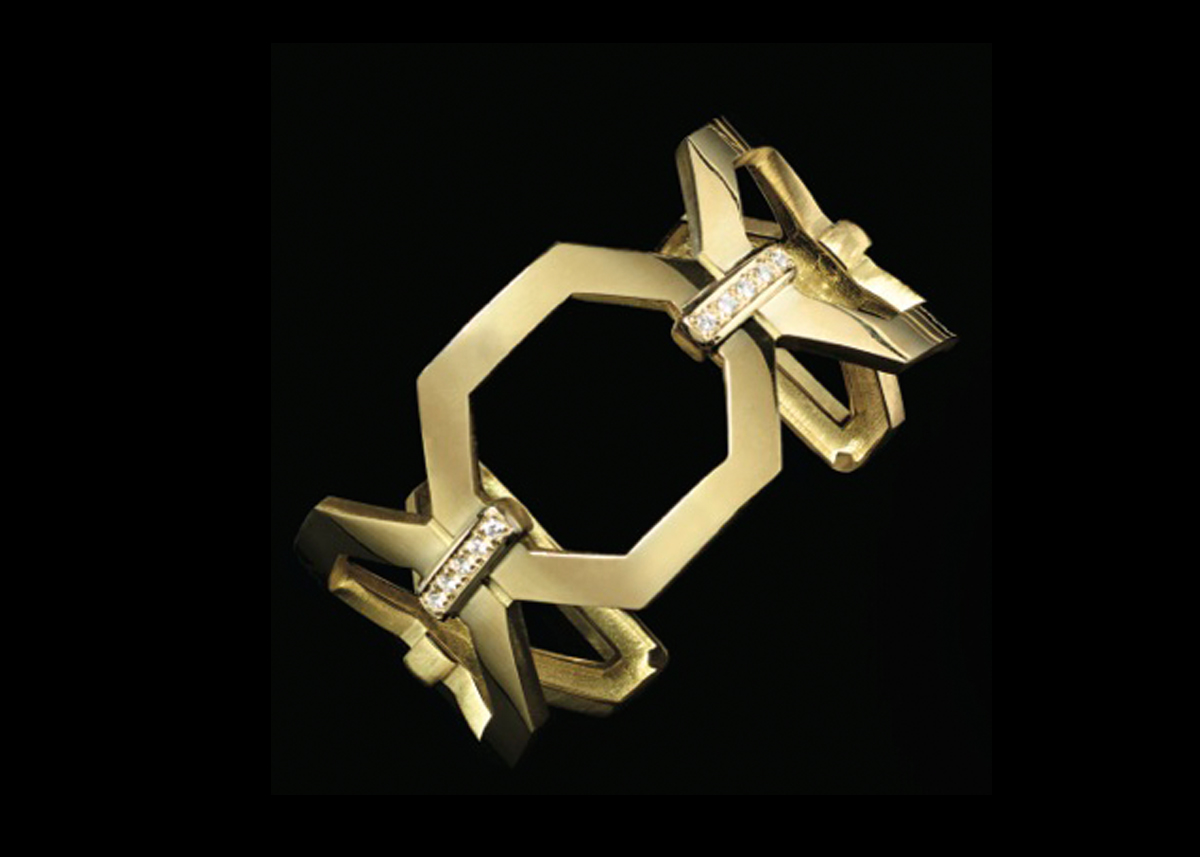 Above: Courtesy of Matt Cashore (2)

These days Keating designs and makes chairs, tables, desks, and other essentials out of the bottom-floor studio in his Colorado Springs home. (Keating and his wife recently renovated the 1897 building, formerly a corner market and home boutique shop). Traditional silhouettes—such as that of a Windsor chair—generally influence Keating’s work, but when those forms filter through his head and hands, they come out looking more streamlined. You won’t find ornate cabriole legs or scalloped backs, but the overall attitude of his pieces nods to classic styles.

Keating favors walnut for its range of tones, from creamy tan to dark brown. He combines those colors in single pieces of furniture—“painting with wood,” he calls it—and purposefully creates contrast with the grain rather than lining it up. These artistic choices and subtle imperfections are the marks of the craftsman. “When you have your hands on a piece from beginning to end,” Keating says, “every piece is going to turn out differently. You’ll be able to see the little quirks.” He’s particularly fond of making chairs and rockers because of all their sculptural parts and compound angles.

Above: Courtesy of Sean Sheridan (2)

When Keating needs inspiration, he simply steps out his door and into the grandeur of Colorado. And his work is designed, in part, to preserve that beauty. He’s working against a “culture of planned obsolescence,” he says, in which companies create pieces they know will end up in the landfill, requiring you to buy replacements. We’re confident Keating’s pieces will share no such fate. 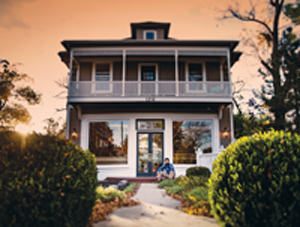 Feeling the DIY spirit? Geoffrey Keating recently remodeled his 1897 Colorado Springs home (at right) and lived to tell about it. Here’s what he learned:

? Find another place to stay—preferably one with a flexible timeframe. “A lot of times you run into problems you didn’t know existed. And one of the hardest things about any remodel is being in the space.”

? Honor the original. “I’d start with the bigger picture of the space you’re living in. Ask, What’s the general aesthetic? The major architectural features? Then make changes that respond to that framework.”

? Plan for your furniture. “Don’t use generic sizing [for your rooms] and then fill them up,” Keating says. “Instead, think through what type of furniture and art you want based on how you’ll use the space.”

Three tips for caring for your all-wood furnishings.

1. Don’t use chemical cleaners to polish your furniture, regardless of the type of wood. They break down the finish. Instead, use a warm, damp cloth and immediately wipe the piece dry.

2. Keating favors wax for refurbishing, which adds a layer of protection and brings a light sheen to faded furniture. He recommends applying Renaissance Wax or beeswax every three years (for tabletops, every eight to 12 months). If you’re trying out a new product, test it in a less visible spot.

3. Solid-wood furniture fades over time due to ambient light. And it’s bound to change color more quickly—and sometimes irregularly—if it sits within reach of direct sunlight. Still, Keating suggests placing your furniture where it will be most functional. “Let the fade be part of the natural patina of the piece,” he says.

Bonus: Read 5280 Home‘s guide to buying custom furniture, plus eight pieces of local furniture you won’t want to live without.