From Union Station to Larimer Square, a stroll through LoDo reveals some of Denver’s most storied locales. But behind the revitalized district’s charming storefronts, you’ll find work from forward-thinking modern artists—with some dynamic historic pieces mixed in, of course. Here, we take you inside nine of LoDo’s esteemed, provocative galleries and share pros’ best tips for creating your own exhibition at home. (Bonus: Chart your course with the interactive map below.) 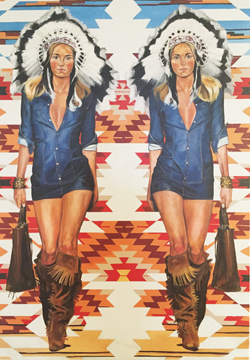 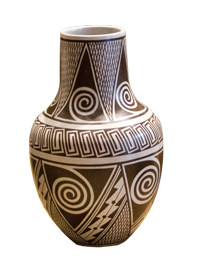 Not to be confused with its derisive slang definition (a person who’s less than bright), the word “mudhead” denotes traditional Pueblo clown figurines called “koshares.” And although this 35-year-old gallery meets antique shop has lots of them in its glass cases, it also stocks plenty of authentic clay pottery fired by Hopi, Acoma, and Santa Clara pueblos, as well as bronze sculptures of cowboys and American Indians and gold and silver jewelry.

We wouldn’t call this spot explicit, but let’s just say it’s not afraid of the female form. The gallery also shakes off the shackles of the conventional art scene with its highly accessible works: Abstract bubblelike cloud paintings from Denver’s Laura Guese, for one, are irresistibly engaging (and relatively affordable, with 16-by-16-inch works starting at $500). Factor in the on-site wine bar for liquid courage, and beginners might find the fortitude to pick up some original art. 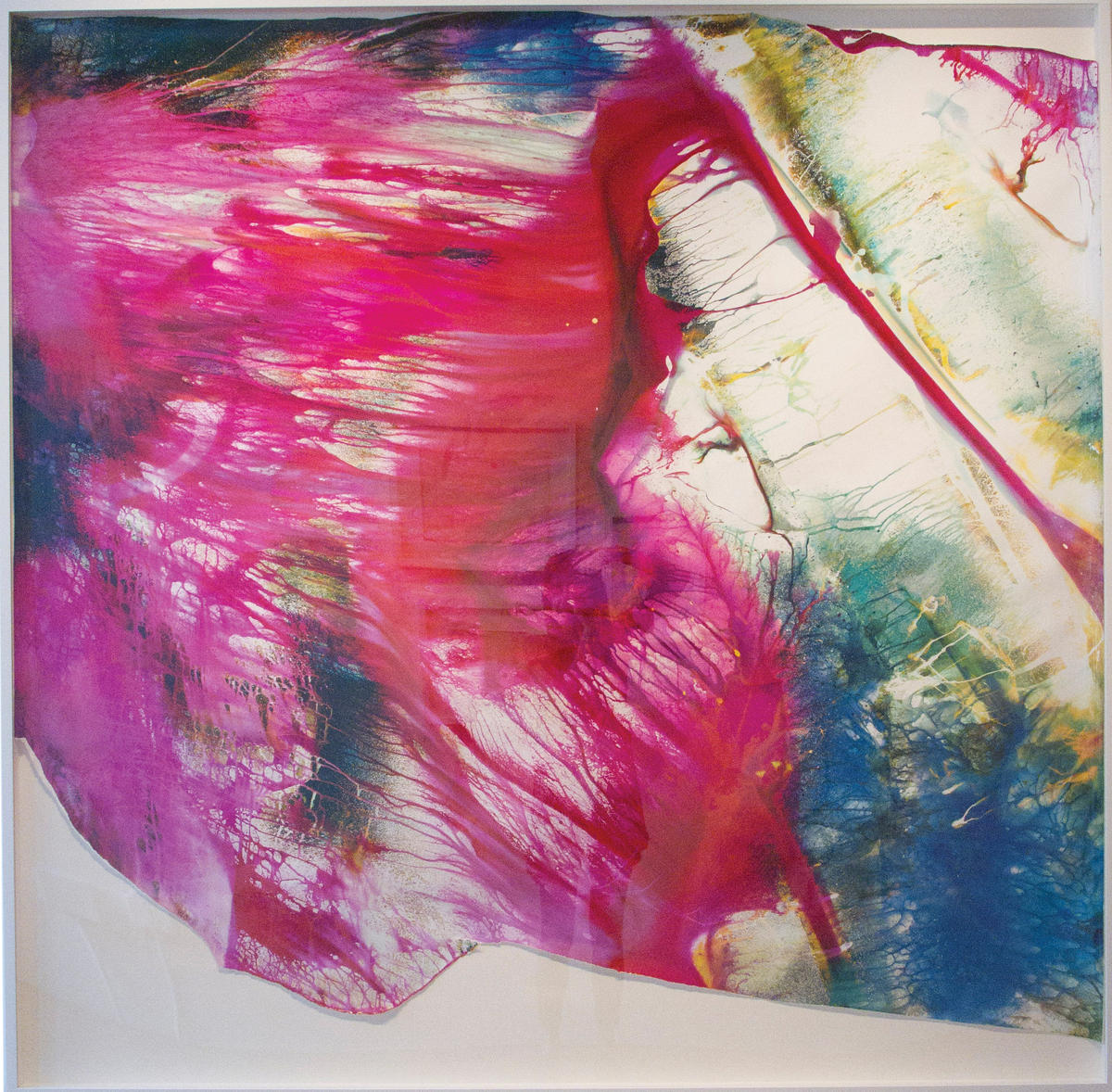 Inside this simple space, David B. Smith assembles some of the most exciting exhibits in town. Last spring’s Constructed Histories, created by former Denver Art Museum curator of contemporary art William Morrow, lured crowds to the front window with Jeremy Dean’s “Everything That Rises,” 16 salvaged folding chairs in a vertical circle. The contemporary art you’ll find here might not be local or particularly accessible, but it’s guaranteed to be fascinating. 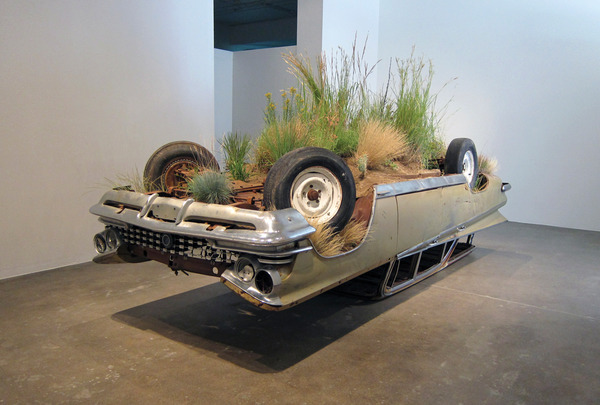 The old master of Denver’s art scene, this nearly 40-year-old contemporary gallery doesn’t deal in facile art. Monthly rotating exhibits offer pieces by world-renowned Iraqi, Chinese, and European artists, but Robischon also takes fliers on promising locals such as Christine Buchsbaum, who employs photography to create images she describes as “between consciousness and my imaginary world.”

Show To Know: From mid-September to November, the gallery is turning its space over to local ceramist Kim Dickey, whose elaborate quatrefoil ceramic pieces are both monumental and decorative. 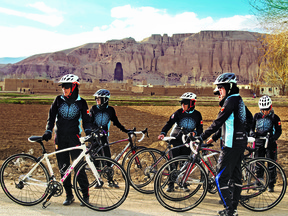 This gallery, which relocated to Larimer Square from Portland, Oregon, in September 2014, intentionally shuns “fine” art—but that doesn’t mean shopping here is slumming it. Works from the self-described lowbrow movement are “kitschy and creepy,” says owner Myah Bailey, which sounds like a whole lot of fun to us. Shows change about every 30 days and usually pair local artists with national ones, creating clever conversations and contrasts—and the opportunity to score everything from $10 giclée prints to $2,000 original paintings.

Show To Know: Visit Sally Centigrade from mid-September to November to check out small (5.5-by-seven-inch) wooden diamonds painted by 50 different artists; among the styles on display is graffiti, perfect for the man cave or as a conversation-starter in the living room. 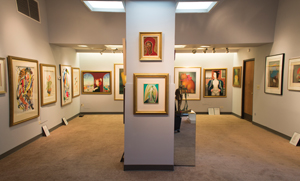 While living in her native Russia, Mina Litinsky was forced to keep her “nonconformist” art shows secret. She’s had no such issues in the United States. Since it opened in 1981, Sloane has come to represent more than 50 contemporary and modern Russian, Russian-American, and former Soviet Bloc artists, some of whom have found their way into the Guggenheim Museum (for example, Vitaly Komar and Alexander Melamid, creators of the pop art–esque “Lenin Hails A Cab”).

—Courtesy of Sloane Gallery of Art 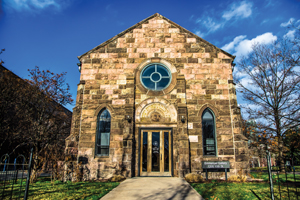 A perfect spot to scout promising talent, Auraria Campus’ Emmanuel Gallery works with the University of Colorado Denver, Metropolitan State University, and Community College of Denver to exhibit pieces by students and faculty, as well as other up-and-coming local artists. Denverite Adam Milner showed here before getting space at the David B. Smith Gallery this past summer. 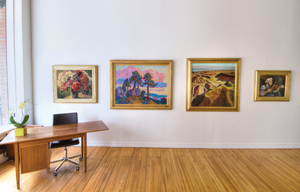 After entering the front door, you have a difficult choice: Turn left and find yourself surrounded by paintings of Colorado and the West from 20th-century artists such as Denver’s own modernist icon Vance Kirkland and Sven Birger Sandzén (a Swedish-American impressionist who had a fondness for wild landscapes). Turn right and enter space dedicated to museum-quality Native American art, including “parfleches” (decorated bags made of untanned hide), bead- and quill-work, and gorgeous Navajo textiles that date as far back as 1850.

Choose Wisely: “If you’re considering buying two pieces, one that you love and one that you struggle with, go with the one you struggle with. Over time, you’re going to get so much more out of engaging with its challenges and, eventually, develop a new perspective.” —Jim Robischon, co-owner, Robischon Gallery

Go Sans Frame: “A ‘gallery wrap’ is a piece of canvas wrapped around a stretcher bar and tacked to the back. Some artists continue the image around the sides of the stretcher bar, and some paint the sides black. Either way, it means you can hang the art on the wall without a frame. Contemporary art—particularly very large pieces—looks fabulous with a clean look.” —Candice Pulliam, principal and art consultant, Art Services Company

Light Right: “Lighting is so important. Ideally, set your fixtures so that the light strikes the wall at 30 to 45 degrees, measured to a point at eye level on the wall. Since everyone’s eye level is different, a good rule of thumb for hanging art is about 60 inches from the floor to the center of the piece. So here’s my best advice: On an eight-foot ceiling, place your track or recessed can light 20 to 36 inches away from the wall; on a 10-foot ceiling, 42 to 60 inches from the wall. LEDs are popular to light art, but I still prefer the pure white light of halogen MR16 lamps.” —Pulliam