Nobody likes dust. We’ve even named a home appliance after our zeal for eradicating the stuff. (Who doesn’t love a trusty DustBuster?) As it turns out, though, just how those minuscule flecks are distributed in space plays a key role in discovering the secrets of the next frontier. In July, NASA’s New Horizons spacecraft made history with its flyby of Pluto. It took nine-and-a-half years and three billion miles of hurtling through space, and the University of Colorado Boulder’s Student Dust Counter (SDC) was along for the ride.

Built by students with the help of engineers at CU’s Laboratory for Atmospheric and Space Physics (LASP)­­—and launched on the New Horizons craft in 2006—the instrument, roughly the shape of a cookie sheet, registers the size and density of dust particles, which allows scientists to create a more complete model of the solar system. It’s already traveled farther than any other dust counter, according to Mihály Horányi, a CU professor and the SDC’s principal investigator. Scientists hope it has enough juice left to continue 10 or 15 more years into the Kuiper belt (the icy and unexplored outermost region of our solar system that extends beyond the planets). So what, specifically, can this high-tech, cosmic dust-buster tell us?

How our solar system fits into the galaxy
Dust observations can provide clues to the ages and structures of solar systems beyond our own, but it’s important to have a baseline for comparison. Until now, that was largely missing because being immersed in our own “dust disk” prevented us from taking accurate measurements. Think of it like being in a snow globe and trying to take a 3-D photo of your surroundings—you can’t get a clear picture. Taking dust measurements lets us create a model instead of trying to take a picture—and since no dust counter has gone as far out as this one, scientists can piece together a more complete model of our system and compare it to others we’re just beginning to study.

Tracking planets
By mapping dust density and distribution in space, scientists can see where gatherings of particles look non-uniform. Such irregularities in the dust mass are the gravitational “footprints” of planets, which means we may be able to spot planets in other solar systems—even if we can’t see the planets—by analyzing the footprints in their dust clouds

Where Are They Now?
The SDC helped launch the careers of several students involved in its development. Here’s where a few have landed. 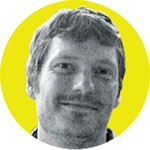 The former grad student has parlayed his research at LASP into a full-time job with the lab—including work on missions to the moon, Mars, and Jupiter’s moon Europa (a mid-2020s endeavor)—as a calibration engineer. 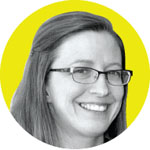 aerospace engineering
Following a stint as an aerospace engineer, Finley joined the Southwest Research Institute and now works on the New Horizons mission, for which she develops operations command sequences for the Student Dust Counter. 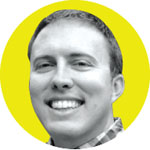