Babi Yar Park is surprisingly quiet on a Monday morning. The traffic noise from nearby South Havana Street seems to dissipate through the leaves of 100 linden trees in the grove sheltering this 27-acre sanctuary. As a little girl and her father walk along a pathway, they happen upon five dancers in the central People’s Place amphitheater. The child sits down, enthralled. What she sees is beauty and harmony in movement. What she doesn’t know is the reason these dancers are in the park in the first place.

The Denver park was founded in 1971 as a living memorial to thousands of Jews, Gypsies, Ukrainians and others who were murdered by Nazis between 1941 and 1943 at the Babi Yar ravine in Kiev, Ukraine. Recent renovations to the park’s own ravine kicked into motion a city ordinance for the Denver Arts & Venues Public Art Program. The gist: Any capital improvement project done by the city that costs over $1 million requires that one percent of the project cost be set aside for the inclusion of some form of art in the construction. Oftentimes, that has meant a public art sculpture. In this case, the city sought to do something a bit different. “For us to go in and put another element—specifically another piece of artwork—wasn’t quite right. It would not continue the story of Babi Yar or get people into the park,” says Rudi Cerri, the city’s public art administrator. So, instead, his department commissioned its first piece of dance as public art.

Lemon Sponge Cake Contemporary Ballet, led by internationally recognized choreographer Robert Sher-Machherndl, was chosen to perform in this initiative. White Mirror is Sher-Machherndl’s 50-minute original “comment” on the tragic history of Babi Yar. Four female dancers—all from the Denver metro area—flow through the circular “stage,” and Sher-Machherndl, a dancer himself, drifts in and out of the scene. A diverse composition by Viennese musician Wolfgang Mitterer sets the foundation for the dancers’ heartrending portrayal of tension, longing, uncertainty, fear, and hope. Sher-Machherndl’s hyperfocus on details is evident in every lift of a finger and tilt of the neck. 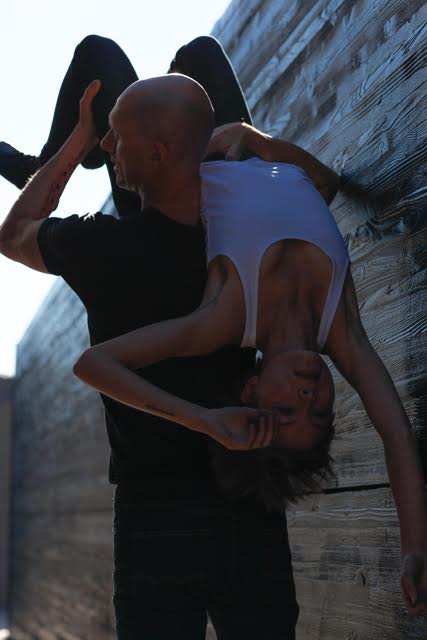 “It’s so extraordinary that a human being could do this,” Sher-Machherndl says of what happened in Ukraine’s Babi Yar. “There was no respect of human life whatsoever.” He grew up in the 2nd municipal district in Vienna. Before World War II, it was a Jewish area and home to the largest synagogue in Europe; then 60,000 Jews were deported and the synagogue was destroyed. “It was the center of Jewish life in Vienna,” says Jenifer Sher, his wife. “And he grew up in it and didn’t know.”

“As humans, we always wait. How many have to be killed?” Sher-Machherndl says. “This [White Mirror] is a lesson in tolerance.”

Watching dance outside the walls of a studio or theater is a singular, visceral experience. Couple that with the overlooked beauty and important history of Babi Yar Park, and this is certain to be a special evening.

See White Mirror‘s premiere (and only) performance on Sunday, October 4, at 6:30 p.m. at Babi Yar Park’s People’s Place amphitheater (South Havana Street and East Yale Avenue). It’s lawn seating, and guests are encouraged to bring a picnic and a blanket or seating pad. (Note that there is no intermission.)

Can’t Attend? To make sure there is something “left behind,” as Cerri says, filmmaker Barbara Sandick has been following the entire creative process. A screening of the documentary, plus a panel discussion, is expected to take place in January. Stay tuned for more details.