It’s hard to be bored in Colorado, what with the Rocky Mountains in the backyard and a plethora of art openings, themed runs, beer festivals, and sporting events taking place at any given time. The truth is, we’re not sure how people squeeze in any time for work. And it’s about to get even more difficult: We’ve tracked down the best of 2016 so you won’t miss out on that inaugural mountain triathlon or the macaroni and cheese festival you never knew existed (it does). Welcome to your year.

If you only attend 10 events this year, make them these. 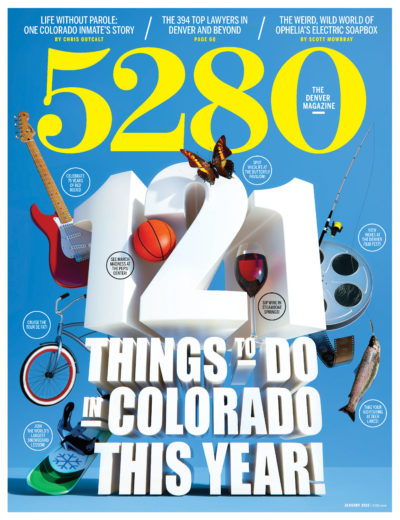 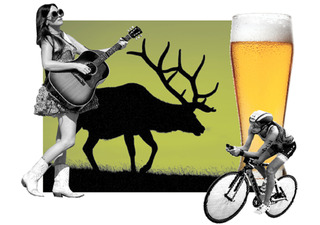 Revisit one of hockey’s biggest rivalries when the Colorado Avalanche take on the Detroit Red Wings during Colorado’s first-ever outdoor NHL series—which includes a Hall of Famer–studded alumni game. Coors Field, February 26 and 27

5. The 25th Anniversary of Country Jam

Visitors to Vail Mountain should allow some extra time in their itineraries this summer: The resort is adding seven zip lines, an elevated roller coaster, and more to its mountaintop adventure park, which will be best enjoyed after June’s opening crowds die down. July

We love any excuse to drink beer—and this festival’s spotlight on local brews under five percent ABV (aka session beers) means we can imbibe a little extra that night without feeling it quite so much the next morning. Location TBD, August

The inaugural triathlon at North America’s highest deep-water marina (elevation: 9,156 feet) comes with $25,000 in prizes—and plenty of breathtaking views for those who’d rather spectate than sweat. Lake Dillon, September 10

The only thing better than viewing Elk-tober’s stunning beasts (which emerge when it’s time to, uh, produce even more elk) is this event’s annual bugling contest, during which humans try to mimic the animals’ unique sounds. Various locations, Estes Park, October 1 and 2

BEST THINGS TO DO: JANUARY TO APRIL

Colorado: where sunglasses are required in January and picnics in the park happen in March. Here’s what to do, no matter the temperature. —Daliah Singer

Anytime: Warm up your belly with build-your-own s’mores at Brazen (Highland) or Telegraph (Wash Park West).

January 4: Expect 50 to 100 meteors an hour during the annual Quadrantid meteor shower. 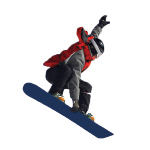 January 15, 22, and 29: Improve your art lingo with Art Fitness Training, a three-part workshop (attend one or the trifecta) held at the Museum of Contemporary Art Denver, the Denver Art Museum, and the Art, a Hotel.

January 21 to February 6: You won’t have to worry about a fidgety kid during Vera Rubin: Bringing the Dark to Light, a show that combines live performance with planetarium projections. Fiske Planetarium at the University of Colorado Boulder 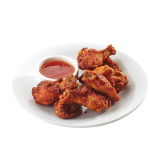 March 11, 12, 18, and 19: Feel the rhythm at Off Center’s new slam show, How I Got Over: Journeys In Verse, starring Denver-based slam poet Suzi Q. Jones Theatre

April: Although details are scarce, eTown’s 25th birthday shindig is sure to be rockin’. Location TBD 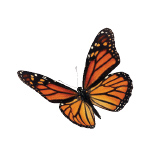 BEST THINGS TO DO: MAY TO SEPTEMBER

Vacation days are meant to be used. This summer, spend them at these destination events.

Go for: some much-needed mental enlightenment.

Go for: a weeklong celebration commemorating the organization’s half-century as a hub of contemporary art; expect talks from visiting artists and tours of new public art installations.

Go for: an extension of the Food & Wine Classic in Aspen (June 17 to 19) closer to home; last year, it featured James Beard winner Gabrielle Hamilton.

Go for: an unofficial grill-master certification courtesy of lessons from celebrated chef and author Steven Raichlen.

Go for: two prominent exhibits devoted to females, one focusing on women as subjects, the other as artists.

Go for: a new series of mutton bustin’, cattle sortin’, and steer and bull ridin’ events that will encourage you—and the kids—to compete rather than just watch.

Go for: staged productions of the 2015 festival’s winning plays in the recently reopened 125-year-old theater.

Go for: gourmet mac and cheese paired with wine and beer. Need we say more?

Go for: a quad-searing 120-mile bike ride over Juniper, Loveland, and Vail passes…and, if you’re really brave, reverse your route the next day.

Justin Willman, May 8, Comedy Works South at the Landmark

Go for: a Mother’s Day show starring the comedian who once received a standing ovation from President Barack Obama.

Go for: photo ops at the Cliff Palace on Colorado’s only World Heritage site; visit on the National Park Service’s 100th birthday (August 25).

Go for: short races (founded by the husband of a 5280 editor) that get kids off the couch and outside.

Go for: any of the myriad acts expected to play the acoustically perfect venue this month—as if you needed an excuse.

Bands in the Backyard, June 17 and 18, Vineland

Go for: the cultural offerings of this oft-overlooked town (and headliners Kid Rock and Alabama).

Go for: a wet weekend of cheering on or participating in stand-up paddleboarding events and slalom kayaking during the country’s oldest white-water festival. Did we mention the beer garden?

Go for: outstanding performances by renowned dance companies from around the world.

Go for: a chance to raise money for Nicaraguan communities in need of clean drinking water—and the bragging rights of bagging yet another fourteener.

BEST THINGS TO DO: SEPTEMBER TO DECEMBER

This fall, find an activity perfectly suited to your lifestyle.

If you go everywhere on two wheels…

Or…add some sparkle to your weekend at Mine Rush’s downhill mountain bike race, the first in North America to weave through an underground gold mine. Late summer Central City

If your music taste isn’t mainstream…

Check out…Four Corners Folk Festival. It’s not the Telluride Bluegrass Festival, but you won’t care once you hear the first foot-stompin’ notes from Lindsay Lou & the Flatbellys. September 2 to 4, Pagosa Springs

Or…cross over to the electronic side and catch EDM bands for a steal during Sonic Blossom. October, Cervantes’ Masterpiece Ballroom & Cervantes’ Other Side

If Halloween is your favorite holiday…

Check out…Mummies: Secrets from the Tombs, which features around 20 mummies and dozens of artifacts on loan from Chicago’s Field Museum. October 13 to February 5, Denver Museum of Nature & Science

Or…whack some piñatas during the Day of the Dead celebration at this eclectic gallery; also enjoy temporary altar installations. October 14 to 30, Pirate: Contemporary Art

If you’re in need of a brain boost…

Check out…Colorado River Canoeing: Star Gazing with Tito Salas, a stargazing trip with the operations manager at the University of Colorado Boulder’s Fiske Planetarium, after which you’ll finally be able to identify those obscure constellations. September 3 to 5, Loma, centennialcanoe.com

Check out…the Flaming Foliage Relay, which gets its name from its route over three mountain passes just as the aspens are changing. September 9 and 10, Idaho Springs to Buena Vista

Or…stay in the car—perhaps while test-driving a Tesla Model S—during the Telluride Festival of Cars & Colors. This luxurious event showcases some of the world’s most coveted automobiles alongside San Juan foliage. September 29 to October 2, Telluride