Last ski season, the Colorado Department of Transportation and Colorado State Patrol tallied more than 300 spinouts on I-70 from C-470 to Dotsero alone. As we endure the long commutes, fender fights, and traffic that accompany snowy winter driving, watch out for our nine least favorite road companions any time of year. 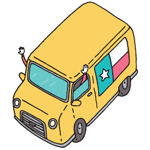 Welcome to Colorado—we’re happy you’re here. Feel free to give a friendly wave when you merge (we prefer it to the bird). Also: Don’t slam on the brakes on ice. 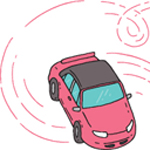 If ski country is your destination, leave the two-wheel-drive car—we’re looking at you, Pontiac Sunfire—in the driveway. Otherwise, we’ll curse your spinout (and you) for costing us an extra two hours on I-70.

Denver loves cyclists, except when they can’t make up their minds as to whether they’d like to roll with the two-wheeled or four-wheeled crowd. The waltz from bike lane to car lane and back begs for a blind-spot catastrophe. 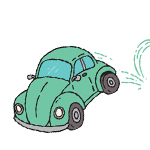 Even when you’re in a hurry, you’re no James Bond. Bouncing back and forth between lanes and tailgating in traffic will only net you a 15-second gain and several near misses—or real wrecks. 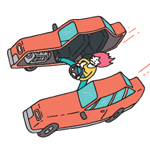 You are not driving a semitruck. (If you are, stop reading here.) Please use only your lane to turn; there’s no need to swing wide and eat up the middle lane. 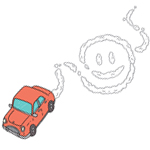 Kindergarten teachers might think it’s OK to stray outside the lines. No one else does. Especially not the guy next to you. Remember: The lane lines are not suggestions. 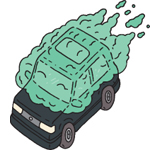 Yes, weed is legal—but not at stoplights or, frankly, any time you’re driving.

The dotted line between lanes isn’t a motorcycle express lane. 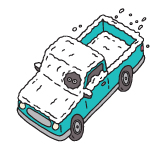 The face-size circle of snow and ice you carved out of your windshield isn’t going to cut it. Get some better gloves, a better scraper, and a little common sense and clear the whole thing.