It usually goes two ways—you either start the new year rejuvenated, with resolve, goals, and optimism or, you enter hungover, having partied the night away with your favorite band, with close friends, or at some classy affair. That’s not to say the resolve doesn’t work its way in, its just usually delayed a few days. For this column, my goal for the new year is twofold: to highlight more new music, and to honor some of the individuals who have cultivated the scene in Colorado. I couldn’t think of a better person to kick things off with than Scott Morrill, co-owner of Denver’s Cervantes’ Masterpiece Ballroom and, as of five months ago, Fort Collins’ Aggie Theater. Not only do his venues showcase a wide array of new acts, but Cervantes was selected as 5280‘s 2015 Top of the Town winner for the best venue to discover new bands—thanks in large part to its “eclectic calendar,” early-bird pricing, and “can’t-find-’em-anywhere-else collaborative concerts.” This month also marks the iconic venue’s 14th anniversary.

We sat down with Morrill to talk Cervantes history, the revitalization of the Aggie, and his favorite shows coming through his venues this month.

From Finance to Music

“My parents moved to Denver when I was three years old, so I’ve been here my whole life. I went away to college to Kansas University and then moved back here in 1999. At that point I started working in commercial real estate as a financial analyst for about four years, but the music kept calling me. I eventually started talking with Jay Bianchi, who was running my favorite live music venue Quixote’s True Blue—at that point it was way out on East Colfax Ave. We started talking about opening up a bigger venue and found the space now known as Cervantes’ Masterpiece Ballroom. I took out a second mortgage on my house and dove into the music industry with no intentions of failing.”

“It was tough in the beginning, being in Five Points when lots of our customers were afraid of the neighborhood. It was a place they had never been and many times did not feel welcome until they walked into the doors of Cervantes. We tried to make each musical experience so special that fans would come down to this unknown neighborhood seeking something different and unique. Jay really had the foresight to know that Five Points would eventually be gentrified.”

Give ‘Em What They Want

“My mission has always been to give fans and musicians the best musical experience possible. Along with the obvious things necessary for that experience, such as great production and staff, there are many not-so-tangible assets, such as vibe. Vibe is something that evolves over time and is the responsibility of everyone involved. We like to think of Cervantes as a big family where everyone is taking care of each other. All the fans of Cervantes who understand the culture are ready to help anyone in need and teach those who don’t understand what we are all doing there. It’s all about the music and family.”

“The music calendar is a big puzzle that’s changing everyday. Simplistically, I try to book who I believe are the best artists in each genre. One of my favorite things in life is introducing people to new music. We are very lucky that there are so many great up-and-coming musicians who enter in the world each day, and to have such an amazing scene in Colorado that supports them. We try to focus on getting the best in EDM, bluegrass, funk, rock, hip hop, indie and everything in between. My other talent buyer and partner Adam Stroul is also an integral part of this process.” 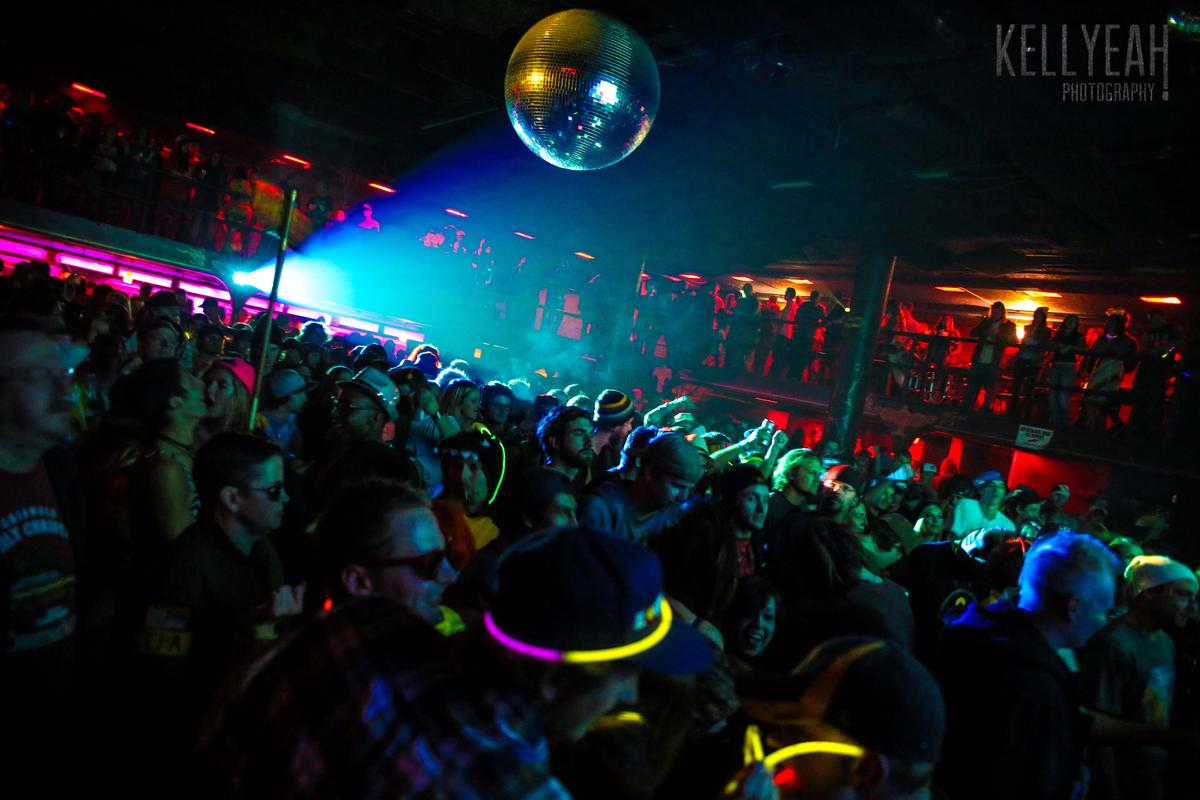 “Electronic Tuesdays and Grass For That Ass Thursdays are great ways to build the community and give locals a place to play in front of a crowd. This allows the scene to flourish and gives local musicians the confidence and encouragement to take it to the next level musically. There are so many great musicians in Colorado and many great bands that haven’t even formed yet. By giving fans and musicians a regular night they can count on every week, it helps to build our scene.”

“It’s hard to believe it’s been 14 years—it’s flown by. I have seen a lot of growth in the music scene in and around Denver. If you look back just at the Red Rocks calendar, you’ll see more shows being added each year: I believe for 2015 there were something like 120 shows, whereas in past years there was about half that. Young music fans continue to move to Colorado creating a demand for more concerts. With this comes more music venues and the musicians who have been flocking to Colorado as well. Along with flocking to Colorado, they’ve been coming to the Five Points neighborhood, which is great for Cervantes. Back when we opened most people didn’t want to walk from their cars, and now they’re walking from their houses.”

“We have several partners in the Aggie, including Josh Sonnenburg, Duncan Goodman, Diana Azab, Nick Houchens, and Adam Stroul. Our vision is very similar to what our vision for Cervantes is, which is to make it the best venue in the country in all aspects. We have already made several improvements such as a new stage, bringing back the box office, a new VIP tier, and a new sound system which was installed in late December.”

Practice What You Preach

“I see about three to four shows a week. I should cut down eventually, but I still love it.”

“The most rewarding thing is watching people have the time of their lives and forget about their everyday problems for a little bit while their souls get touched by live music. Also, watching musicians go from no one knowing who they are to selling out Red Rocks is pretty fun.” 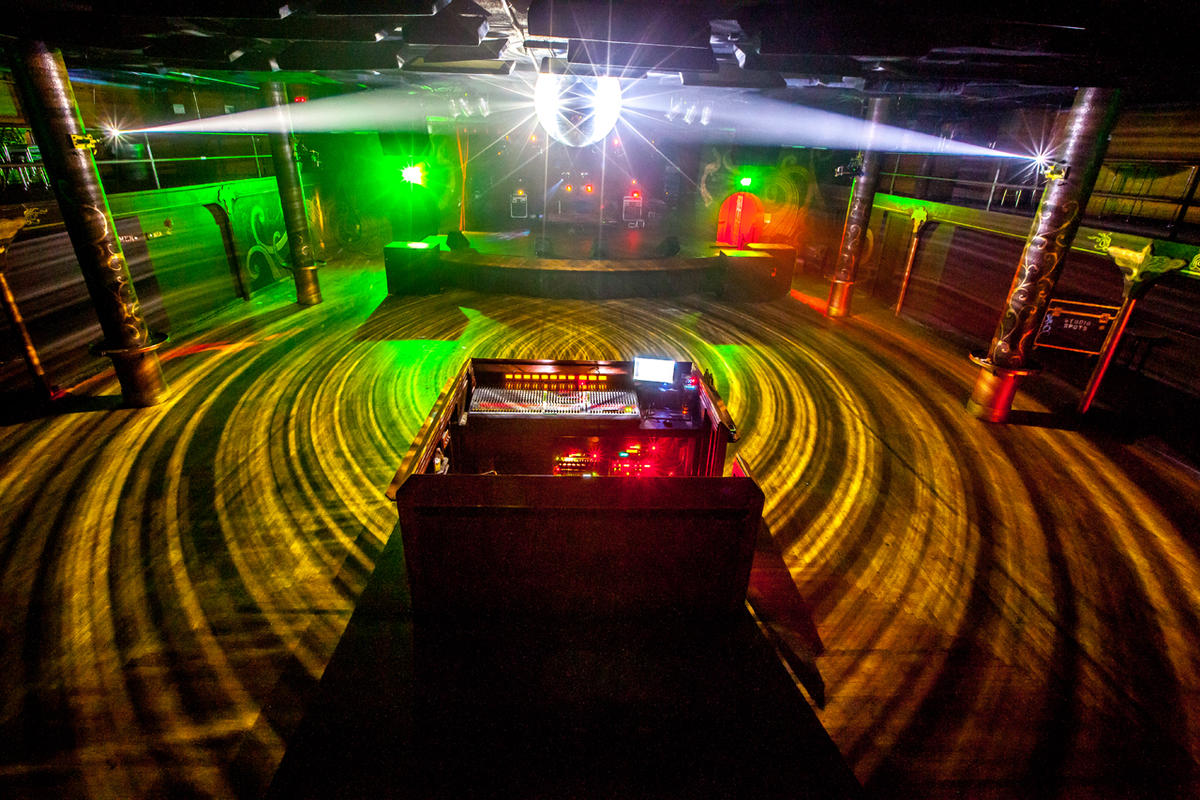 Your Month In Music at Cervantes

“January is really a great month at Cervantes from start to finish. Kicking things off is a dual room bluegrass fest called Winter String Fling on January 8.” The mini-festival, which will feature a slew of Colorado-based musicians—including Head for the Hills, flat picker Tyler Grant, and banjoist Andy Thorn—is a prime example of the way Cervantes brings together various musicians and cultivates the local scene.

“The following weekend is the 14th Anniversary Party, January 15–16, featuring Everyone Orchestra. Everyone Orchestra is an amazing project that is 100 percent improvised music; it features a rotating cast of characters, and is conducted by multi-instrumentalist Matt Butler. We have an all-star cast of musicians confirmed and will be celebrating our 14 years in style.” That cast includes phenomenal bassist Oteil Burbridge (Dead & Co., the Allman Brothers Band), String Cheese Incident’s fiddler Michael Kang and drummer Michael Travis, fiddler Jeremy Garrett (The Infamous Stringdusters), and trombonist Natalie Cressman (Trey Anastasio Band), among many more.

“January 22–23, we have one of my favorite up-and-coming bands from Portland called Fruition, with support from The California Honeydrops and Colorado’s own Gipsy Moon. It also happens to be my birthday weekend.” Live in Fort Collins? Fruition will bring its unique, rock ‘n’ roll sound to the Aggie on January 21, too.

“We have some of the best bluegrass pickers in the country January 29–30 being billed as The Bluegrass Generals. The band will feature The Infamous Stringdusters’ Andy Falco and Chris Pandolfi, Billy Nershi and Keith Moseley from String Cheese Incident, and one of my favorite new flat pickers on the scene, Billy Strings.” Those same dates will see polyethnic Cajun slamgrass outfit Leftover Salmon play two nights at the Aggie.