The Snowsports Industries America (SIA) Snow Show brought a delightful display of outdoor gear to the Colorado Convention Center this past weekend. The labyrinth of skis, snowboards, outerwear, boots, socks, hats, bindings, tents and more from around-the-world gear companies is truly dizzying. Among the carnival of booths, there are some standouts—many hailing from our own backyard. Below are a few items that caught our attention at SIA 2016.

A Denver-based company that needs no introduction, Never Summer has recently come out with a retro-inspired board that takes us back to the 20-pound missiles of 1985. Modeled after founders Tim and Tracey Canaday’s “Swift” board built that very year, Never Summer launched the fully renovated Swift last year (pictured, above). The board sports a pointed nose on the front and fins on the back, is able to rip through powder, carves like a boss on groomers, and will seamlessly go switch. It is also much lighter than its 1985 counterpart, weighing about seven pounds. 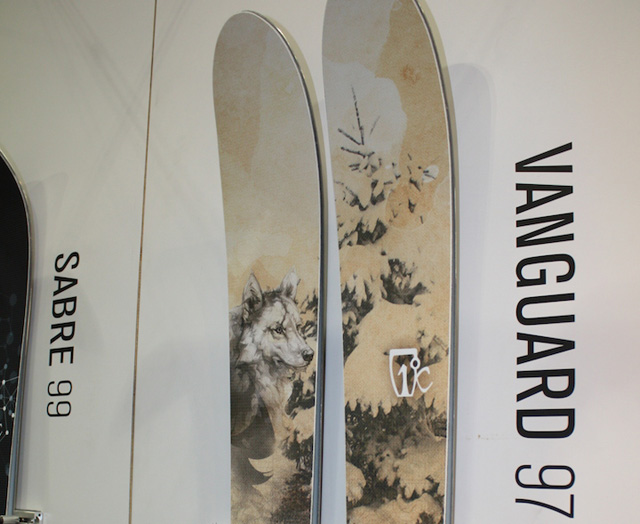 Having just celebrated its 10th anniversary, this Denver-based company is a favorite among locals. This year at SIA, Icelantic founder Ben Anderson focused on the company’s Vanguard 97 touring skis. They are made from Okoume wood and are about 30 percent lighter than previous touring skis—which works out great for those of us who are already pulling a lot of weight while breaking trail in the backcountry. 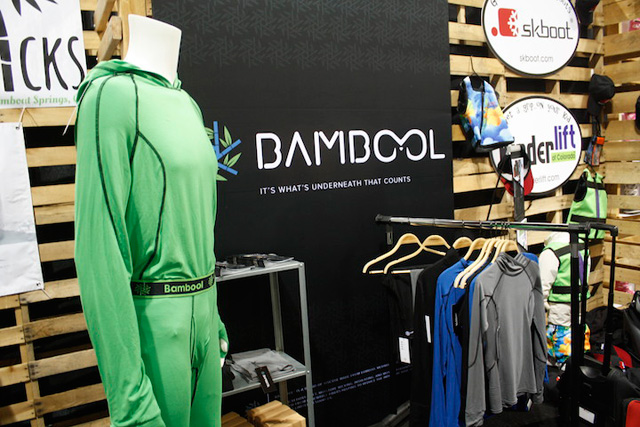 This small, Vail-based company was founded by Craig Woods, who embarked on a mission to find a base layer that was smooth enough for his wife, who has sensitive skin. Merino wool has become the world’s premier choice for soft, comfortable base layers—but Woods takes it to the next level by blending the wool with bamboo fibers and elastane to create a velvety fabric that melts against the skin. It’s super warm, stink-free, and doesn’t shrink in the dryer. 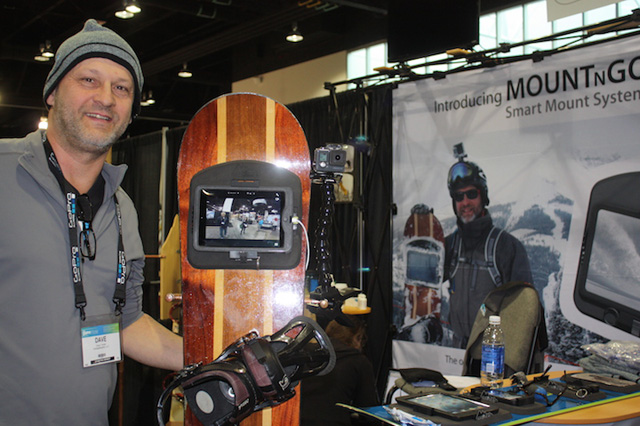 This small company from Maine has introduced a mounting system that connects your tablet device or phone to the nose of your snowboard or skis, enabling you to immediately review the video footage you just captured. Co-founder Dave Tomer explains that rather than watching the footage as you ride (which would be dangerous), skiers and boarders can watch the film on the chairlift, without freezing your fingers by handling the device. The MOUNTnGo app is controlled by voice command via Bluetooth earpiece and mic. Tomer envisions the technology could be used by ski and snowboard instructors to provide visuals for their protégés, so they can work on their form even during lift rides. 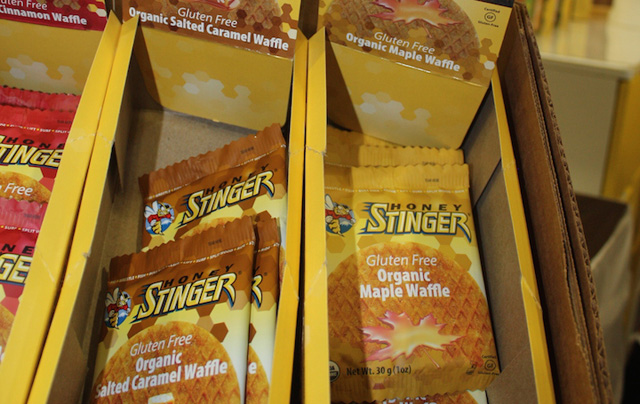 If you’re from Colorado, you probably already know how delicious these waffles are. They taste way more like a European baked good than an energy bite. This year, the Steamboat Springs-based company is introducing its top-selling product in gluten-free varieties (salted caramel, cinnamon, and maple), all made with potato-based flour. Also new this year are pea-protein-based raspberry chews that remind us of healthier Sour Patch Kids. 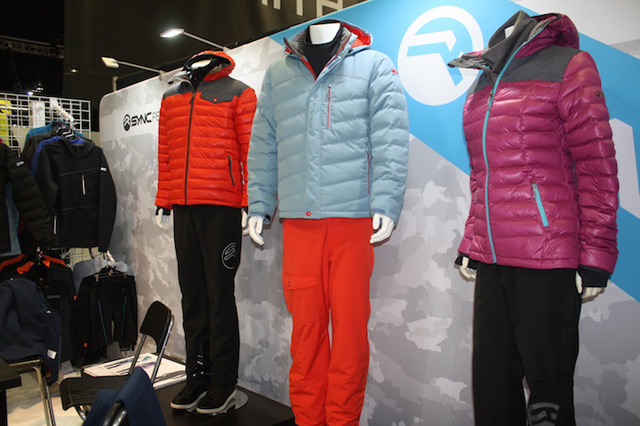 Hailing from Vail, SYNC jackets might resemble your standard around-town micro down, but they’re built for speed. Although they’re made with super warm Primaloft insulation, these puffies can stretch. An SYNC jacket incorporates Motion 360 fabric that is non-constricting when lying into a GS turn, skinning up a mountain, skating around a track, or spinning in the Superpipe, making it perfect apparel for racers and ski bums alike. 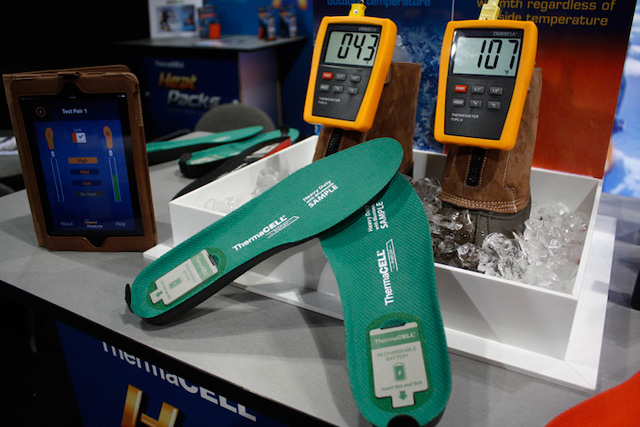 This Boston-based company introduced heated insoles four years ago. In the summer of 2015, they introduced something else that has the ski industry taking notice: bluetooth-controlled in-sole battery packs. Originally popular among ice fishers and hunters, Thermacell batteries stay charged 30 percent longer than the plug-in soles and don’t have to be removed from your boots. 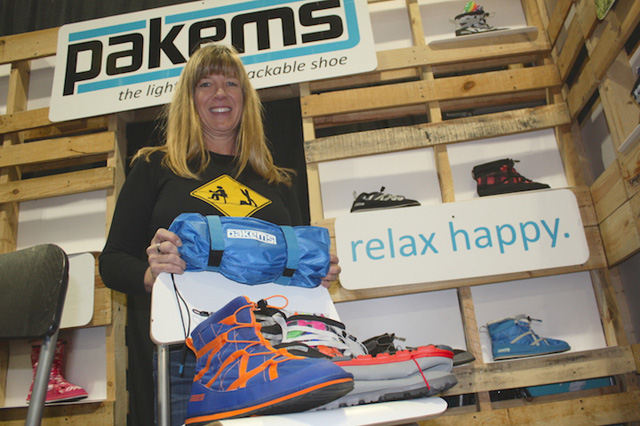 What’s the first thing you want to do after a day on the slopes? Rip those heavy boots off your feet (even when it means hitting the après dance floor in wet socks). After a day of skiing in the Dolomites, former corporate attorney and Coloradan Julie Adams knew there had to be a better way. She founded Pakems, a Denver-based company that makes lightweight shoes and booties that fold and pack into a small bag. They’re available for men, women, and kids and come in high tops and low tops (the children’s editions can even be painted with included colored markers). The shoes feel like slippers but have the traction to trudge through ice and snow. The latest and greatest low tops come out this September with an extra symmetrical folding capability that almost makes them compact enough to fit into a jacket pocket.