As an artist for New York City’s DC Comics in the 1990s, Charlie La Greca drew each story (e.g., The Death of Superman) by hand in black ink. Today, the Colorado native still etches his Mayah’s Lot series the same way. It’s a technique that, with the rise of digital art, many consider vintage—and that’s just fine with La Greca, who equates vintage with authenticity. This month the 47-year-old, who co-founded Denver Comic Con in 2009, debuts an homage to authenticity with DINK (Denver Independent Comic and Art Expo) at the Sherman Street Events Center. Unlike bigger comic events, which focus more on the pop culture around the art than the art itself, DINK will showcase independent works from the likes of best-selling graphic novelist Nate Powell to local newbies. DINK only runs March 25 and 26, but La Greca’s devotion to the old school is always on display at his Five Points home. Recently, he gave us a glimpse.

La Greca is a late-night worker: He generally creates his best art between midnight and 4 a.m. Occasionally, he relies on an old fashioned to ease him into (or out of) the creative process. He gets his Angostura bitters from Marczyk and his whiskey from Denver’s Blank & Booth Distilling Company. And he never forgets his Star Wars Death Star–shaped ice cube.

La Greca nabbed this pour-over coffee carafe at a local Arc Thrift Store six months ago. He watched several YouTube videos about how to use it and now claims his morning cup of locally roasted java is far better than anything coming out of your Keurig.

The Raphaël Kolinsky Red Sable Brush was recommended in La Greca’s first-year student kit at the Kubert School, a cartooning and graphic arts school in New Jersey. It’s his go-to tool today because the hairs stay aligned—no strays mucking up his strokes. He imagined “the fine brush hair was from the tail of a majestic Spanish horse.” (Really, it’s from a Siberian sable—also known as a weasel.) 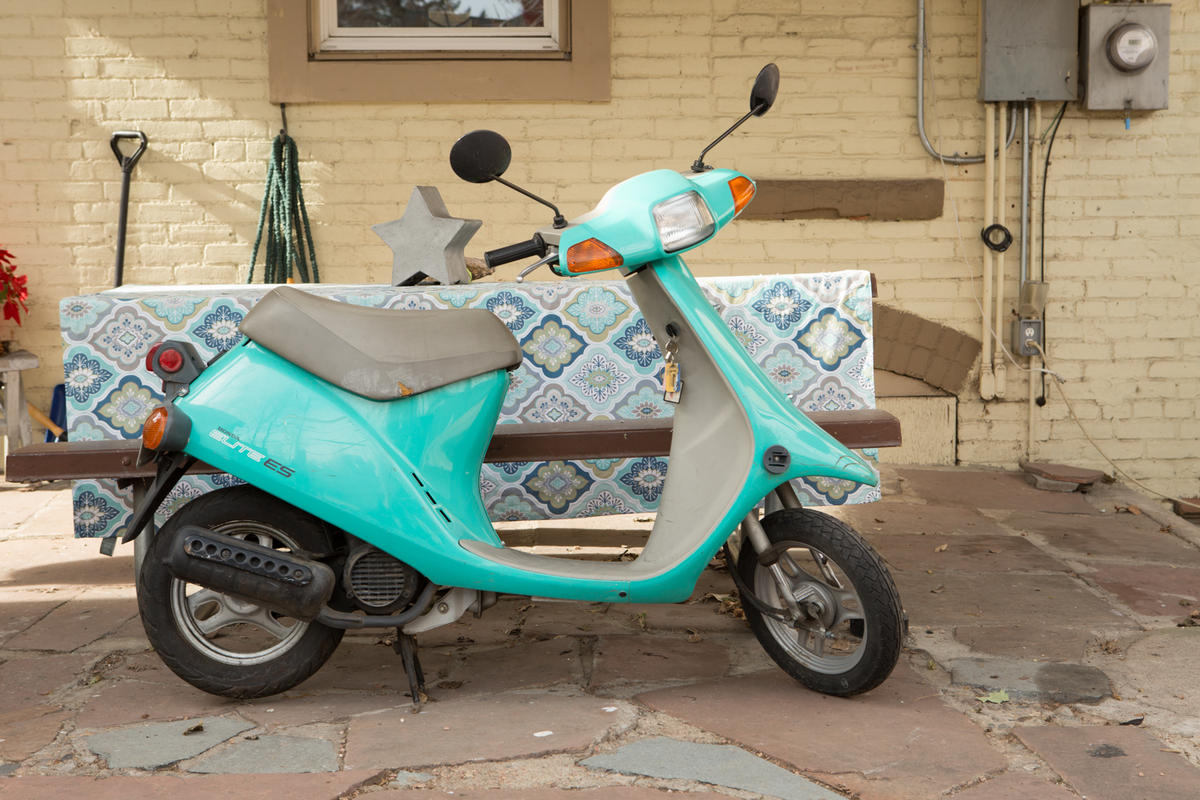 In 1986, 17-year-old La Greca purchased this scooter from a dealership on 17th Avenue. As he pulled the mint-green two-wheeler into traffic, a “sweet French woman” collided with him and dragged him for 20 feet. Both the scooter and La Greca were banged up, but not terribly. You can still spot him on the refurbished ride, wearing a leather jacket and a yellow cape that floats in the wind. “I like to wear things that start a conversation,” he says.

When La Greca began fixing up this tow-along last year, he wanted the interior details to match the camper’s era. So inside he stowed vintage editions of magazines like Sports Illustrated and Life.

In the mid-’80s, when most comic book artists drew characters defending galaxies and mankind, La Greca’s favorite comic artist—Scott McCloud—delved into meatier topics, such as sexual identity and kids coming of age, in Zot!. La Greca scored this cover after his then-girlfriend pestered the artist’s publisher into giving her McCloud’s home phone number; she talked the artist into selling her an original cover. 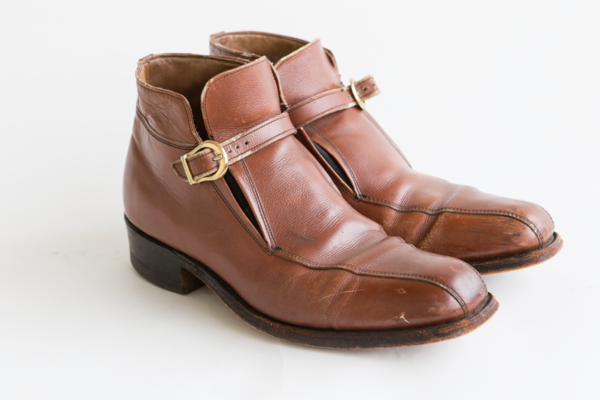 If it has a label, La Greca won’t wear it. You’re more likely to see him donning consignment goods, like the leather boots he got from the Buffalo Exchange on Broadway, where La Greca buys 80 percent of his clothing. “When pieces get old, there are only a few left like them,” La Greca says. “Each piece I buy speaks to me as
an individual.”