If you’re a regular reader of this column, you’ve likely noticed my preference for string music, and rightly so—after all, this is Colorado, a place that makes Southerners and Appalachians alike question what region should be deemed the pinnacle of pick. As such, it often means that other genres take second fiddle. Denver accommodates all tastes, however, and since the underlying goal of this column is really just to inspire folks to see more live music in general, this month the artists featured will showcase the spectrum. Still, we’ll kick off February with some bluegrass, but then as the days progress, we’ll tackle a range of sounds—from electronic to funk and hip-hop to indie—with a few acts that are harder to classify in between. 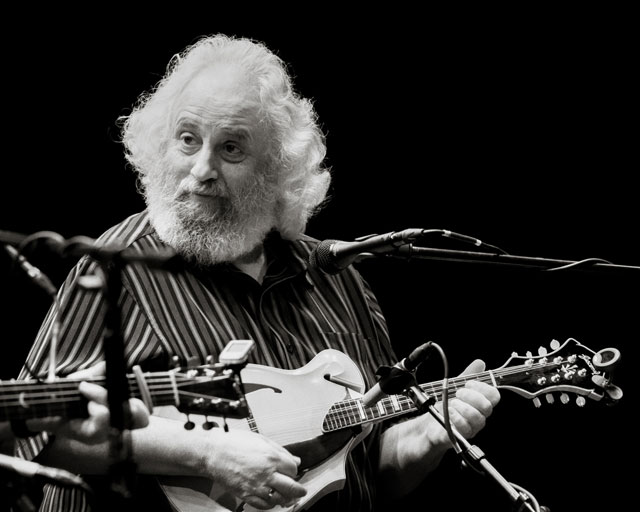 Those of a certain generation know David “Dawg” Grisman from a lifetime of him playing the mandolin amidst some of the best in the business, such as Doc Watson and Peter Rowan. In my teens, someone introduced me to The Pizza Tapes, a recording Grisman made with Jerry Garcia and Tony Rice in 1993 and released at the turn of the century, and it hasn’t left my musical arsenal since. The best date I ever went on was to a David Grisman show in New York City, after which my beau took me to the Blue Note Jazz Club. It was an appropriate post-show move: Grisman’s music is often described as jazz fusion. It’s also been described as folk, world music, and psychedelic rock, just usually not in the same show. The David Grisman Bluegrass Experience will hit Ophelia’s Electric Soapbox on Thursday, February 4. As the name implies, this project embraces the banjo, fiddle, guitar, mandolin, and vocals, adhering to American tradition. The quintet boasts some Bay Area all-stars, among them Sam Grisman, an upright bassist and the 70-year-old David’s son. 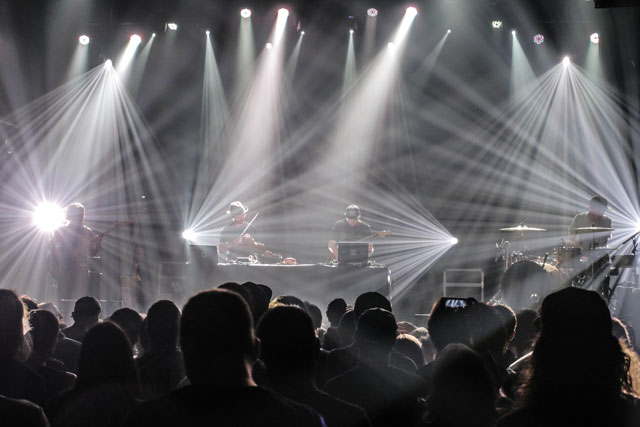 Come the weekend, Denver will be overrun with late-night “untz.” Three prominent (and popular) electronic acts are coming to town, including Sound Tribe Sector 9 at the Fillmore Auditorium February 5–6, Emancipator Ensemble at the Ogden Theatre on the 6th, and Griz at Cervantes’ Masterpiece Ballroom, also on the 6th. All are good and, depending on the crowd, can be enjoyed without a prior love of electronic music. Grant Kwiecinski, aka Griz, plays the saxophone in addition to producing tunes, and a ticket to his show, which sold out in about two minutes, will be the hardest to find. His show will also, likely, be the most innovative. Emancipator is Douglas Appling, an Oregon-based producer, who performs with an ensemble, complete with an electronic violinist, bassist, and drummer. He chooses unlikely samples and is constantly evolving his sound. STS9 differs in that it’s a full live (jam) band; the feel is simultaneously electronic and rock ‘n’ roll. All three shows are guaranteed dance parties.

The following weekend is full of equally hard decisions (at least for some). Funk quartet The New Mastersounds will be at Ophelia’s on February 11 and Cervantes’ the 12–13. Meanwhile, Ween—the weird, rock quintet known as much for jokes as for incredible songs—will play Broomfield’s 1st Bank Center from February 12–14. Having dissolved the band in 2012, all three nights of this reunion run are understandably sold-out, with cult-like fans eagerly anticipating new material. None of this matters to me though, because my favorite band, Railroad Earth, is also playing February 12–13 at the Fillmore. 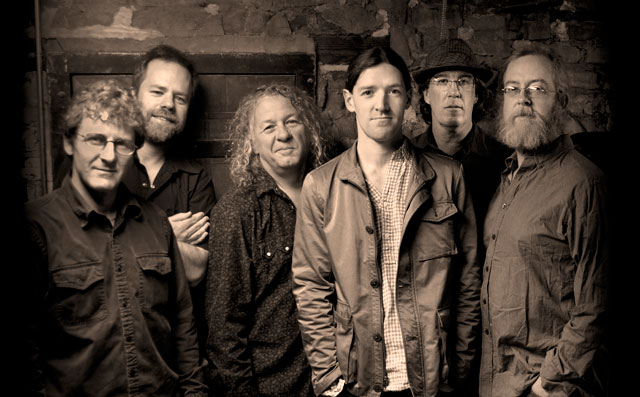 The first time I heard Railroad Earth I was a freshman in college. At the time the band had a different bassist and a small but devout following, known even then as “Hobos.” In the years since I’ve traveled across the country to see the sextet, which has stumped critics with its genre-melding sound. Front man Todd Sheaffer has a B.A. in English Lit from Columbia Univeristy and it shows in his songwriting, which fuses history, poetry, and themes that transcend time and culture. The musical prowess of the rest of the band only breathes more life into his songs, while the group’s many instrumentals are journeys in themselves. Add in the welcoming and enthusiastic crowd, the variance from show to show, and the opportunity for uninhibited dancing, and a night with these New Jersey boys is sure to make you fall in love, too. If you make one show this month, make it Railroad’s.

Considering the Railroad crowd will be predominantly homogenous, I plan on chasing that run with a bit more diversity. Spend your Valentine’s Day with Erykah Badu, a one-of-a-kind singer, actress, doula (she has helped birth 40 babies), and activist whose concerts are all R&B and ethereal soul. The Ogden tickets are pricey at $75 a pop, but I for one couldn’t imagine a more heartfelt, substantial way to spend such a superficial holiday. On the flip side of the hip-hop spectrum, Fetty Wap is playing at the Fillmore on February 24. You’ve likely heard his rap hits on pop radio (“I said hey-what’s-up-hello”); Spin named him 2015’s Rookie of the Year and others have called him a feminist. The New Jersey native has one eye and a happy-go-lucky swagger, and although I can’t personally vouch for his live show, Jay Z and Beyonce can. 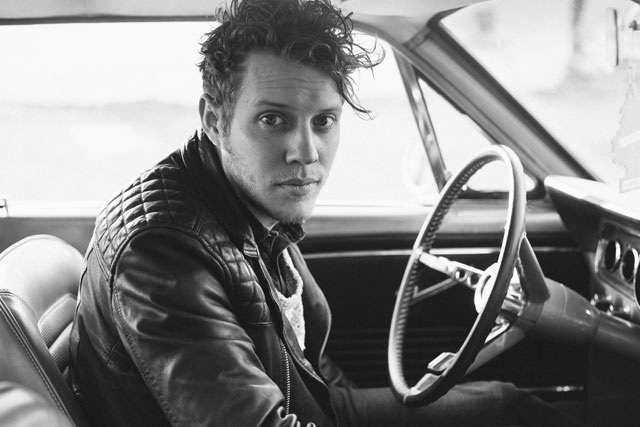 At the end of the month, choose between California indie bands Wavves and Best Coast at the Bluebird Theater or country singer-songwriter Anderson East at the Larimer Lounge, both on February 27. Wavves has a 2010 album called King of the Beach, while Best Coast released California Nights this past May; both bands offer their own variety of surf rock and a sound that will feel nostalgic for anyone who grew up in the ’90s. Anderson East, on the other hand, hails from the Athens, Alabama, way on the other coast in both sound and substance. He’s currently dating the queen of country, Miranda Lambert, but he’d be on his way to royalty regardless. East’s brand of Americana relies heavily on R&B, pop, and foot stomping, with a knack for songs that stick. If his is the last show you see this month, you’ll undoubtably leave still humming “Devil In Me.”