Growing up near Chicago, Lannie Garrett loved to sing but never cracked a music textbook. If you’ve seen the entertainer and singer (and, full disclosure, wife of 5280’s owner, Daniel Brogan) delight a room, you know that doesn’t matter. Over the past 40 years, Garrett, who co-owns Lannie’s Clocktower Cabaret, has evolved from a shy transplant to a Denver icon. Now she’s adding another credit to her resumé: Garrett will be inducted into the Colorado Music Hall of Fame, which calls Red Rocks Amphitheatre home, on April 16. Here, she recalls the stages where she built her career. 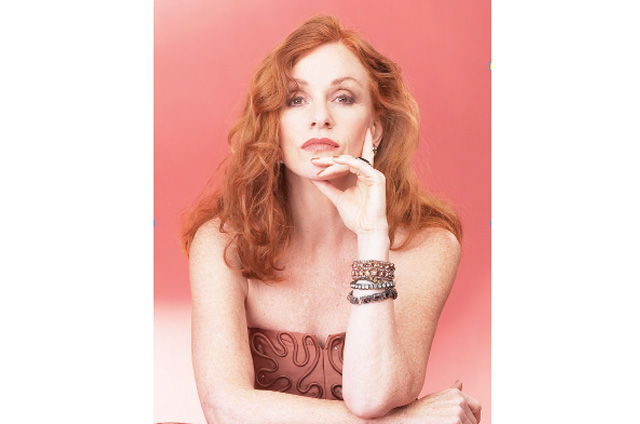 The Illinois native—who had dropped out of high school—traded a string of unfulfilling jobs (waitress, file clerk) for a ride to Colorado in an Econoline van with her then boyfriend. She planned to return to school to become a teacher.

After seeing jazz singer Ron Henry perform around town, Garrett approached him. Hoping for a spot in the band, she told him she had singing experience—despite never having sung a note outside of the shower. “I wanted to be a singer so bad at that point,” she says. She spent the next year and a half singing backup for Ron Henry and Pride—the house band for the Warehouse in Glendale—which opened for greats like Ray Charles and Ike and Tina Turner.

Following a detour to Canada, Garrett joined a jazzy group that became the Lannie Garrett Band, which developed a following at Denver’s gay clubs and then on the stages downtown. Larimer Square developer Dana Crawford opened the Cabaret (now Comedy Works) with Garrett as a main attraction.

Garrett played both performer and co-owner at Ruby, a tiny showroom attached to the ritzy Cliff Young’s restaurant, which was then located on 17th Avenue. “I learned to be a businesswoman even though I never graduated from high school,” she says. “I learned to negotiate my own contracts and schedule bookings.”

After Ruby closed, Denver Buffalo Company built a stage just for Garrett, who performed a variety of shows there, including some featuring her now-iconic country-western persona, Patsy DeCline.

When the owner of Denver Buffalo Company died, Garrett was again in need of a stage. She decided to open her own spot and believed the Daniels & Fisher Tower’s basement on the 16th Street Mall offered the perfect place for her eclectic brand of comedy, burlesque, drag, and musical entertainment. “I have been lucky to have a place to play for a very long time,” Garrett says.

(Read about other pioneers who will be inducted into the Colorado Music Hall of Fame this month.)