This month marks Mile High Music’s one year anniversary. If you’re a regular reader, you’ll know that there’s no one format, but rather the theme varies according to the scene. We’ve interviewed venue owners, highlighted single genres and genders, and even waxed poetic about Phish for a good 900 words. All that considered—and my opinions and tastes aside—this column was envisioned to help people decide what shows to see. So here it is, slightly longer than usual, your March in music, filled with a variety of bands I’ve yet to devote editorial space to, as well as a few that deserve repeat coverage.

First, we have to inevitably plug those who have no need for promotion, all of whom are performing at the Pepsi Center in succession: The Who on March 29, Carrie Underwood on March 30, and “The Boss” himself, Bruce Springsteen, on March 31. If you’re vaguely interested in any of these three artists, I’d bite the bullet and go see them (especially Springsteen, who holds the number one spot on Rolling Stone’s list of the best live acts of all time). These arena regulars are pop in the truest sense of the word, meaning they’re popular, and for good reason. 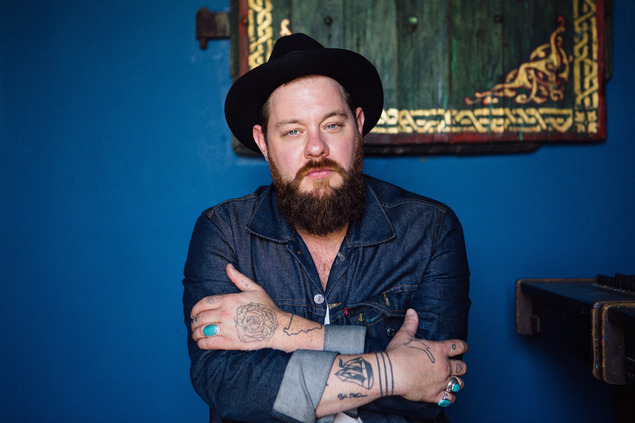 Another popular artist is Nathaniel Rateliff & the Night Sweats, who will be playing a free show at Lodo’s Bar and Grill on St. Patrick’s Day (March 17). Thrown by radio station 93.3, the event, dubbed Kegs and Eggs, will also feature Amzy and St. Motel, although Denver-based Rateliff is undoubtably the main draw. This magazine has been a fan of Rateliff’s for years, but the addition of the seven-piece Night Sweats bring a completely different sound and energy to the troubadour’s traditional sound. Gritty, soulful, and made for hip swinging, if you’re lucky enough to get in to the show (it’s first come, first serve), you won’t be disappointed.

Lesser known is the musician Jackie Greene. Before there was John Mayer and Dead & Company, there was Jackie Greene and Phil Lesh & Friends. Although it’s been years since Greene featured prominently in the Dead scene, it undoubtably helped launch his career and expose him to fans beyond his traditional singer-songwriter style would attract. He’s played with rock act The Black Crowes, as well as his own band, Trigger Hippy, but it’s Greene’s solo shows that really highlight his bluesy guitar chops and soft, soulful croon. Catch him at the Gothic Theatre on March 10.

The following night, another solo artist (though he tours with a four-piece band) Ty Segall, will play the Gothic Theatre. A little weird and slightly psychedelic, Segall creates lo-fi rock that sounds like it was born in a garage (albeit, a prolific one). Old school reverb and ’60s vibes are never far off with Segall, who released a new album, Emotional Mugger, this past January; upon listening, “glam rock,” “noise rock,” and “rock star” all come to mind.

Sierra Hull, who will perform at Swallow Hill Music on March 18, released her first album in five years this past January.

Another noteworthy solo act, Sierra Hull is a mandolinist, singer, and bluegrass prodigy, having been signed to Rounder Records at age 13. Hull released her first album in five years, Weighted Mind, at the end of January, and will play Swallow Hill Music on March 18, as well as the Telluride Bluegrass Festival in June. The other credits on the album should be an indication of her talent: 16-time Grammy winner Béla Fleck produced the record, and Alison Krauss, Abigail Washburn, and Rhiannon Giddens all make appearances.

For late night, experiential vibes, trust in keyboardist Marco Benevento, who will play March 18 at Boulder’s Fox Theater, and the following night at Cervantes’ Other Side. Benevento enjoys walking the line between reality and fantasy in his music, and is equally comfortable playing jazz or with jam bands. His latest album, The Story of Fred Short, was born of an hour-and-a-half improvised session last winter and chronicles the life of a shaman—it’s awesome to say the least. For more late night fun, go see bassist George Porter, Jr. play Ophelia’s March 25–26. A founding member of the New Orleans funk band of the ’60s and ’70s, The Meters, Porter will be playing these Colorado shows with another long-term project of his, the Runnin’ Pardners.

A couple nights later, on March 29, pop duo Chairlift plays the Gothic Theatre. You might know the pair as the only guest indie contributors on Beyoncé’s last album, or for its synth-pop, R&B-tinged dance hit “Ch-Ching.” Although the group currently calls Brooklyn home, the duo originally formed in Boulder in 2006. Close out the month with Lawrence, another Brooklyn band I recently discovered via Noisetrade, a weekly newsletter than sends out free music and books. The website describes the eight-piece as a “soul-pop group” for fans of Stevie Wonder, Lake Street Dive, and Vulfpeck. Download some of the band’s tunes and decide for yourself, or just go see them March 31 at the Larimer Lounge. 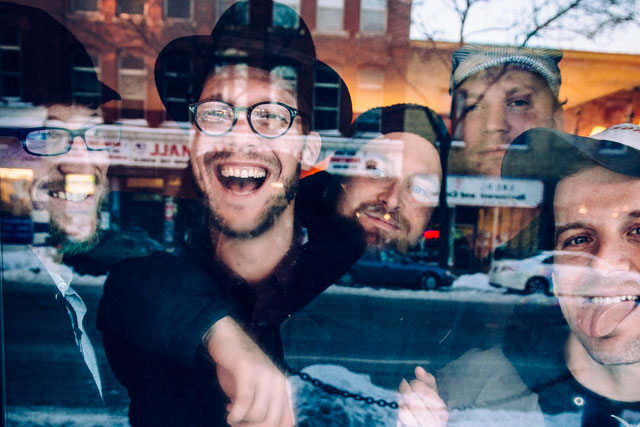 Minnesota-based bluegrass troupe Pert Near Sandstone will co-bill with Cabinet at the Bluebird Theater on March 10.

As it is, that was a lot of artists to take in for one month. Still, I’d be remiss if I didn’t mention the shows I’m most excited for this March. I mentioned Americana act Railroad Earth last month, citing the sextet’s ability to “stump critics with its genre-melding sound.” Unfortunately, frontman Todd Sheaffer fell ill and couldn’t make those dates, and they’ve been rescheduled for March 25–26 at The Fillmore. If you couldn’t make the original shows, don’t slouch on this opportunity. Railroad Earth collaborator, Cabinet, will play the Bluebird Theater on March 10. From Pennsylvania, Cabinet has a devout East Coast following and it’s only a matter of time before the string lovers and jam band aficionados of the West jump onboard. Appalachian at heart, the group is notable for its harmonies, Americana vibes, and ability to take its audience on an instrumental journey. Sharing the bill, and closing out the evening, will be the Minnesota-based bluegrass act Pert Near Sandstone, which puts on a high-energy live show.

Last but not least, don’t miss Left Hand Brewing’s Hops+Handrails snowboarding and beer extravaganza on March 12 at Roosevelt Park, near the brewery’s Longmont location. Headlining is Sam Bush, a violin and mandolin virtuoso who’s been dubbed the King of Telluride and highlighted repeatedly in 5280. Jeff Austin and Friends, as well as Colorado string quintet Rapidgrass will also be there, as will riders competing for up to $1,000 in prizes and folks just looking to drink from the 60-plus craft breweries in attendance. As in all things you do this March, strike a good balance, and you’ll come out on top.