There are a few songs that really defined my high school years. Wilco’s “Jesus Etc.” was one of them, The Decemberists “I Was Meant for the Stage” another, and The Postal Service’s “The District Sleeps Alone Tonight” a third. A fourth would be Joanna Newsom’s “The Book of Right-On,” off of her debut album, 2004’s The Milk-Eyed Mender. Newsom has always been a very unique artist: She has a distinct voice, at once comforting and eerie, and is arguably the best known harpist in the world, let alone in her genre of choice, indie-rock. Newsom never lost the love of critics or fans, but was propelled further into the public consciousness when she married comedian Andy Samberg in 2013 and announced her first album in half a decade, Divers, which debuted this past October.

“Sapokanikan” is the first single off of Newsom’s most recent album, Divers.

Here’s Newsom on constantly having her person and music characterized throughout her career as ethereal and elfin—a “whimsical girl of the woods”:

“Well, I do think that pretty much every person that makes music has some thing that he or she cannot shake, and doesn’t really relate to, and this is mine…I do think that most of the people who actually like my music, and listen to it in any way other than a passing, casual listen—I think very few of those people are quite that reductive about me. It does still bother me. It also is funny to me, because it takes enormous effort at this point to maintain that interpretation of the music. You have to ignore 90 percent of the lyrics!

[The] thing that is most important to me, truly, is that the melodies be good and pleasing and beautiful. And I know beautiful is a very loaded and sometimes problematic word. But I want songs to be substantial and have a strong core of well-written melody and exciting, interesting chord progressions—these things that are very immediate, and don’t require digging or analyzing in order to ‘get,’ whatever that means.” —from a 2015 interview with NPR 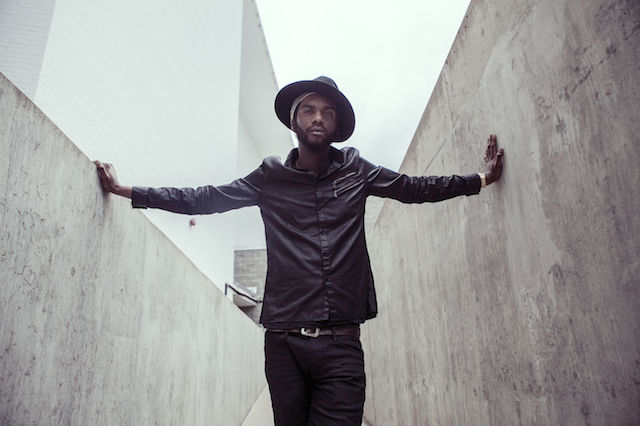 In 2013, Rolling Stone deemed Gary Clark Jr. “the chosen one,” citing Eric Clapton’s love of his playing, and Buddy Guy’s faith that he could save the blues. When Clark was just 17, the mayor of Austin, where he’s from, declared May 3, 2001 to be Gary Clark Jr. Day. Because he’s black, stylish, and a world-class shredder, comparisons to Jimi Hendrix come easily. Stylistically, Clark melds the blues with modern hip-hop and soul, and 2015’s The Story of Sonny Boy Slim, which Clark played most of the instrumentation on, also plays with pop, funk, and gospel—it’s a blues album that plants the genre firmly in the present along an evolving continuum, honoring the African American experience throughout. Below, Clark discusses why he decided to go in so many musical directions:

“It felt the most natural. Let me say this: People expect me to do a certain thing that I’m not going to do, because what I like is OutKast, Otis Redding, John Lee Hooker, and Marvin Gaye. That’s my sh*t. That’s [the type of music] I like to make. I also like to experiment with new technology.” —from a 2016 interview with Modern Drummer

“I really just wanted to put everything together and be 1,000 percent who I am. This album is exactly what that is, loud.” —from a 2015 interview with Rolling Stone 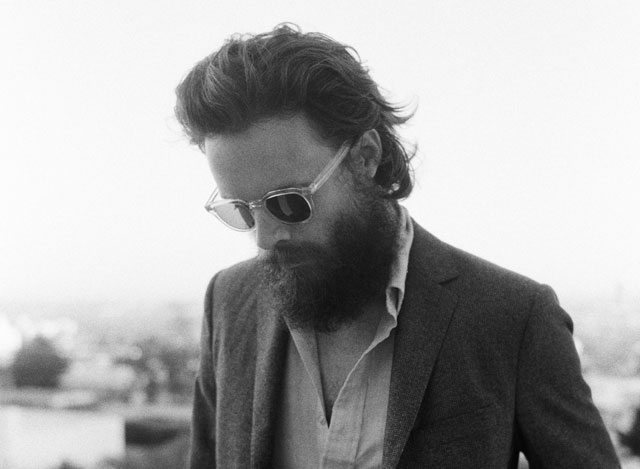 Joshua Tillman was the drummer for indie-rock band Fleet Foxes before leaving the group in 2011 to embrace his alter ego and focus on his solo work, which is reminiscent of the ’60s Laurel Canyon sound with a heavy psychedelic bent. Misty’s sophomore album, I Love You, Honeybear is filled with modern love songs, and was praised by critics for being at once funny, cynical, and heartfelt. Social commentary—universal truths, as well as nuanced observations of the defining characteristics of our culture—are specialties of Misty’s. In this interview, Misty talks about taking the hallucinogen ayahuasca, which he claims afforded him the clarity to leave the Fleet Foxes and hone his musical gifts:

“I started to recognize my voice coming through for the first time, and all the conflict and the psychotic caveats and disclaimers and messy extraneous bullshit was, ironically, where all the clarity was: My spiritual gift is my skepticism and my cynicism and my sense of humor and my penchant for stirring shit up. That’s what I have to offer the world…I realized I’m the hero of my own tale.” —from a 2015 interview with Pitchfork 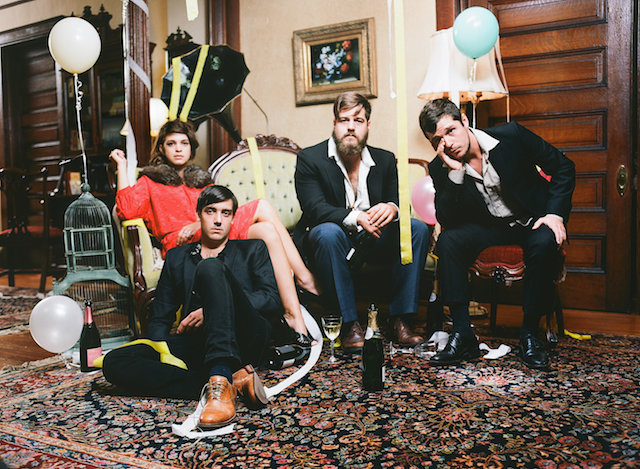 If Mipso, a quartet out of Chapel Hill, North Carolina, isn’t already on your radar, it should be. Although the band’s instrumentation and spot-on harmonies read bluegrass, its sound is more indie-folk. In fact, that’s the descriptor most often applied to the band, which released it’s second album, Old Time Reverie, this past October. Considering Mipso’s up-and-coming status, we conducted our own interview with guitarist Joseph Terrell.

On the Band’s Sound:

We tend to fall somewhere between the genre cracks, even when hyphens are involved. Indie-folk isn’t far off. We do have a mandolin in the band, and we call our violin a “fiddle,” so some folks have tended toward “bluegrass,” whereas we’d prefer “bluegrass-y” or “kinda bluegrass,” so as not to set unrealistic expectations for all the banjo twang lovers out there. We’ve been called “Americana,” but that always makes me think of old flags and license plates at a junk shop. By the way, we promise not to bring a banjo to the concert.

Really we’re songwriters who love singing in harmony. We play acoustic instruments and draw from a lot of the traditional music of North Carolina because that’s something we grew up with and are interested in learning from. But we’re better songwriters and singers than we are pickers, so I’d probably settle on “indie songwriter-stringband Americana-grass.”

[Our previous album] ‘Dark Holler Pop’ was a snapshot of us borrowing some bluegrass bona fides and dressing our songs in bluegrass outfits. There’s a wink and a nod in there somewhere. It was really fun and I’m still proud of that record. ‘Old Time Reverie,’ besides having stronger songs and tighter harmonies, is full of Rhodes piano and organ—more groovy and dark—and definitely harder to classify. It feels more like us being us. I’d start with “Bad Penny” and “Down In The Water” for a taste. And it’s all more fun when we can pull it off live, so y’all should come see us in Denver. 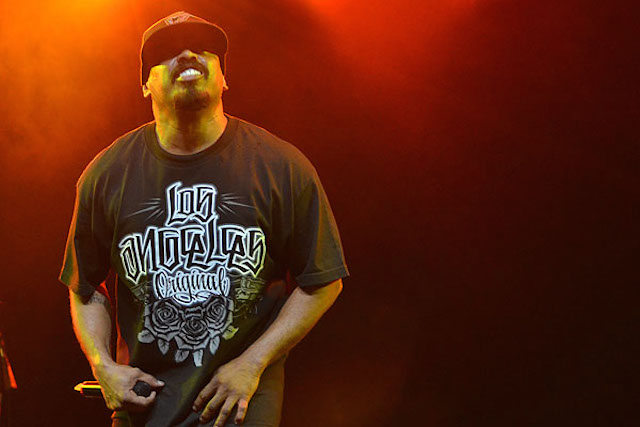 Hip-hop group Cypress Hill formed in the late ’80s in Los Angeles, and became famous in the ’90s for its pro-marijuana stance, Latino heritage, and in-your-face lyrics (meticulously brought to life by producer DJ Muggs). Throughout the years Cypress Hill has sold more than 18 million records and continues to draw large crowds at live shows, which understandably, tend to be enjoyed in a cloud of smoke. Appropriately, the band will be playing this gig as part of the Colorado Cannabis Cup Awards Show. In addition to a handful of other artists, George Clinton will be bringing his particular brand of funk—a psychedelic, winding, and invigorating blend of R&B, soul, and doo wop—with the grooviest band of the ’70s, Parliament Funkadelic. Since the event celebrates weed, here’s Sen Dog, from Cypress Hill, talking about the bands relationship to the herb:

“We’re proud of the contribution we have made over the years in getting people to understand [cannabis] more. We always knew that the stuff we were talking about was true and now we’re seeing it come to pass; many states legalizing marijuana for medical use and seeing that there are sick people who do better with cannabis than regular medication…We need to leave that 1950s mentality where it is. As we get older and civilization continues to grow, people become willing to open their eyes to things. The generation who only saw negative things in relation to cannabis are starting to fade away and disappear. It’s a new younger blood now running the world. They see the positive side to it, which is good.” —from a 2010 interview with Clash 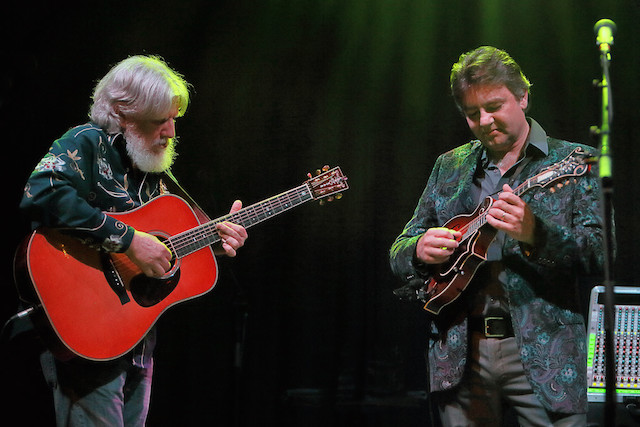 The McCourys are always a sure bet, whether you’re seeing the family patriarch Del or his backing band, The Travelin’ McCourys, which consists of his two sons, Ronnie (mandolin) and Robbie (banjo), as well as Alan Bartram (bass) and Jason Carter (fiddle). Phenomenal flat-picker Cody Kilby recently joined the Travelin’ McCourys. The five-piece band is performing at The Bluegrass Ball: two nights of fast notes that will also include The String Cheese Incident’s Billy Nershi (guitar) and Greensky Bluegrass’ Anders Beck (dobro). All the men on stage are friends and frequent collaborators, so it’s safe to say they’ll be some crossover amonst sets. In the quote below, Ronnie—who joined his dad’s band at age 14—discusses how The Travelin’ McCourys are doing their own thing:

“We like to go in and play traditional bluegrass music the way we do with Dad, but we also like to be able to step into situations where we can really stretch out. If we need to plug in, we’ll plug in. We’re open to anything…With Cody, we really have the perfect combination: a great player, and he fits perfectly with what we do — straddling the fence between traditional and progressive. No matter what we throw at him, he can handle it.” —from a 2016 Travelin’ McCourys blog post