The sixth annual Boulder Startup Week is upon us, and it’s a big week, indeed. Nestled against the Flatirons, Boulder boasts the nation’s highest density of startups per capita. In honor of Boulder’s can-do tech culture, we wanted to celebrate a salient part of the startup world that no one likes to talk about: failure.

The success rate among startups is somewhere between one in 10 and one in 20, estimates Rachel Beisel, startup veteran and vice president of marketing at Boulder’s Gorilla Logic, a mobile and web app development company. The remaining companies fold or re-work their idea entirely (translation for techies: pivot).

“Most entrepreneurs who have been around a long time can point to times that they’ve failed,” says Boulder startup mogul and Techstars co-founder David Brown. “But you have to believe in yourself there, too, to learn from that and say, ‘let me pick myself up and try.’”

Here, three Colorado entrepreneurs, each in a different season of their career, share their failure stories, what they learned, and how they moved forward: 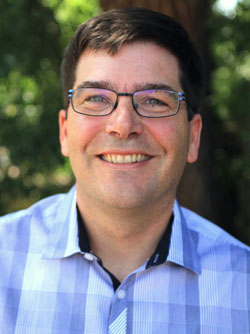 “You could have it on your cell phone [read: early 2000s flip phone] and check into a restaurant or bar and see which friends were nearby. There was no way to get the application on every phone, so the only way to do it was to get on the mobile carrier’s deck.” An app without an app store, it failed after two years of hard work and the loss of Brown and his partners’ investments (of their personal funds).

Where He Is Now: Today Brown is somewhat of a kingmaker in the tech startup world: he’s a managing partner at Techstars, a startup accelerator that runs programs funding and mentoring fledgling entrepreneurs.

Lessons Learned: “Related to failure, specifically, it’s OK. It happens a lot more than you’d think, you learn a lot more than you think you might, and we should all as a community do better to embrace failure as part of the process and not an indication that somebody’s not worthy of what they’re doing.” 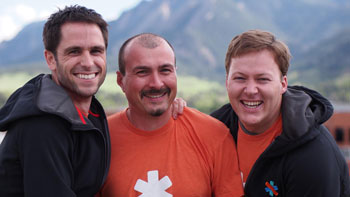 Eyeing single-passenger cars clogging I-70 with one lonely pair of skis in the roof rack, Krauth thought to himself: There must be a better way. He researched traffic patterns and somewhat similar ride-sharing models at the time and imagined a company that would link up skiers or commuters headed to the same place. It might seem like a no-brainer now, but back in 2007, no one thought people would agree to ride with strangers. Unable to find a business partner, the idea flat-lined before gaining any traction. He says he still has the plan, somewhere, and he still thinks Colorado could use his idea.

Where He Is Now: Krauth, along with his two partners, is in the thick of a Techstars’ accelerator program. He’ll present his new project, Orderly Health, to more than 100 potential investors at Techstars Boulder Demo Night during Boulder Startup Week. Orderly Health is a text message-interface app designed to hack your headache-causing healthcare woes. Not sure if your insurance covers X rays? Text Orderly Health for a plain-language answer, along with the address and phone number of the cheapest option near you. The product is intended to be bought and used by companies with many employees on the same health care plan, and Boulder Valley School District has already agreed to pilot it.

Lesson Learned: “People think you’re stupid until you’re not,” Krauth says. For example, the efficacy of your wild ideas needs to be proven, somehow, before an investor will give you millions of dollars for them. 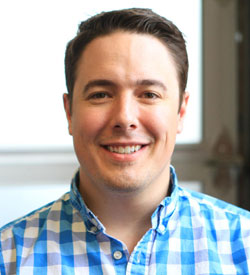 “My wife was working in a professional environment and had to buy maternity clothes. I saw what seemed to me to be a highly inefficient process … I said to my wife, there’s got to be a service where you rent maternity clothes and return them. That service didn’t exist, so I thought to myself, hey, I should build this.”

Talbot assembled a small team and left his wife and baby on the East Coast to participate in the Techstars summer accelerator program. But by midway through the program, he realized his business model was beyond salvaging. “There was really no way you could make money doing it in a scalable way because of the complexities when you add in style and sizing requirements.”

With about six weeks left in the program, Talbot and team went back to the drawing board and conceived an entirely new company.

Where He Is Now: Talbot heads GoSpotCheck, a project born from his failure and one of the Boulder startup world’s biggest success stories. GoSpotCheck uses data and mobile technology to provide insight to retail companies on their marketplace visibility (Dannon, for example, uses the service to track how their products are faring on grocery store shelves).

Attend: The sixth annual Boulder Startup Week runs May 16–20, and includes 200 events that are free and open to the public. For registration and more details, visit boulder.startupweek.co.