Summer is here in all her glory and thus, it’s officially time to transition your show-going outside. Red Rocks Amphitheatre is always a sure bet, with great shows lined up for June, but there are also Colorado festivals to be had, smaller outdoor venues to visit, and even mountain town squares to boogie in.

Concerts on the Rocks

You can’t really go wrong with any show at Red Rocks, and the following are mere suggestions for various genres. If your thing is funky grooves, then hit Lettuce on June 10. One of New York’s best bands, this soul septet always brings innovative hooks and a party vibe. On June 13 catch rock act Steely Dan, essentially the outlet for songwriters Walter Becker and Donald Fagen. Although the band is best known for its prolific studio work, the 13-piece ensemble’s live show will be melodic and memorable, defined by harmonies, with influences that range from blues to jazz, and stellar instrumentation; go early for the singer/songwriter/multi-instrumentalist Steve Winwood.

Colorado act Devotchka will perform on June 16 with the Colorado Symphony for its fifth time. For the uninitiated, the full orchestral power of the symphony is a perfect complement to the indie quartet’s unparalleled brand of gypsy folk-pop. At the end of the month (June 28), make the drive to Morrison for Ben Harper and the Innocent Criminals. When singer–songwriter Ben Harper really wants to rock, this is the band he turns to. Expect extended improvisations and tunes off the group’s 11-track April release, Call It What It Is. 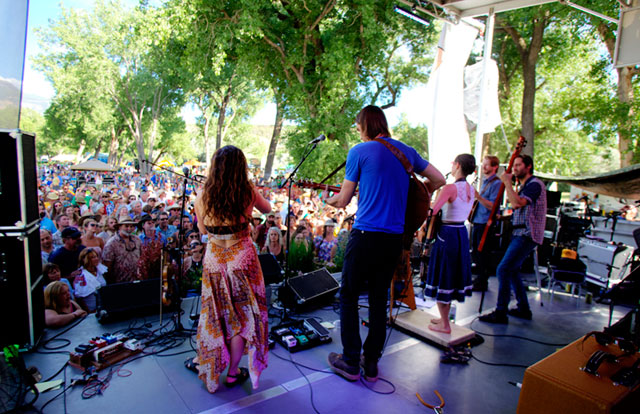 Arguably Colorado’s most famous fest, the Telluride Bluegrass Festival typically sells out in a day when tickets go on sale each December. If you didn’t score tickets to this year’s event (June 16–19), fret not—there are two other local bluegrass events that are equally worthy: Palisade Bluegrass and Roots Festival (June 10–12) and Clear Creek Rapidgrass (June 24–26). The former takes place in the pretty little town of Palisade, known for its peaches, scenic vistas, and nearby mountain biking. The latter is closer to Denver in Idaho Springs, in case a day trip is more your festival speed. The David Grisman Bluegrass Experiment, the mandolin virtuoso’s Americana supergroup, is headlining both. If you opt to go to Palisade, old-timey duo The Lowest Pair are up-and-comers not to miss, while skipping Peter Rowan at Rapidgrass would be considered sacrilege in the church of bluegrass.

If bluegrass isn’t your style, or you’re hoping to stick around town, head down to the LoHi Music Festival on June 11. The 2016 incarnation of this annual street party features a funk-heavy lineup, with Karl Denson’s Tiny Universe headlining, and the Kyle Hollingsworth Band playing a set before. Other notable acts include California rock band Animal Liberation Orchesta (ALO) and Jennifer Hartswick and Natalie Cressman, singers and horn players best known for their roles in the Trey Anastasio Band. Don’t forget your costume: The theme this year is Space Odyssey. 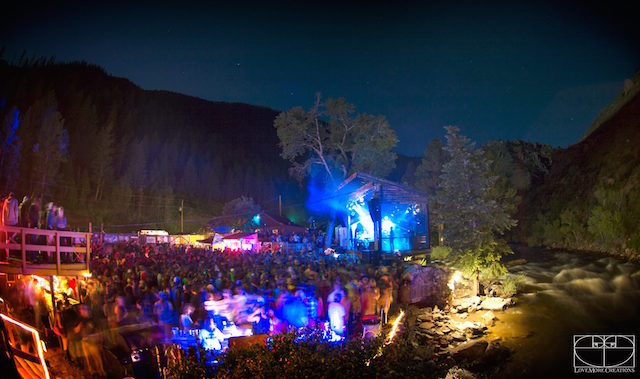 As you might have heard, the Mishawaka Amphitheatre is celebrating a century of community vibes and music this year. Head up on June 4 to catch the California Honeydrops at the iconic riverside venue, and dance the night away to the band’s infectious blend of funk, R&B, and soul-pop. On June 15, the Grammy Award-winning group Bela Fleck and the Flecktones will play the Chautauqua Auditorium. Headed by the world’s preeminent banjo player, the Flecktones don’t adhere to any one genre, combining influences from around the world to create genius compositions—this is a show not to be missed. Although the concert is technically indoors, discerning locals will be picnicking and listening for free outside, just steps from Boulder’s famed Flatirons and a handful of trailheads.

Last but surely not least, drive some 3,000 vertical feet to Vail on June 29 to catch Matt Butler’s Everyone Orchestra, an ever-changing collective of musicians from around the country. This one-of-a-kind bluegrass iteration will feature Chris Pandolfi (The Infamous Stringdusters), Bridget Law (Elephant Revival), Mimi Naja and Tyler Thompson (Fruition), Tyler Grant and Adrian Engfer (The Grant Farm), and Jay Starling (Love Cannon). The show is free to attend and will feature mountain views, as well as local spirits, beer, and food for purchase.