When the Denver Art Museum’s native arts department was founded in 1925, it was the only museum in the country exhibiting art by native peoples—and that remained the case for decades. Today, the institution is once again honoring its long-standing commitment to showcasing Native American arts and culture with Why We Dance: American Indian Art In Motion (on view through August 14), as part of the museum’s Summer of Dance.

If you’re thinking this will be a quiet visual tour through historic pieces, think again. The exhibition immerses visitors in American Indian culture through sound, movement, and color as they explore depictions of, and the art forms used to create, powwow regalia. Two videos bookend the show, including a participatory installation called RoundDance by artist Alan Michaelson, a Mohawk from Six Nations Reserve in Canada. Why We Dance also includes a selection of modernist paintings from the 1920s and 1930s. Pay special attention to the display mannequins: The brilliantly colored clothing are presented on forms that were specially designed for the show; they were posed in authentic dance positions by members of Denver’s Native American community.

Before you go, glean some behind-the-scenes perspective with the help of John Lukavic, associate curator of native arts, who sat down with us to discuss the exhibit and cultural appropriation of Native American culture by the fashion world. 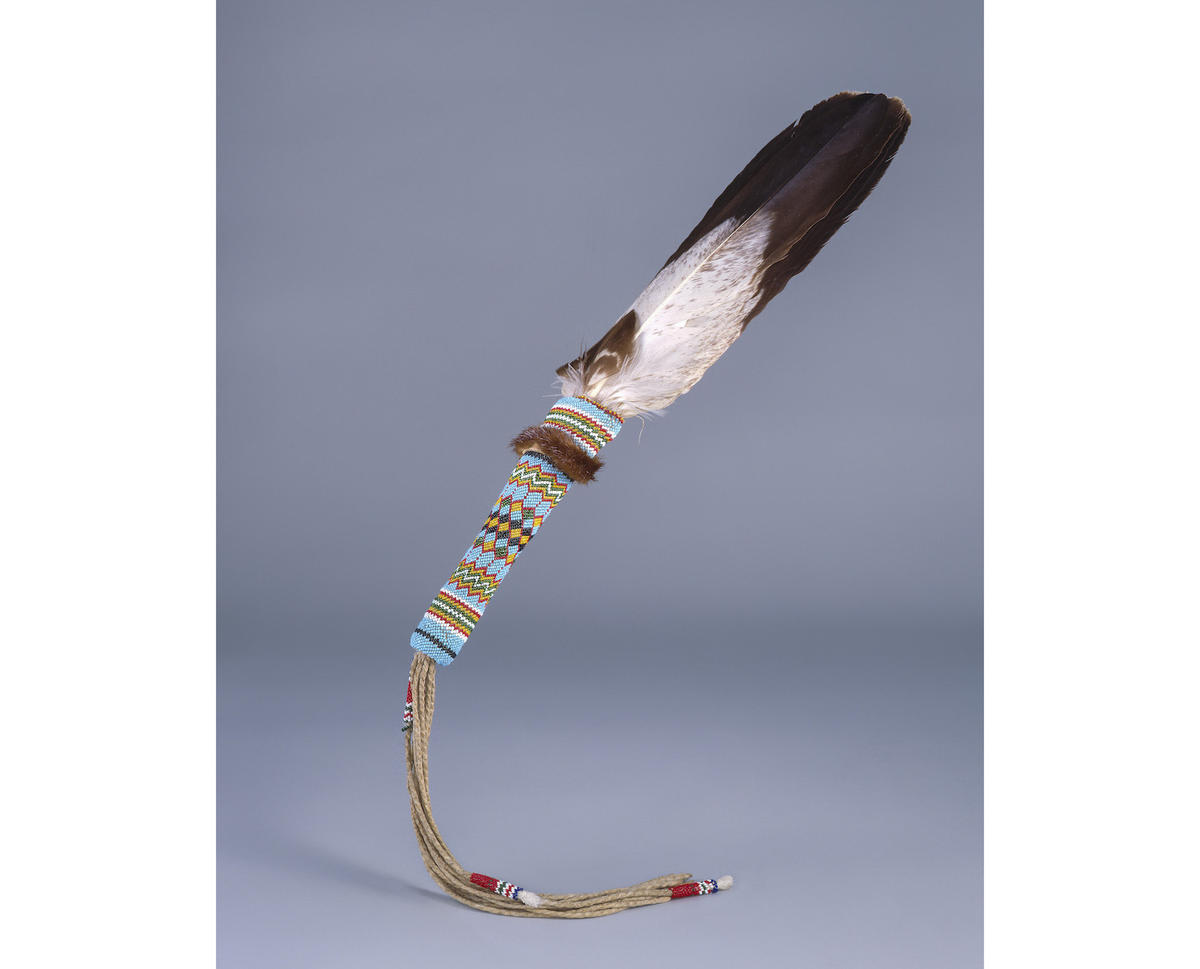 5280: I keep using the word “traditional” when talking about powwow outfits, but you’ve got a bone to pick with that word. Why?

John Lukavic: Tradition is a non-qualified term; it doesn’t provide you with enough information because it’s traditional to whom and traditional to when. So many times in popular culture people have a static view or a stereotype in their mind of who a native is and what a native is supposed to look and dress like, and that’s usually from the 1880s Plains Indian cultures. You see all of these depictions of Native Americans in feather-bonnet headdresses, but the reality is those were only worn by very few people—only about 12 tribes out of 562 ever wore a headdress.

How did this exhibition come together?

We very much wanted this to be an immersive environment; we wanted to show a range of dance styles and why people dance. The title is said in the first person plural because this is not my voice—it’s the voice of native people. There are two other curators on this project: curator of native arts Nancy Blomberg and Russ Tallchief, who is a member of the Osage Nation. Tallchief is a tail dancer in the Osage Inlonska Society. A tail dancer comes out at the end of the song after everyone has gone back to sit down; it’s symbolic of after a battle when people would come back to see if they could rescue any of their fallen warriors, but also to finish off the enemy. We’ve incorporated actual scenes of people from here in our local community. The metro area is one of the largest urban native communities in the nation. It is very much an intertribal community, because they’re from all over the United States. They’re from diverse tribes or nations that all have their own ways and customs of doing things, but then they all come together in a way that has generated a sharing of ideas.

The outfits are amazingly intricate.

I assume many of them were crafted using original methods?

We highlight different media, like porcupine quillwork, which is an art technique that’s indigenous to native North America and is still an active artistic practice. There’s also ribbonwork from an Osage master ribbonworker. You’ll see a lot of color, texture, and pattern, as all of these elements are a big part of powwow clothing, especially contemporary versions. Because powwows have a competition element to them, these elements help attract the judges’ eyes. Rich, saturated colors are very prominent, but now it’s getting brighter and flashier. For example, there’s a men’s fancy dance outfit in the exhibition that uses the shiny side of CDs and surveyor’s tape. It’s so you get the flash of light with the movement. The surveyor’s tape replaces what people used to use, which was dyed horsehair on the end of feathers to get movement.

The classic response is, ‘Native people always used what was available to them.’ Even from the earliest time of trade when they first got glass beads or brass bells or even the use of metal thimbles, all of these kinds of things started to get incorporated into native clothing. There’s a lot of duct tape that’s used today for repairing things or connecting things, and the response that native people always say is, ‘Well, if my ancestor had duct tape, they would have used it.’ There’s a practical element to it.

From fashion shows to summer music fests, you see non-native people using the headdress as a fashion statement piece. How do you react to that type of cultural appropriation?

There’s a lot of literature out there making it akin to dressing in black face. Historically, those feathers and the bonnets were given to elders who earned the right to use them based on their level of humility, wisdom, and generosity. It was an honor to be given these items. There’s also a more insidious level to this as well. For generations, native peoples were persecuted and prohibited from speaking their language and from wearing their native attire. For generations, this was literally beaten out of them. So, for someone non-native to now say, ‘We’re going to wear a headdress because it’s really cool’ is a slap in the face to native people.