Before there was the Source, and shipping containers housing hip eateries, and painted rhinos on bicycles designating bikes lanes—before anyone wanted to bike, let alone drive, around the area we now call River North, there were Rexford and Sharon Brown.

They came across an abandoned brick building on Blake Street that had been an industrial pattern shop for 80 years. It was, to them, the perfect place for them to create a home and gallery in one. One handshake later, it was theirs. The couple gutted the space and brought in local architect David Tryba to transform it into a public–private venture. In April 1991, the Pattern Shop Studio opened to the public as the Browns’ home, Sharon’s painting studio, and a gallery.

Twenty-five years later, the Browns are celebrating their silver anniversary by honoring the Pattern Shop’s legacy. Pattern Makers (September 2 through October 14) features the work of five Denver-based artists—ceramicist Jonathan Kaplan, plus painters Susan Blake, Marty Jaquis, Jerry Johnson, and Annalee Schorr—who incorporate geometric and organic patterns into their pieces. While each artist employs repetition in different ways, bold color is a constant. Their works carry a hefty dose of intrigue as well, as the designs present in new ways depending on your angle and distance from the frame; the longer you stare, the more patterns you’ll notice. “They make your brain work,” Rexford says. 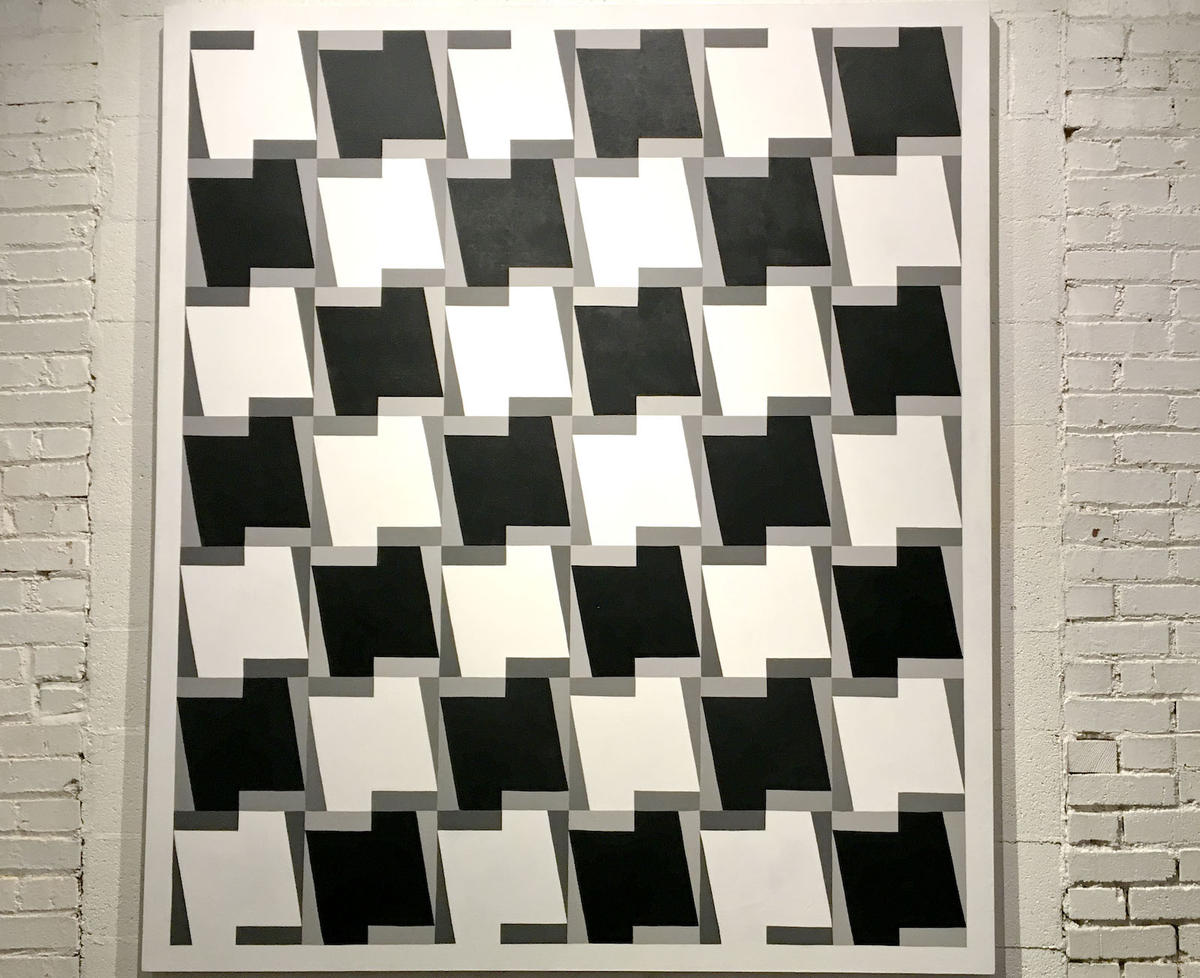 Take Johnson’s “Zoom” (pictured above). The black-white-gray, houndstooth-like pattern reads the same no matter which way you hang the painting. Even cooler: Johnson painted it completely freehand, basing each line on a mathematical formula that can often, according to Rexford, be found in his pocket.

Like all shows at the Pattern Shop, the 45 featured works are spread throughout the Browns’ home, in stairwells and hallways and offices. Which may be precisely what has kept the Browns in business for so long: Nowhere else in Denver can you see art in the context of a home, surrounded by furniture and yesterday’s dishes—as it would be if you purchased it. Here, you begin to understand how art can fit into a space and transform it. The Browns gave art a home in an area where no one expected to find it.

“The house itself is a work of art,” Rexford says, “And it was designed and built to show art.”

All those years ago, when they first opened, people had to know they existed to visit. Nowadays, RiNo has its own art district and recently created a business improvement district. And while there’s still very little foot traffic on the street, the Pattern Shop’s reputation continues to draw people in with its unique mission and gregarious owners.

“I remember thinking when we moved in, when I was 45, that someday we are going to be the crotchety old people in the middle of this place,” Sharon says. “We’re closing in.”

Pattern Shop Studio is only open “on demand.” Receptions for Pattern Makers will be held on September 2, October 7, and October 21, from 6 to 9 p.m. You can meet the artists during salons on September 10 and October 15, from 4 to 6 p.m.