As the weather on these fall mornings gets progressively cooler, we find ourselves craving a cocktail that’s a bit more substantial than a mimosa to accompany our weekend brunches. And what better way to ring in the crisp air than with the Bloody Mary? Whether you like yours spicy, tangy, smoky, or loaded up with all sorts of gourmet garnishes, here are the Mile High City’s very best. 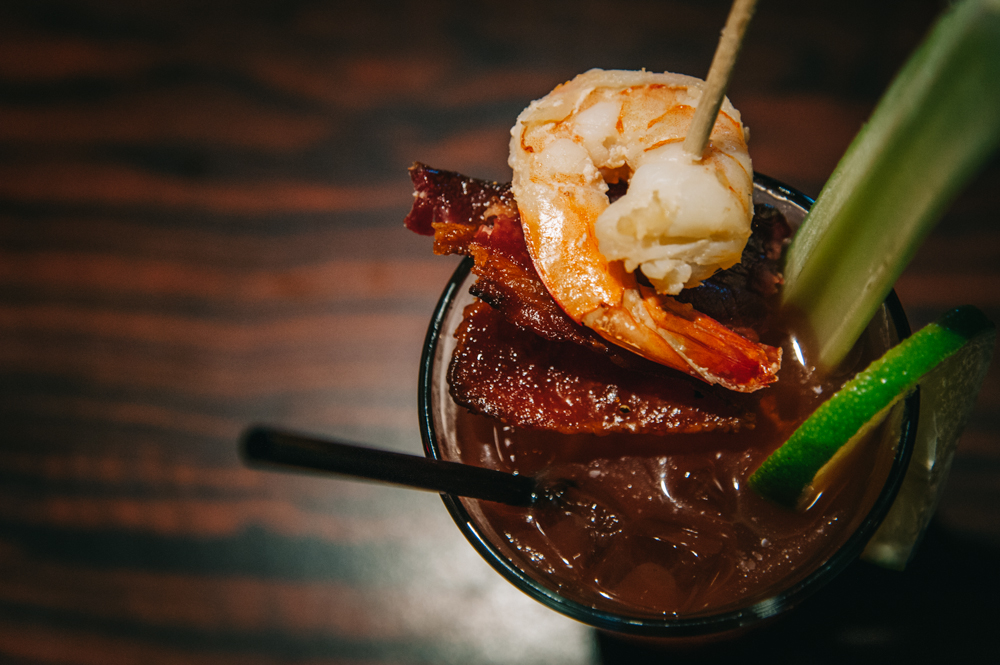 Gaetano’s was known for its bootlegged moonshine back in the Prohibition days, but now it’s the extensive bloody Mary bar that draws a crowd. Start with the pickled cucumber-infused vodka and the house tomato mix (which includes Italian seasonings) and then make your way to the stocked buffet. There, you’ll find a bevy of accoutrements from shrimp to candied bacon to celery to olives, plus more than 40 hot sauces to choose from. This may be the most over-the-top Bloody Mary bar in all of Denver. 3760 Tejon St., 303-455-9852 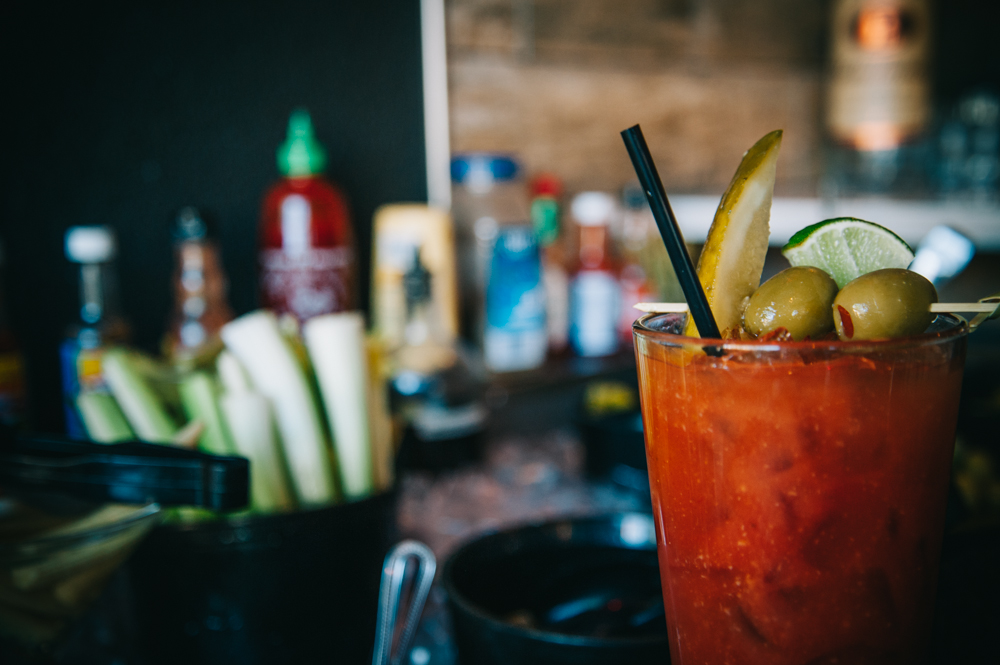 Since opening its doors four years ago, the District Bistro has become an Uptown staple for elevated pub classics. It’s also mastered the art of the extended-stay brunch, with a bottomless Bloody Mary bar outfitted with all sorts of fixings. The bottomless deal ($12.50) is a no-brainer for a boozy brunch, but if you’d rather limit your consumption, opt for the Ultimate Bloody Mary instead: a 32 ounce Mason jar with pepper-infused moonshine, house-made tomato mix, skewered chicken, shrimp, and a strip of crispy peppered bacon. 1320 E. 17th St., 303-813-6688 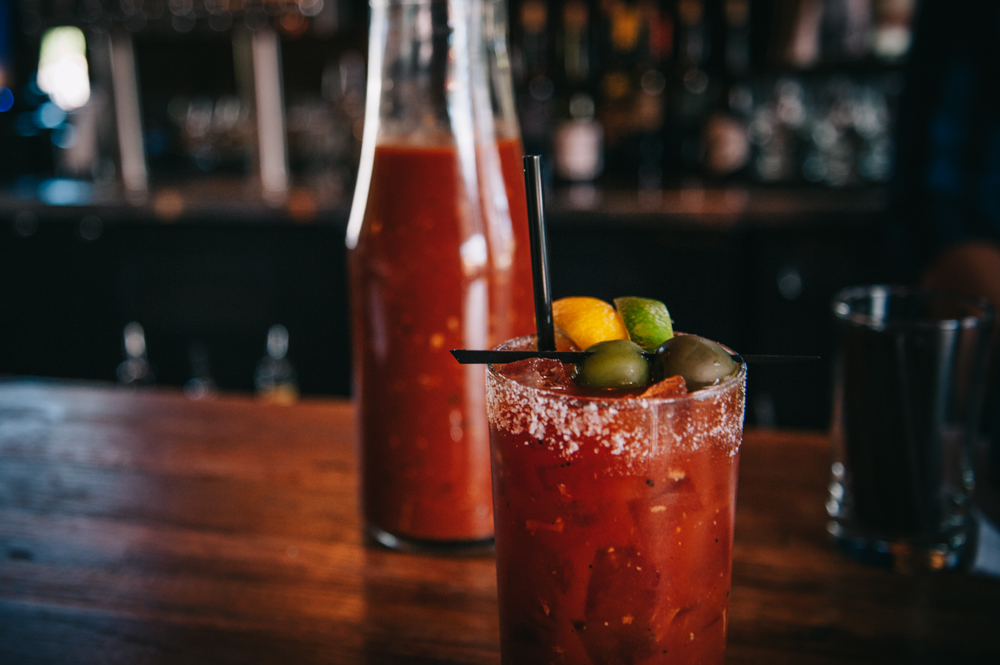 This almost two-year-old establishment in West Highland is no stranger to challenging the standard brunch game, offering oysters on the half shell, a peanut butter and Fresno chile Benedict, and ramen on its a.m. menu. Pair the eclectic eats with the killer Bloody, which involves vegetable juice, Worcestershire sauce, Sriracha, Tabasco, fresh lime juice, salt, cracked pepper, and freshly shaved horseradish and a finishing touch of lemon, lime, and Castelvetrano olives. A more traditional take on the classic, this libation doesn’t need over-the-top garnishes to impress. 4450 W. 38th Ave., 720-638-1242 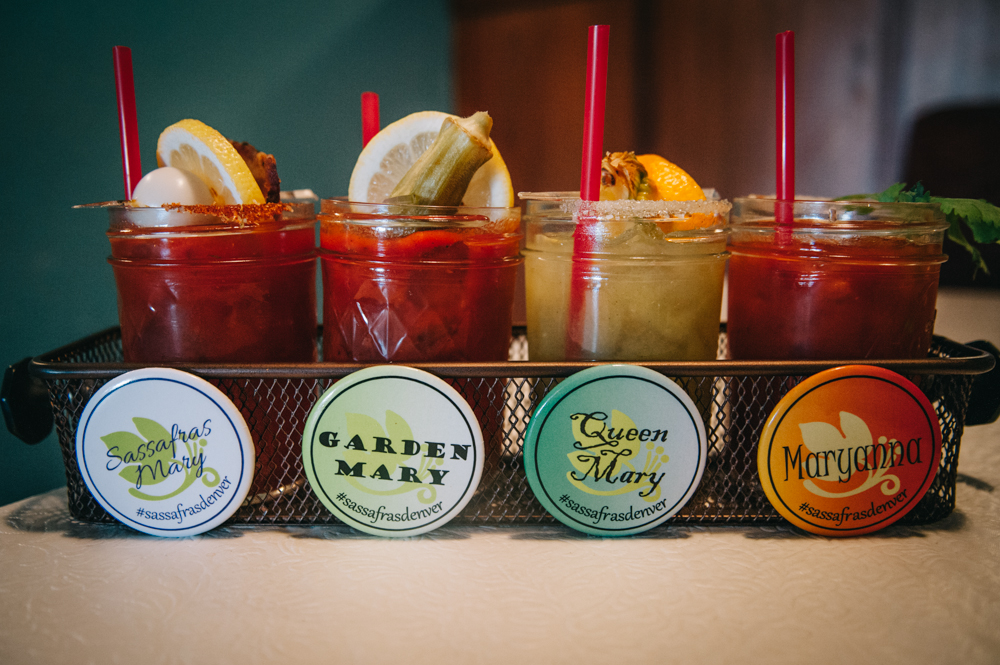 It’s no surprise that both locations of Sassafras American Eatery are perennially packed for brunch. Indulgent, Southern-inspired eats like the chicken-fried egg and à la carte biscuits are a serious draw. But the real star of the morning meal is the Bloody Mary flight, in which you can sample any four of the 11 Marys on offer. You can’t go wrong with the Sassafras Mary, the house classic made with garlic and dill vodka, piquillo pepper, red tomato, and house Cajun seasonings. For your other three tastes, we recommend the Garden Mary (which includes an herb and cucumber vodka, red tomatoes, celery, parsley, and fresh garlic), the Queen Mary (pickled pepper vodka, green tomato coulis, citrus, and green chile), and the Maryanna (charred citrus vodka, fresh lime, cilantro, roasted tomatoes, celery, and parsley). 2637 W. 26th Ave., 303-433-0080; 320 E. Colfax Ave., 303-831-6233 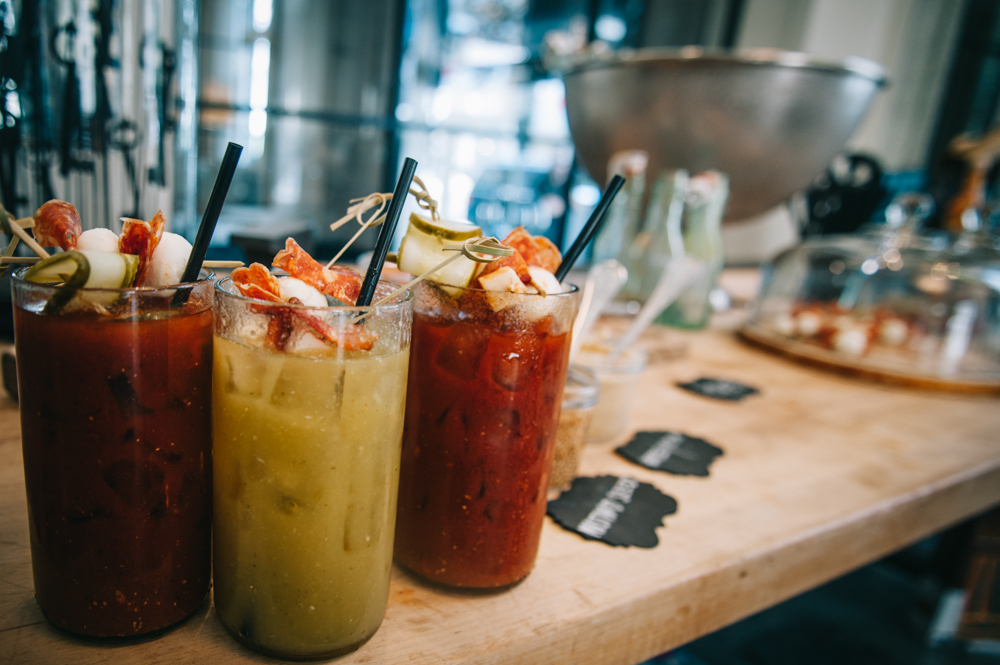 Situated inside the Hotel Teatro in downtown Denver, the Nickel is a brunch destination—especially when you factor in the charcuterie Bloody Mary bar. Start with a pint glass filled with vodka and add one of the house-made mixes, which include options ranging from green tomato to spicy red tomato. Then, add your pick of skewered pickle ribbons and various meats and cheeses, such as salumi and mozzarella. This libation is so hearty it’s practically an appetizer course in and of itself. Bonus: Pick out one of the many board games (stacked beneath the Bloody bar accoutrements) to play as you sip. 1100 14th St., 720-889-2128