When Hal Coombs first began hunting elk in Colorado’s Flat Tops Wilderness in the mid-1970s, the six-foot-two-inch Vietnam veteran’s goal was simply to get away from all of the other hunters camped out along the roads. He and a friend, Mickey Spalding, decided to hike far into the backcountry, leading a single horse into the stark late-fall landscape, and a tradition that’s continued for 40-some years was born.

Over time, the group has evolved and faces have changed: Coombs’ sons were allowed to join the hunt when they turned 12; women from the family are welcome and occasionally come along; and Coombs’ most steadfast hunting companion, 72-year-old Spalding, has made nearly every trip. “Just being out there, not running into other people—it’s gorgeous country,” Coombs says. “You get to see bald eagles and all kinds of other wildlife you wouldn’t see if you were sitting on your couch.” 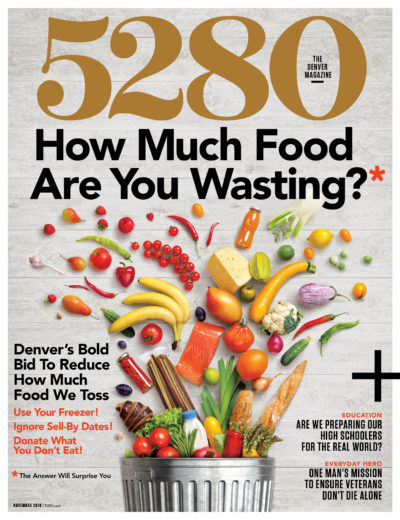 In 2015, five men (including 15-year-old Emmet Kuper, a family friend who calls Coombs “Grandpa”), seven horses, and photographer Kaylinn Gilstrap made up the hunting party. Hauling more than 1,000 pounds of gear and food—everything they needed to survive for a week and safely pack out the meat from their kills—four miles into the wild required months of careful planning. Mornings began before dawn, with wood-stove-cooked breakfasts followed by long days in the saddle tracking elk, sometimes through inches or even feet of snow. But for Coombs, it’s all part of the bonding experience, which the retired firefighter says is as important to him as the goal of bringing home food to stock the freezer. “We’re meat hunters, we’re family, and it’s expensive,” 67-year-old Coombs says. “Not anybody can just do it. But it’s worth every penny.”