When chef Jeff Osaka set about concepting Sushi-Rama, his year-old RiNo hot spot, he wasn’t going for the minimalist, Zen vibe of most sushi shops. Instead, he and business partner Ken Wolf asked Denver-based LIV Studio to explore the modular look of the ’60s. They provided two key inspiration points—Austin Powers and Hollywood’s Cinerama Dome—before turning the design firm loose. “We kept it pretty vague,” Osaka says. “We wanted colorful and fun, and they went for it.”

Principal designer Brandon Anderson dove into the kitschy history of “kaiten”-style (conveyor-belt) dining in late-1950s Japan and then mined the Atomic Age for ideas. Sputnik-style chandeliers, plastic laminate plywood, and minimalist seating were the winners, and the larger-than-life chromatic pop art of Roy Lichtenstein and Andy Warhol emerged as a natural muse. 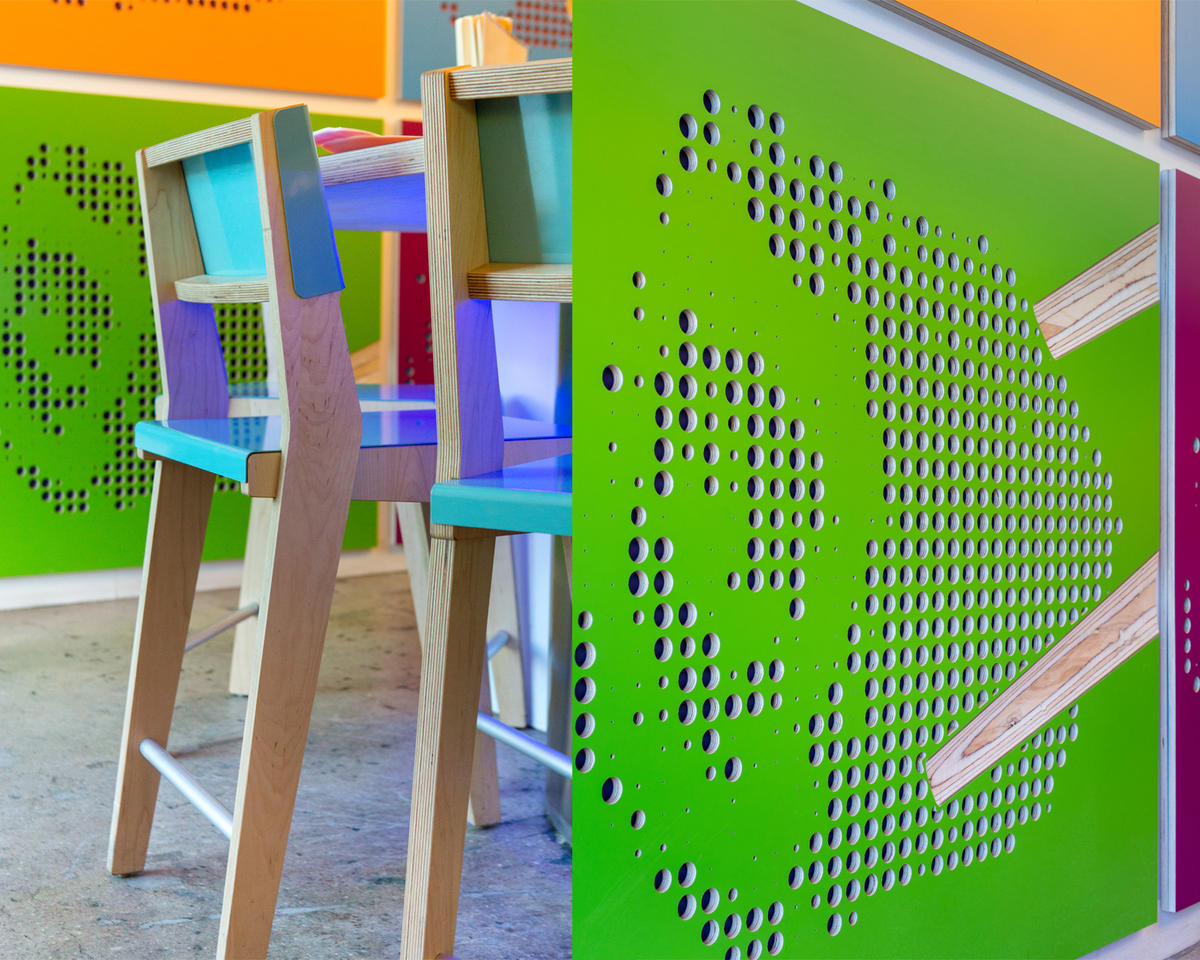 The result is a restaurant that jumps with Jetsons-like red tubular booths and colorful wood-laminate chairs by Denver’s Housefish. But the restaurant’s crowning feature is a colorful, sushi-roll-centric 16-by-20-foot art installation built by RiNo’s design/fabrication shop Vonmod Ltd. Look closely and you’ll see those gigantic chopsticks aren’t made out of bamboo, but instead consist of layer after layer of carefully carved modernistic plywood. “If Lichtenstein and Warhol had a sushi baby, that’s what this would be,” Anderson says. That’s a combo we’d order again and again.