The year was 1928, and Florence Kountze Best spent her inheritance building her dream home in Denver’s Belcaro neighborhood. The daughter of an esteemed Colorado banker, Best enlisted the now-renowned architectural firm of Fisher & Fisher to dream up a fantastic Mediterranean Revival home at 3125 E. Exposition Ave. Back then, local landmarks influenced design choices: The roofing tiles found on Park Hill Elementary School inspired the home’s original green-tiled roof, and the exterior took notes from the large blond bricks of Ebert Elementary School. 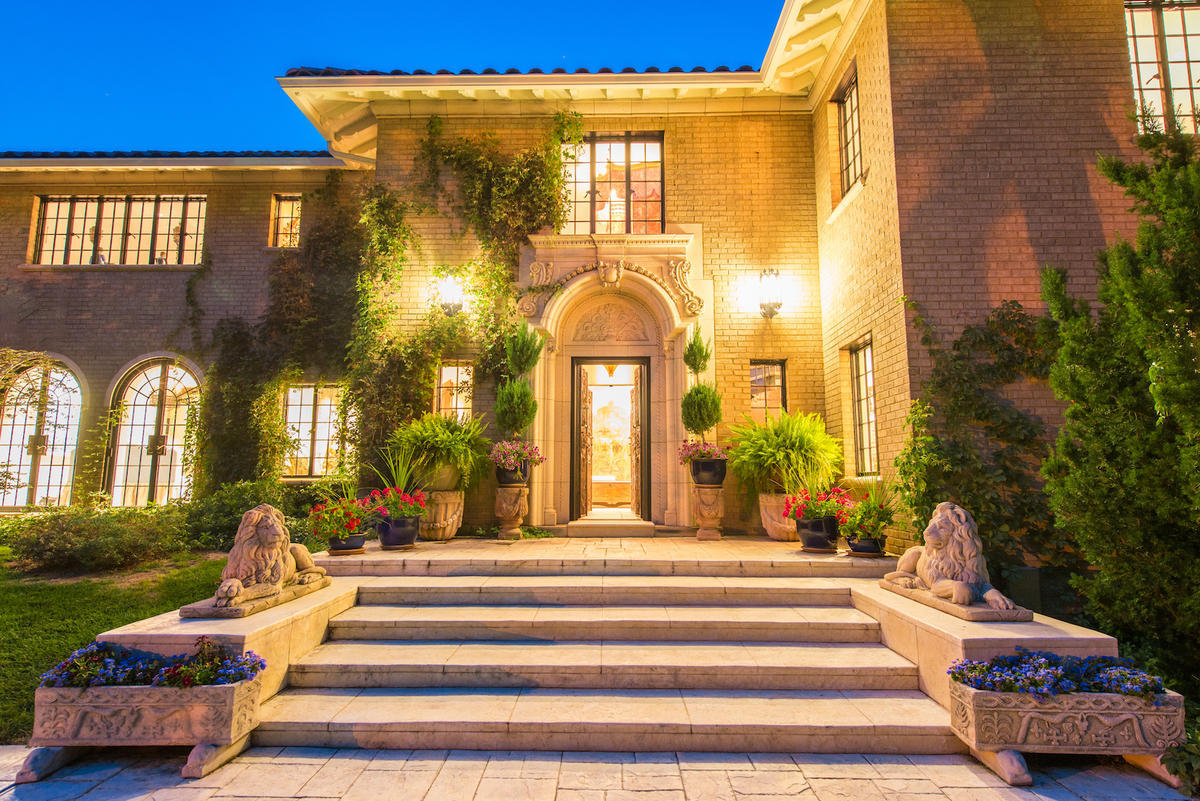 But fast-forward 80 years to 2008, and the home had fallen into disrepair. It was slated for demolition; the roof had been removed and the interior was stripped bare. Developers were planning to build four new houses on the property’s one-acre lot. That is, until Historic Denver—the preservation nonprofit that saved the former residence of Molly Brown, now home to her namesake museum—jumped in to help the current owners with zoning issues that allowed them to keep the structure intact and sell it to a new couple willing to take on the massive project of restoring the historic home. 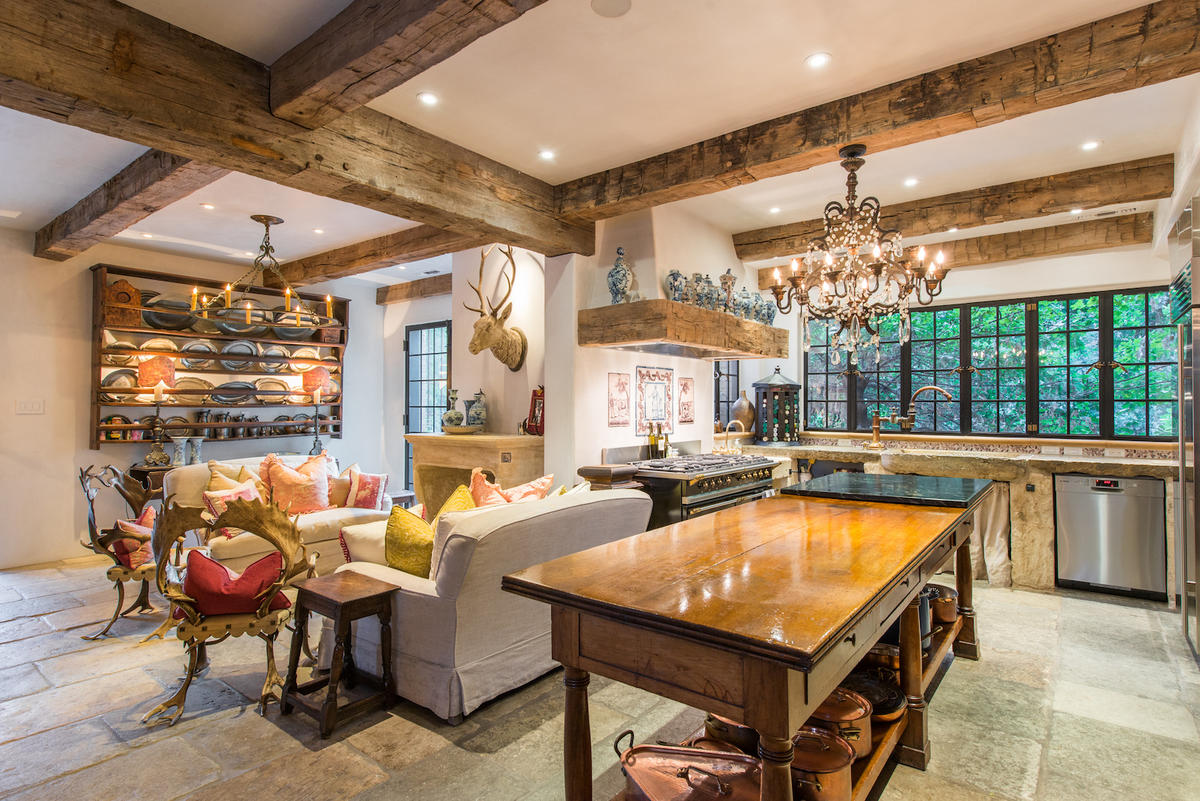 An avid antique hunter and an interior designer, the wife traveled Europe to source antique pieces for every room in the home. Today, the property—which features six bedrooms, five bathrooms, a gourmet kitchen, and a pool—is on the market for $5.5 million, though touring the house feels more like a trip to a museum than your standard walk-through. 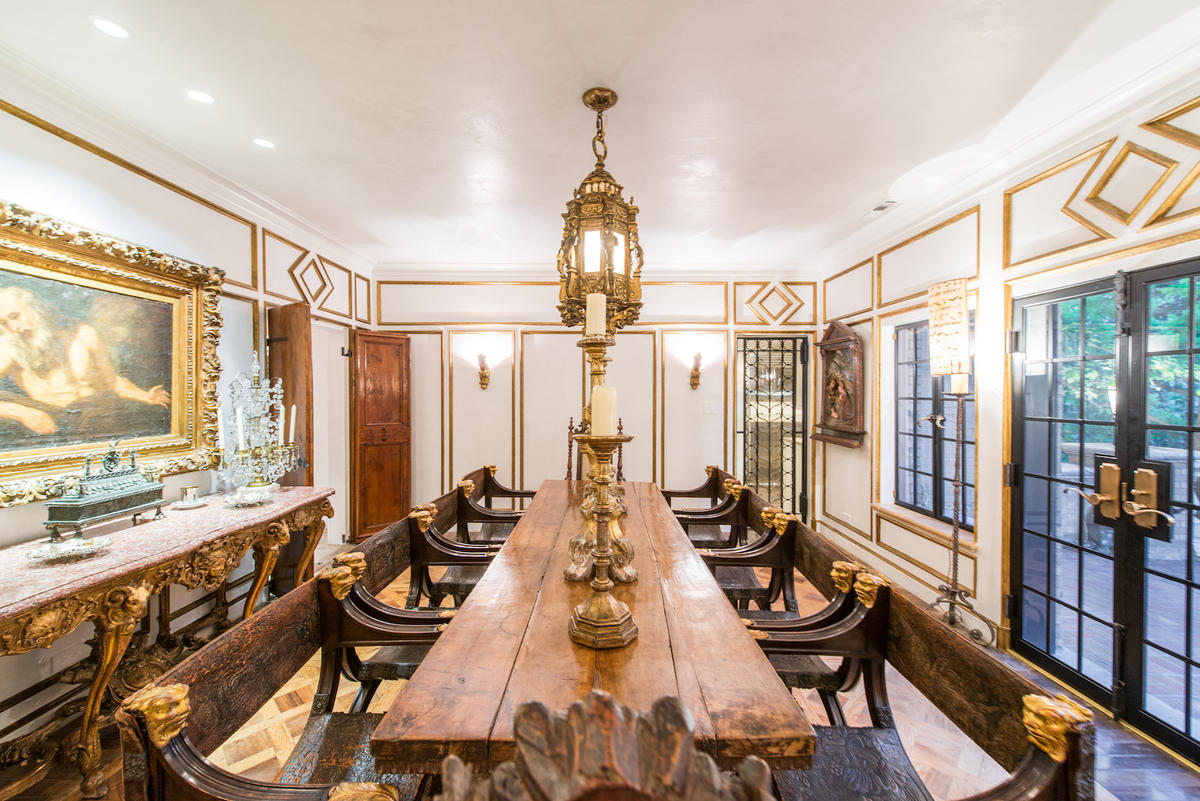 “It was absolutely a labor of love, and that shows throughout the entire home,” says Chris Bouc, broker with LIV Sotheby’s Wolfe Group. Case in point: Every wall is freshly waxed Venetian plaster, painstakingly applied to create a smooth enamel surface over the triple-brick walls. Every inch of flooring is at least 300 years old, whether it’s French oak, limestone, or European tile. Every major light fixture is an antique. A blacksmith worked on-site for the project’s duration, reconfiguring the 18th- and 19th-century iron doors in the vestibule. He also created custom windows when the originals couldn’t be refurbished and hand-forged all the surface bolts throughout the home.

Even the kitchen sink was originally utilized in an 18th-century French silk factory. “Nobody does this,” Bouc says. “It’s over the top in every possible way.”

The best part? Because the owners made design choices for this particular property, many of the antiques and features (such as those light fixtures and the antique Portuguese tile mural embedded into the kitchen wall using tiles from the owner’s personal collection) will stay in the home. But as Bouc points out, one need not be an antique collector to make herself at home here. The white walls, black windows, and exquisite flooring could afford a clean slate for more modern decor—a deliberate decision made to help ensure that this home lives on for at least another 80 years.