Original art, a massage center, a rooftop deck, an open bar…you might rightly ask how anyone gets anything done in such an environment. But designing offices to feel a little less like work is the intent of real estate developer Grant Barnhill, whose adventures in co-working began when he found himself with extra space to rent in one of his office buildings in Denver’s Capitol Hill neighborhood a few years back.

“It was an accident,” says Shift Workspaces founder Barnhill, who redeveloped urban apartment buildings in Denver for almost 20 years under the Boutique Apartments moniker before opening his original shared-office project at 383 Corona St. “We bought the building and had some extra space, so before we rented it out, we created the office space that we wanted to work in.” 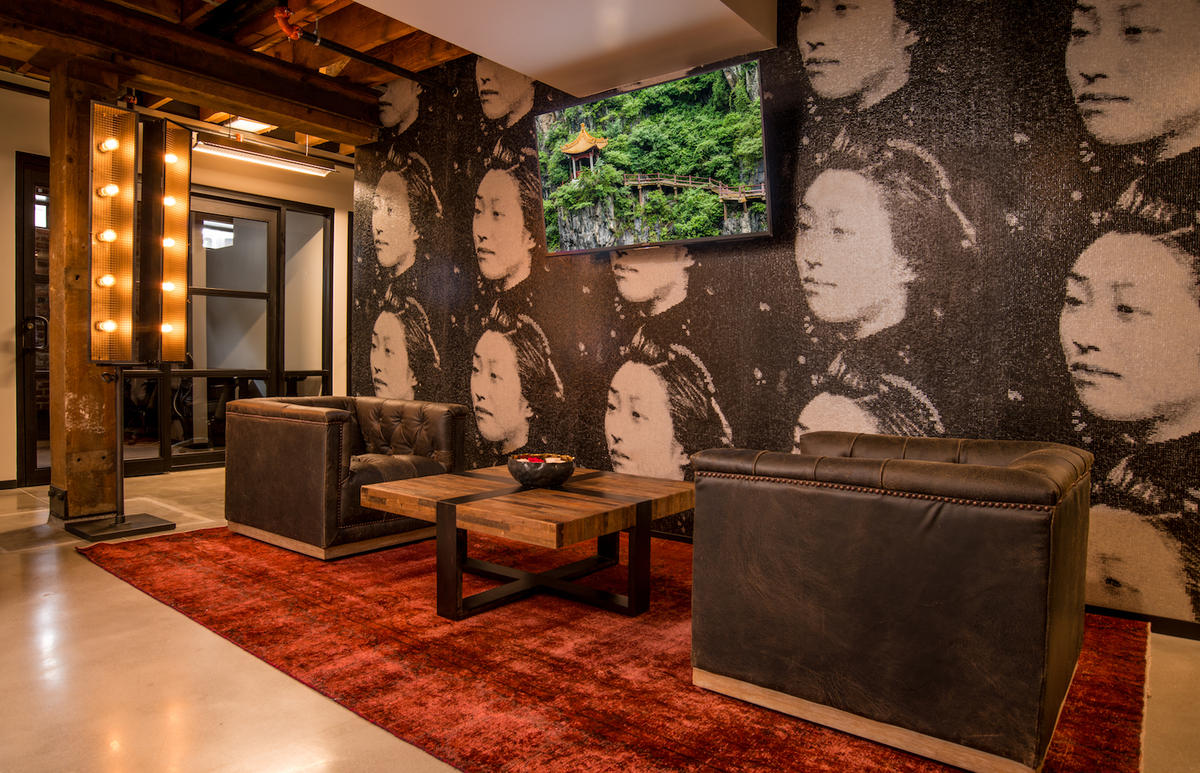 Barnhill’s second Denver outpost, which opened last month at 1001 Bannock St., required a complete redesign of the 22,000-square-foot former Fistell’s Electronics warehouse to bring a boutique hotel feel to the workplace. “We know design matters when it comes to how people work,” Barnhill says. “Light matters; being able to open the window matters; having a mix of available types of spaces matters. And being in a cool environment matters.”

With help from interior designer Kirsten Brundage of the Interior, Shift Bannock layers industrial modern touches to the bones of a classic Denver brick warehouse. The team’s refined industrial style keeps exposed brick walls but also incorporates more than 50 pieces of original art and wall coverings by a dozen craftspeople, all but one of whom are local. 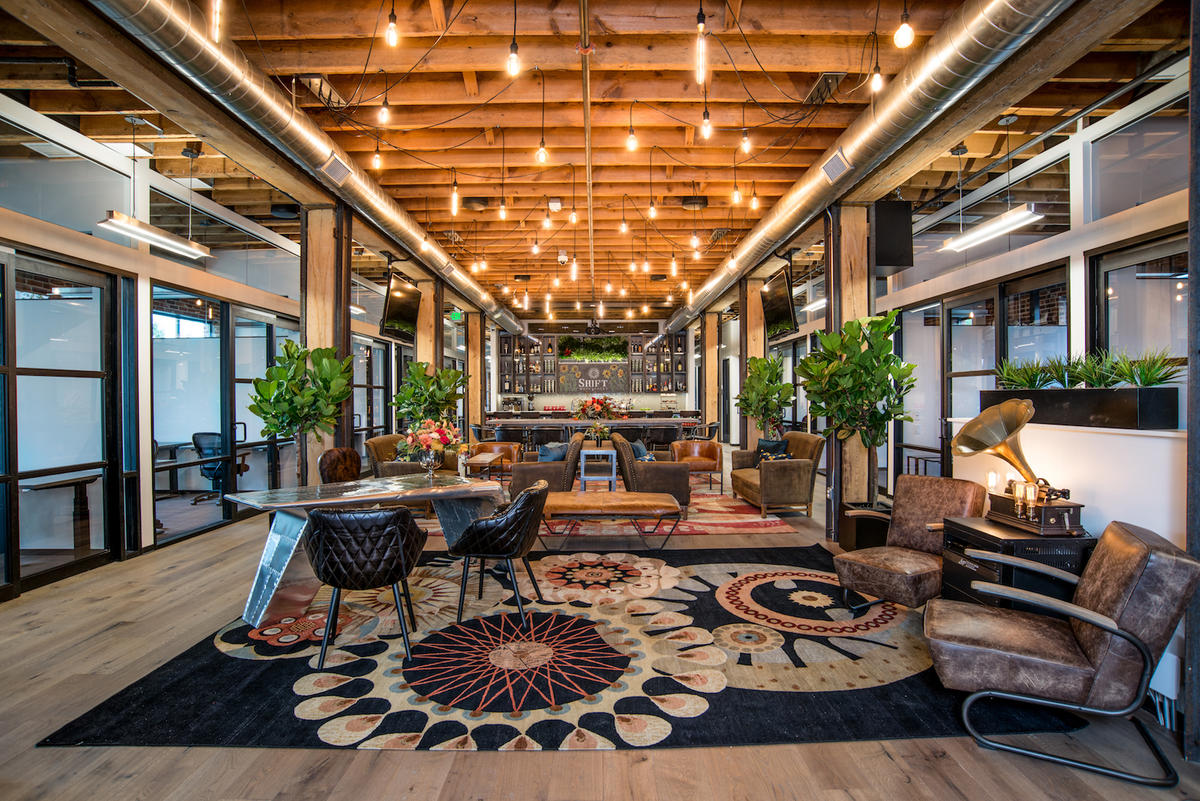 A clever use of accessories ties the up-to-date work environment with the building’s past: A welcoming bar front is fashioned from electrical components left by the former owner. A Thomas Edison phonograph has been transformed into a lamp and anchors a cozy conversation space in the lobby. “When we bought the building, we inherited all the equipment they left behind,” Barnhill says. “We sent 55 truckloads of stuff away and kept one truckload to be repurposed.” 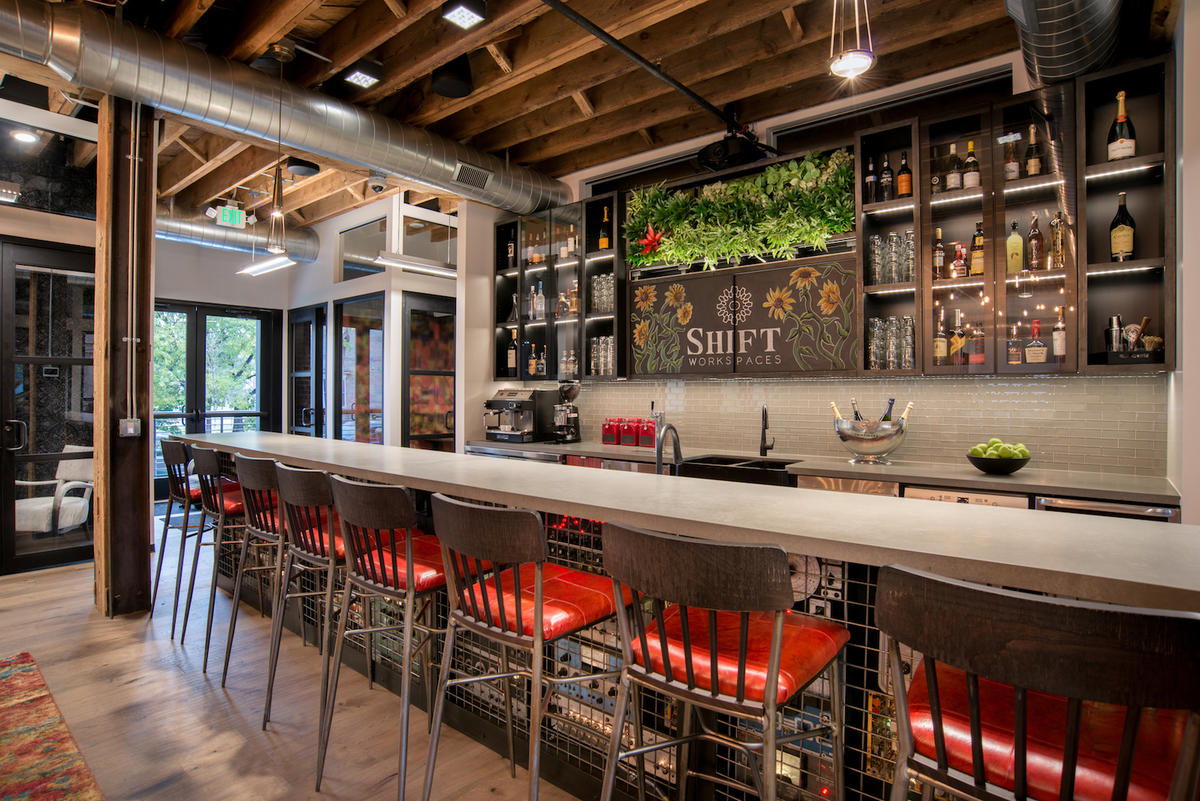 Along with its fresh take on office design, Shift Workspaces offers an array of amenities and services to its tenants. Clients can rent a single office or a suite of spaces; seven conference rooms are available to reserve; and the building’s Wi-Fi works just fine on the massive—and luxuriously outfitted (think: Janus et Cie and Neoteric Luxury furnishings and Perennials fabric)—deck. Coffee and espresso are complimentary, as are alcoholic beverages at the bar. For the more health-minded, a cardio fitness center is on-site as well as a massage center.

“We see people work in four or five different locations a day,” Barnhill says. “They might take a phone call in our phone booth and then go shut the door to their office and work on a spreadsheet. Afterwards, they’ll come have a coffee and collaborate in our lobby and finish the day returning emails from the deck.” 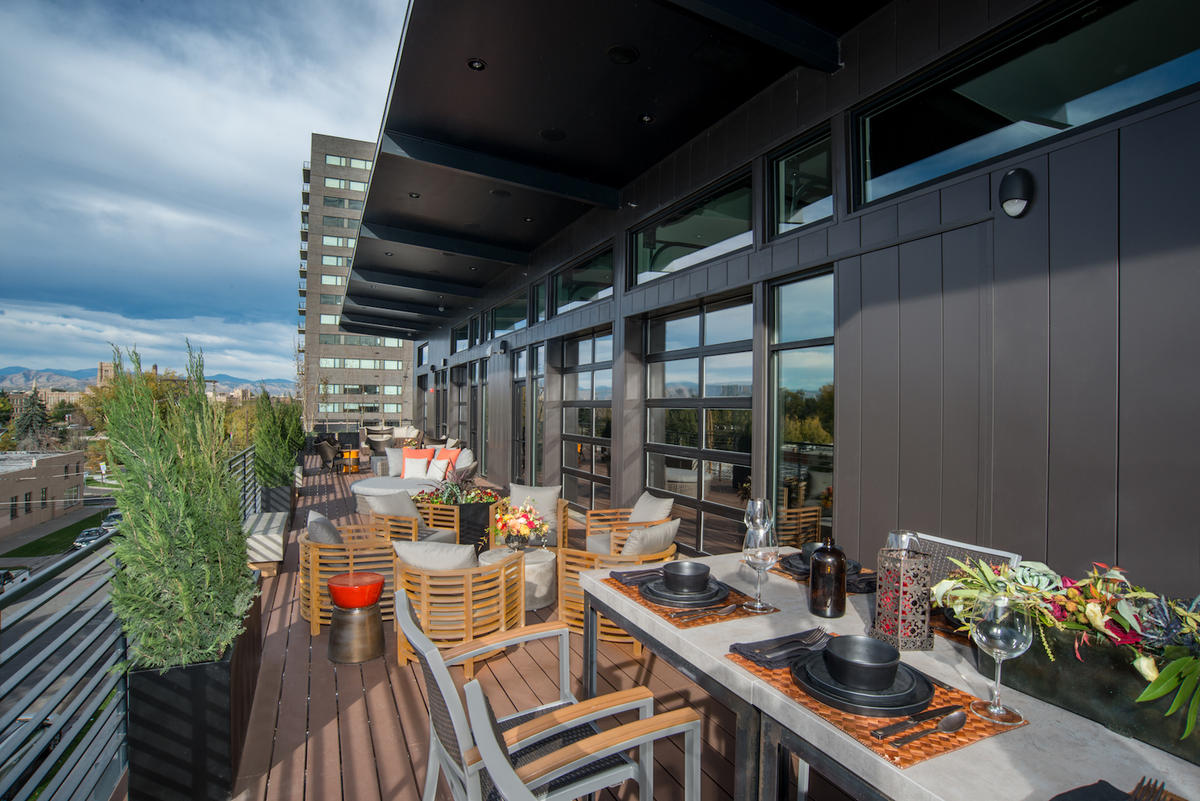 This concept of shared workspace appeals to a variety of tenants, but especially those in professional services, such as architects, PR firms, and tech startups, Barnhill says. Shift Bannock is already 50 percent leased, but despite the positive response, Barnhill isn’t ready to produce clones for the market. In fact, he’s adamant that each building maintains its own sense of individuality.

“We’re not trying to be Starbucks,” Barnhill says. “A lot of people in our industry like to bang out the same project every few months. That’s not what we’re doing. We want to create a unique space that makes you actually want to come to work.”