To the oldest and most faithful fans of University of Colorado football, Saturday night’s postgame graphic on the Folsom Field scoreboard must have looked like an illusion: Colorado Buffaloes, Pac-12 South Champions. Then again, most of the 52,000 who witnessed CU’s division-clinching win over Utah weren’t even looking at the scoreboard by the end. They were busy streaming onto the field to celebrate CU’s first-ever berth in the Pac-12 Championship Game, which pits the Buffs against No. 4 Washington on Friday night in Santa Clara, California. 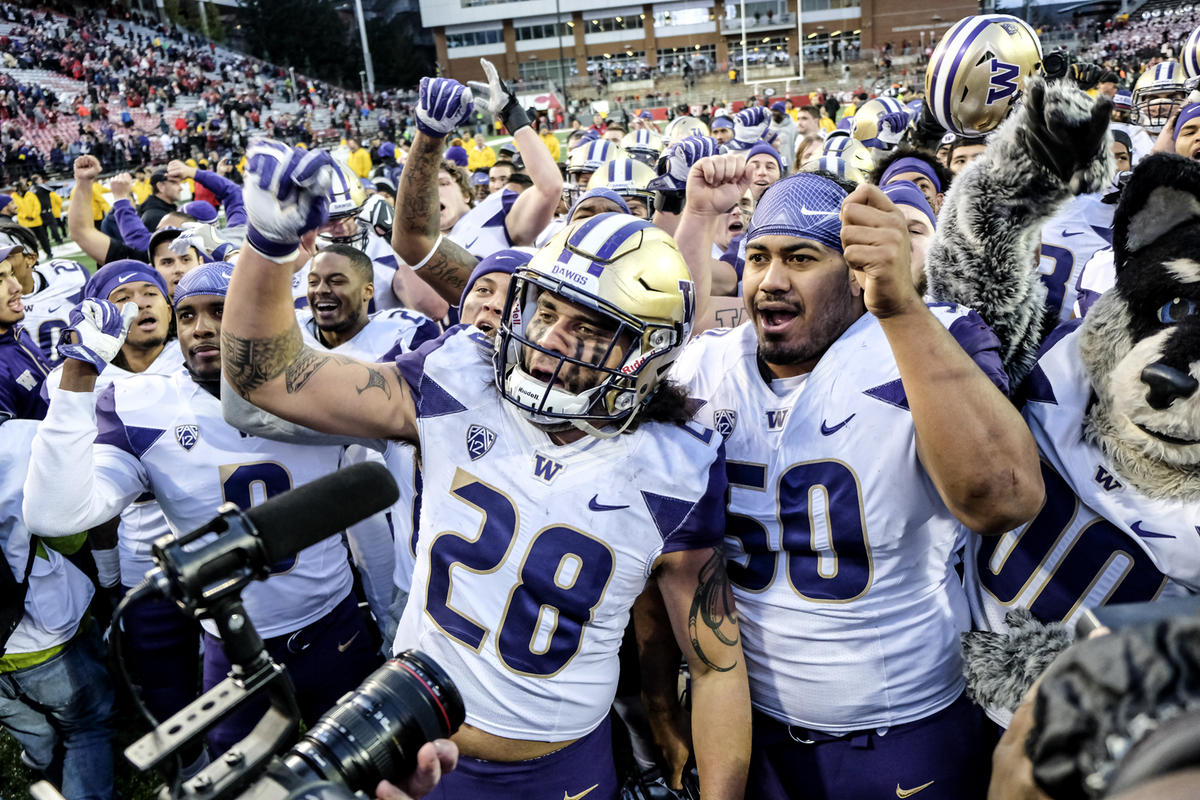 The Buffs face the formidable Washington Huskies, who will most likely earn a spot in the College Football Playoff if they win on Friday. Photo courtesy of University of Washington Athletics

One look at CU’s history in the conference explains why fans are going bananas in Boulder: In each of their five previous Pac-12 seasons, the Buffs failed to win more than two conference games and finished last in the South division every year. This year the Buffs flipped a 1-8 conference record in 2015 to an 8-1 mark this year, becoming a national darling with a catchy slogan: #TheRiseIsReal. But the Pac-12 Championship Game against Washington offers perhaps CU’s biggest test of the season and will determine whether a New Years Day date at the Rose Bowl is in store. (Despite their lofty ranking, and even if they beat Washington, there’s no realistic way for the Buffs to land in the College Football Playoff that pits the nation’s top four teams in a two-week race for the national title.)

Friday’s tilt against the Huskies is the Buffs’ first appearance in a conference championship game since 2005. That year, CU was still a Big 12 North heavyweight, but they suffered one of the most embarrassing losses in the program’s history—a 70-3 drubbing by eventual national champion University of Texas that came on the heels of CU’s conference championship losses to University of Oklahoma in 2002 (29-7) and 2004 (42-3). If you’re keeping track at home, that means the Buffs have lost their past three conference championship games by a combined score of 141-13. Thankfully, now that they’re in a new conference the slate is clean—and this year’s group is better than any of CU’s teams in the 2000s. 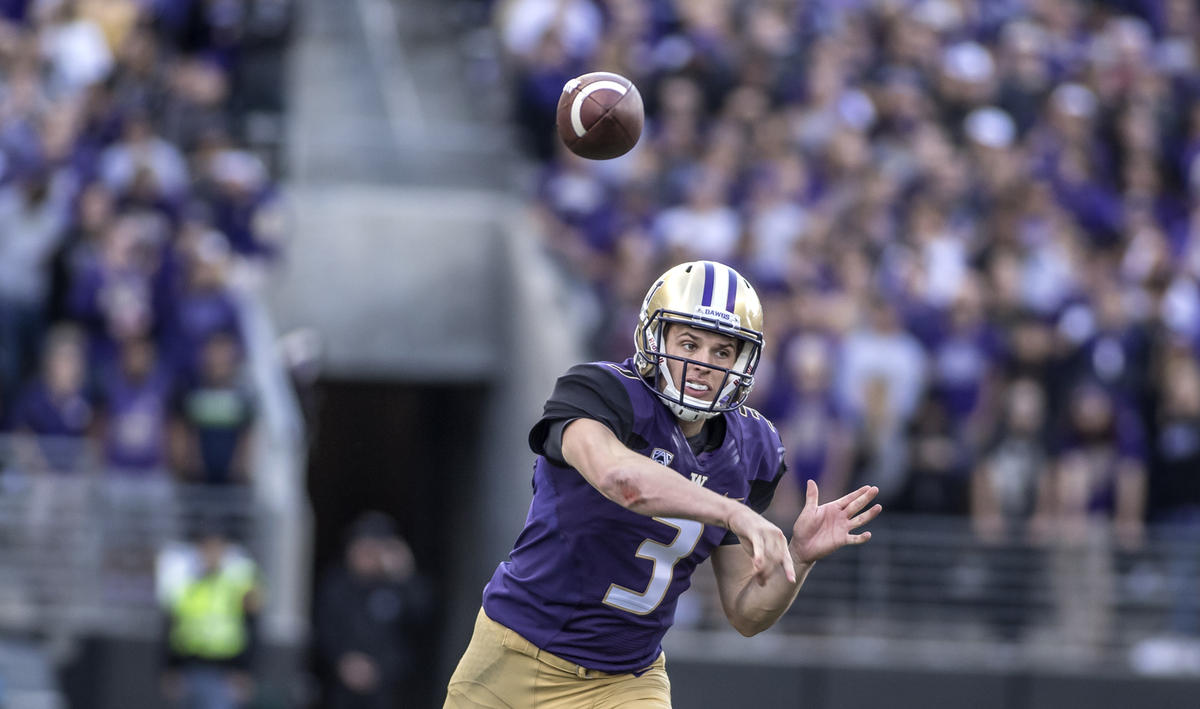 The Huskies’ offense ranks third in the nation in points scored, and much of that production has come from elite quarterback Jake Browning’s efficient passing attack. Washington likes to air it out, which could play to one of CU’s strengths: its veteran-led secondary. The Buffs snagged 1.3 interceptions per game this season and could find a way to win if they can lock down opposing receivers like they’ve done all year.

It seems like a feat of sorcery that CU didn’t commit a single penalty in last week’s win over Utah. (The last time they went unflagged in a game: 2006.) That’s a far cry from three weeks ago, when the Buffs handed UCLA 128 yards on 12 penalties, including eight personal fouls. Those penalties could have cost CU the game against the Bruins, and even in a comfortable win over Washington State two weeks later, the Buffs drew nine more flags. Anything close to that total could prove devastating against the Huskies, who hold the nation’s second most efficient offense and would likely capitalize on any mistakes. 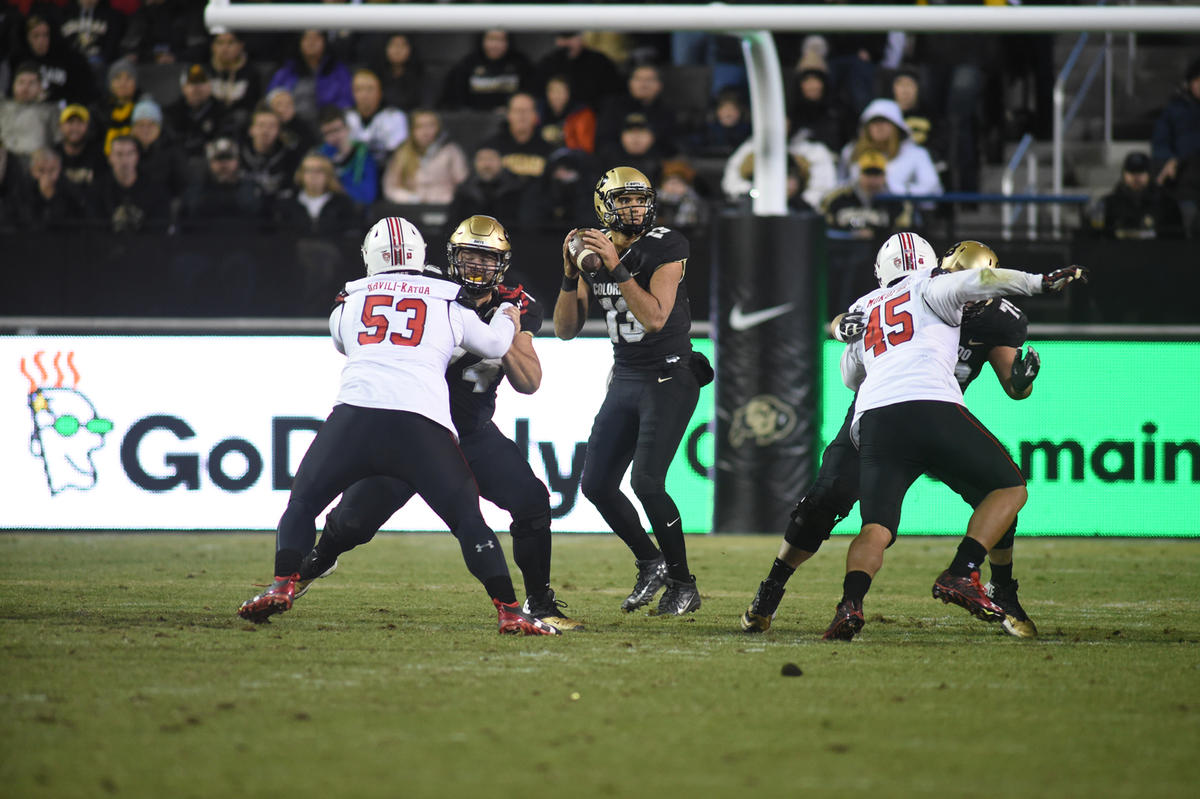 CU quarterback Sefo Liufau is on a roll, passing for 615 yards in his past two games. Photo courtesy of University of Colorado Athletics

After struggling through an ankle injury earlier this season, Buffs quarterback Sefo Liufau is peaking at the right time. In each of the past three games, Liufau has passed for at least 200 yards and rushed for at least 50, and he’s thrown only one interception in that span. He’ll need to be sharp to keep the Buffs’ receiving corps—especially leading receiver Shay Fields—active and engaged. CU fans can take comfort that if Liufau re-injures the ankle or otherwise gets knocked out, freshman Steven Montez has already proved to be a solid backup while leading the Buffs to early-season victories over Oregon and Oregon State. 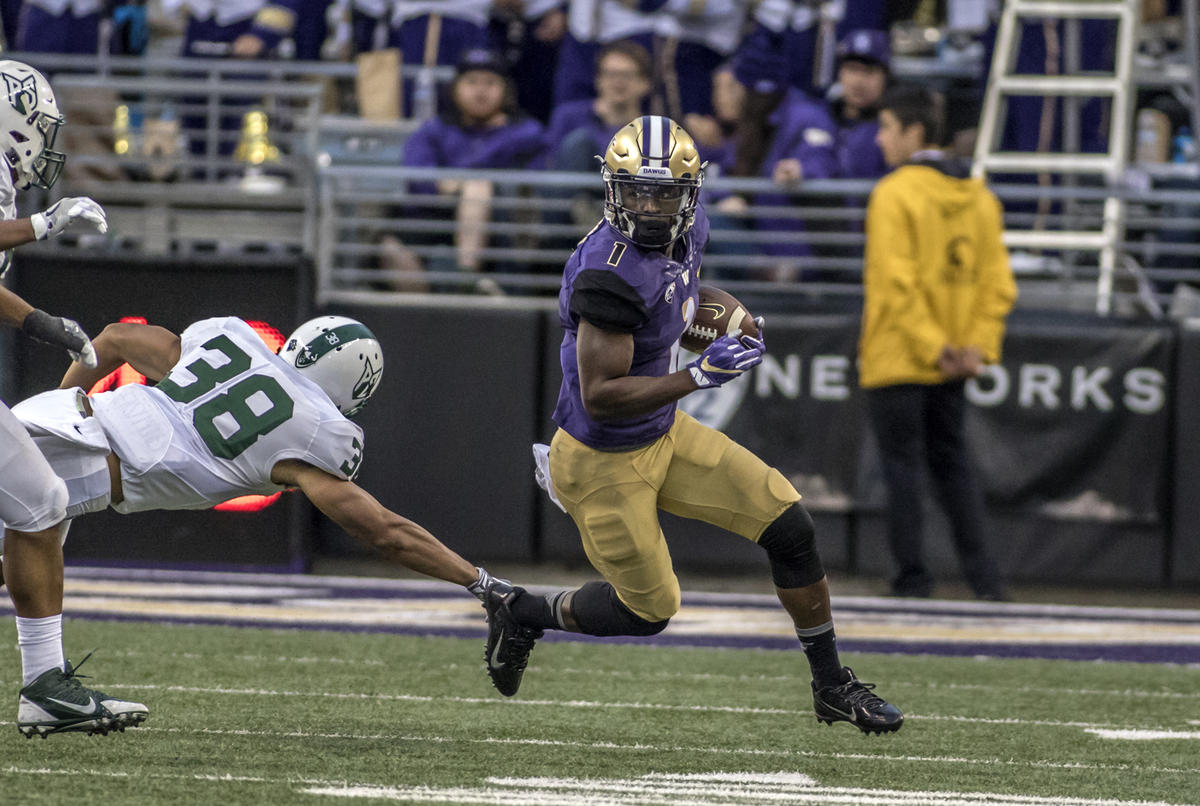 Much of Washington’s offense goes through wideout John Ross. The junior leads the Huskies’ receivers with 1,071 yards and 16 touchdowns. Photo courtesy of University of Washington Athletics

The Names You Need to Know

Colorado: With wide receiver Bryce Bobo injured, Fields and running back Phillip Lindsay carry perhaps too much responsibillity in the Buffs’ offense. But it hasn’t burned them too badly yet; the pair has combined for nine touchdowns over the past four games. If both players produce and wide receiver Devin Ross gets at least six or seven catches, the points should follow.

Washington: Besides Browning, a Heisman Trophy candidate, Washington relies heavily on four offensive stars. Receivers John Ross and Dante Pettis, who have combined for an astounding 30 touchdowns this year, are Browning’s primary targets. Problem is, the Buffs will get burned if they focus too much on Ross and Pettis and can’t stop the run. Tailbacks Myles Gaskin and Lavon Coleman totaled 1,915 yards this season and provide a perfect complement to the Huskies’ air attack. If CU can’t keep any of these four studs in check, Washington could run up the score.

In October, Washington earned one of the coveted four spots in the College Football Playoff rankings—and immediately suffered its first and only loss of the season (to University of Southern California). That’s a mistake they won’t easily make again. Michigan’s loss to Ohio State last week opened the door for Washington to sneak back into the top four, and the main thing between the Huskies and a playoff berth is the Buffs. The benefits of making the playoff, apart from the financial spoils and recruiting boost, ensure that the Huskies will treat this game with extra motivation. 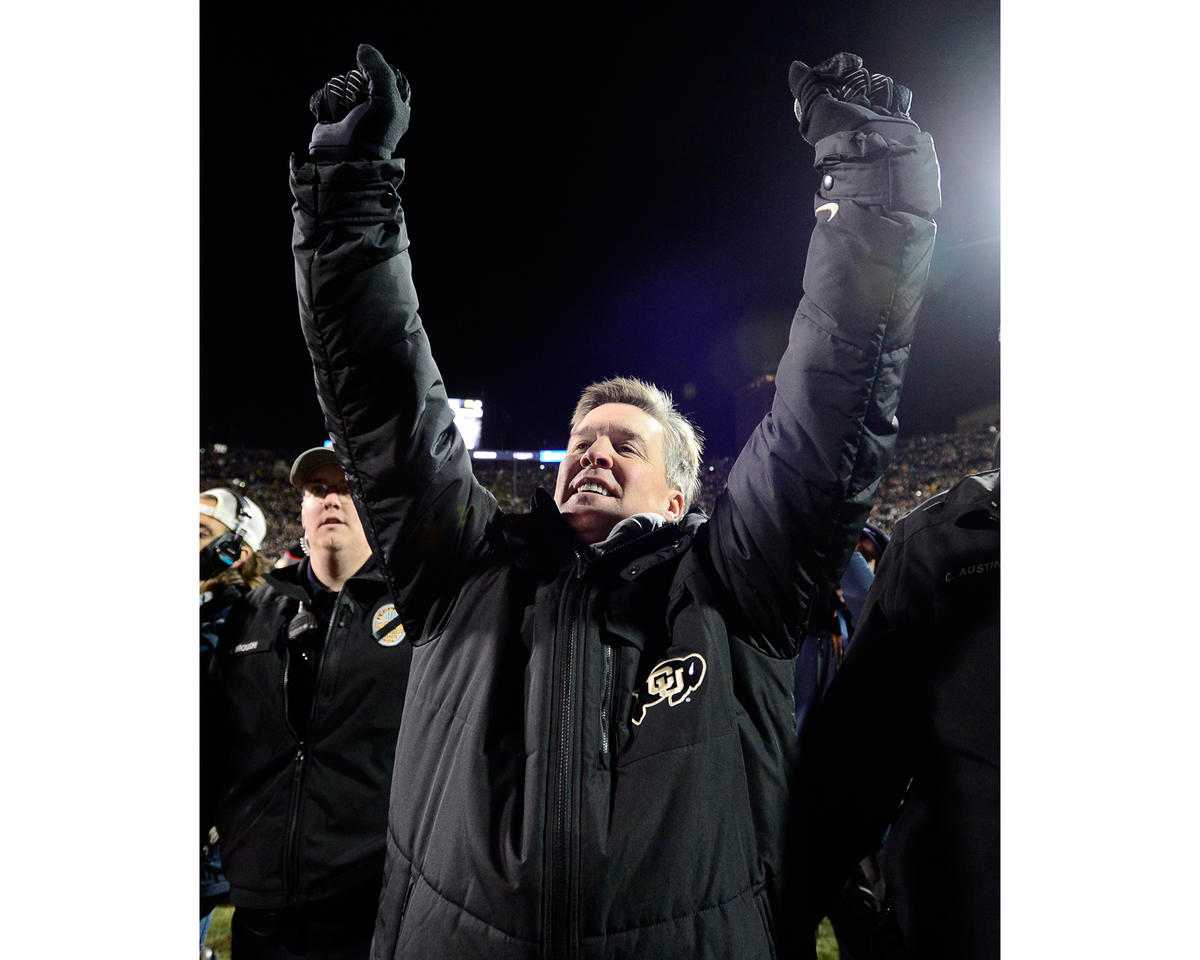 This Is The Year

If ever there were a time for CU to pull off an improbable upset, this would be it. The Buffs have capitalized on the most experienced roster they’ve ever had, and head coach Mike MacIntyre has relied on his veterans to create a culture of confidence in his program. Liufau and three key defensive backs will be gone after this year, and from the way they’ve played recently, the Buffs are downright dangerous. If nothing else, expect a hard-fought game that’s decided late.