Arapahoe Basin may have won the friendly #RacetoOpen competition by being the first Colorado ski resort to open this season (it welcomed carvers on Friday, October 21). But your skiing options are about to expand: Check out when the rest of the state’s ski areas are set to welcome riders*—and what new features, events, and specials you can expect this winter.

Only 53 miles from Denver, Loveland is known for its affordable slopes. Plus, a season pass now includes three free days to Powder Mountain Resort in Utah (it still offers three days at a number of Colorado resorts, as well). Bonus: Loveland provides separate lifts and slopes for beginners.

This family-friendly resort’s inaugural Kidtopia Mountaintop Spectacular (December 16–18)—an extension of its daily Kidtopia events, which begin on November 25—offers a unique on-mountain experience. The entire crew will enjoy nightly fireworks, a torchlight ski parade, free snow tubing, and a special lighting ceremony of the world’s largest snow fort, among other family-friendly events. Another reason to mark your calendars: Kids 12 and under ski free on Thursday, December 1, as part of the first Colorado Family Ski Month. *Editor’s Note: Keystone announced that the resort will open on November 18.

For the first time, Copper will be offering an all-access pass to both the mountain (including all Woodward Copper terrain parks) and Woodward Copper Barn, an indoor facility for skaters and bikers, complete with foam pits, ramps, and trampolines. You can also dine at Central Village’s new restaurant, On the Rockies, which specializes in Colorado-made craft whiskeys and beers. For adult beginners, Copper offers its Ski and Ride University for $249, which provides three days of lift tickets, lessons, rentals, and parking, as well as two days of lunch and a free (!) season pass at the end of it all. *Editor’s Note: Copper announced that it was changing its open date from November 11 to November 18, due to the “unseasonably warm temperatures.”

Instead of enduring the traffic on I-70, hop on Amtrak’s Winter Park Express from Denver Union Station (running Saturdays and Sundays, January 7 to March 26). The train departs the station at 7 a.m. and arrives at Winter Park by 9 a.m. Just make sure you’re off the hill for the 4:30 departure; you’ll be back in Denver at 6:40 p.m. Single-day lift tickets discounted as much as 37 percent are now available online. *Editor’s Note: Winter Park pushed back its opening from November 16 to November 23.

Vail’s seven extraordinary Back Bowls are one of the best places in the state to spend a powder day. And now that the renamed Sun Up Express Chair 9 has been updated to a high-speed quad, you and your friends can make more laps in less time. *Editor’s Note: Vail Mountain pushed back its opening date to November 25.

This elegant resort will bring back all the goodies its known for this season, including the 13th annual World’s Best Chocolate Chip Cookie Competition on opening day, and hosting some of the fastest male skiers in the world during the Audi Birds of Prey Men’s World Cup (free to spectators), December 1–4. If you’re looking to go above and beyond in the spirit of ski season, check out Warren Miller’s latest ski movie—there are showings Thanksgiving weekend—at the famed Villar Performing Arts Center in Beaver Creek’s gorgeous village.

The Outlaw Mountain Coaster, near the Christie Peak Express lift, is currently in progress. While you wait for North America’s longest alpine coaster to open, enjoy Steamboat’s legendary powder with quick rides on the new Elkhead chairlift at Priest Creek, a high-speed quad that cuts your ride time in half.

Thanks to the opening of the 490-seat Pioneer Crossing restaurant, the top of Peak 7 is the new place to be in Breck—or perhaps it’s the Breckenridge Distillery’s new restaurant and expanded space. Plus, after a $2.5 million renovation, the Breckenridge Theater now offers a larger bar area, more seating, an art gallery/lobby area and more behind-the-stage space to foster bigger shows. Also, in its third year, Women’s Ski Week hits the resort from February 11–19, featuring perks such as women’s-only instruction, wine events, yoga, avalanche safety courses—and the chance to get on the slopes an hour before the general public. *Editor’s Note: Breckenridge announced that it will welcome skiers and snowboarders on November 19, after delaying the season opener due to unseasonably warm temperatures.

Known as a great place for novices to learn to ski, Eldora will actually be adding three new black diamond trails to the mountain this season; Red Tail, Alpenhorn, and Wolf Tongue. They will also be adding the Woodward freestyle lessons programs for kids, where unvconventional learning and freedom of expression takes place. This ski resort skips I-70 and is just 40 minutes from Boulder. 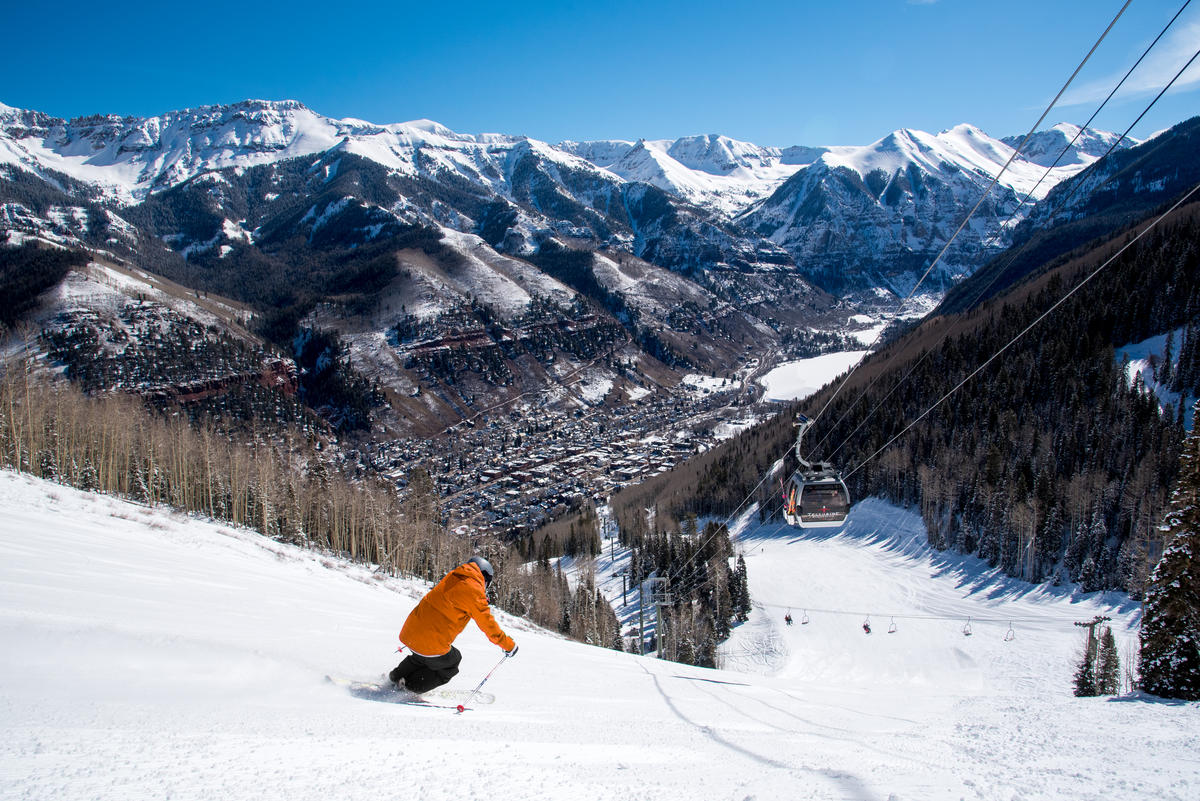 Worth the Extra Drive:

Beloved 30-year-old, mid-mountain restaurant Gwyn is undergoing a $5.9 million renovation and expansion that will be revealed in December. Expect a new bar, coffee station and increased seating, as well as a market that will replace the old cafeteria, easing the flow of foot traffic. Aspen will also host the 2017 Audi FIS Ski World Cup Finals March 15–19—the first time the sporting event is being held in the United States in two decades.

Colorado’s largest snowcat skiing operation, formerly known as San Juan Untracked, is now Purgatory Snowcat Adventures. Book an adventure and you’ll experience backcountry skiing and untracked snow far beyond the reaches of the lift-served resort terrain. Purgatory has also opened a new expert trail on the back side of the mountain and enhanced glade skiing on the front. New high-speed chairlifts and re-graded trails will provide easier access for riders on the mountain.

Set against a backdrop of jagged peaks, Telluride’s gondola turns 20 this year, and the resort is celebrating by adding a bright red cabin to the gondola line—and by offering events and prize giveaways during the month of December. Once your quads have had enough on the slopes, grab a seat at Altezza at the Peaks, a new Italian restaurant in Mountain Village serving Colorado-themed entrées such as striped bass and elk carpaccio.

With fewer crowds, this single-base resort has added free skiing for kids 12 and under (November 24–December 16 and April 1–9), upgraded restrooms at the Paradise Express Lift, the Umbrella Bar at Ten Peaks (along with the new Coal Breaker Coffee cafe at the Treasury Center), and the women’s Tips on Tuesday ski clinic for moms. The day before it officially opens, CBMR will host its inaugural Donation Day: Powder hounds seven and older can pay $15 to ride, with all proceeds benefitting the Crested Butte Snowsports Foundation.

Tucked alongside the northern edge of the world’s largest flattop mountain (Grand Mesa), Powderhorn and its famous tree skiing celebrates 50 years this season by giving free tickets to kids under six all season long. Don’t miss the resort’s annual Torch Parade with fireworks and live music on New Year’s Eve.

This expert-only mountain offers one chairlift to get you to the top, or choose the heli-skiing option—with a new custom heli-ski basket that will allow the chopper to fly faster and higher, meaning more runs for you. In honor of its 15th anniversary, Silverton is also offering a New Year’s Eve weekend party package, complete with discounted guided skiing for you and a group, as well as markdowns on lodging, food, and access to three parties throughout the weekend.

*Opening and closing dates are subject to change