The 24-year-old, first-generation American was born in Denver and raised in Aurora. She married a childhood friend from their local mosque and became a mom to daughter Laila by the time she was 20. While nursing, Afia started exploring makeup tutorials online—a hobby she deeply enjoyed—but didn’t find many women relatable. So in 2011, she started her own YouTube channel, Babylailalov, to share skincare and makeup tutorials.

Afia’s YouTube presence exploded in popularity, racking up more than 218,000 subscribers and 13 million video views, and earlier this year, her videos (and her striking beauty) caught the attention of CoverGirl, one of the largest cosmetics companies in the U.S. The brand invited Afia to join a group of ambassadors for their new So Lashy! Blastpro mascara, making her the first CoverGirl to wear a hijab.

The So Lashy! campaign—which also features singer Katy Perry and actress Sofia Vergara—was created to represent the diversity of those who use CoverGirl products. Now, Afia will appear alongside Perry, Vergara, and the other ambassadors (including the company’s first-ever male representative, 17-year-old makeup artist James Charles) in national commercials and on a billboard in New York’s Times Square.

We sat down with Afia to talk about her love of makeup, her CoverGirl experience, and what it’s like to be a Muslim woman in the spotlight.

How would you describe your makeup “style”?

I love, love, love super dramatic, Arab-inspired makeup. You know glitter, shimmer, Mac—I love all of that. And I also love very minimal [makeup]. I like the two extremes. 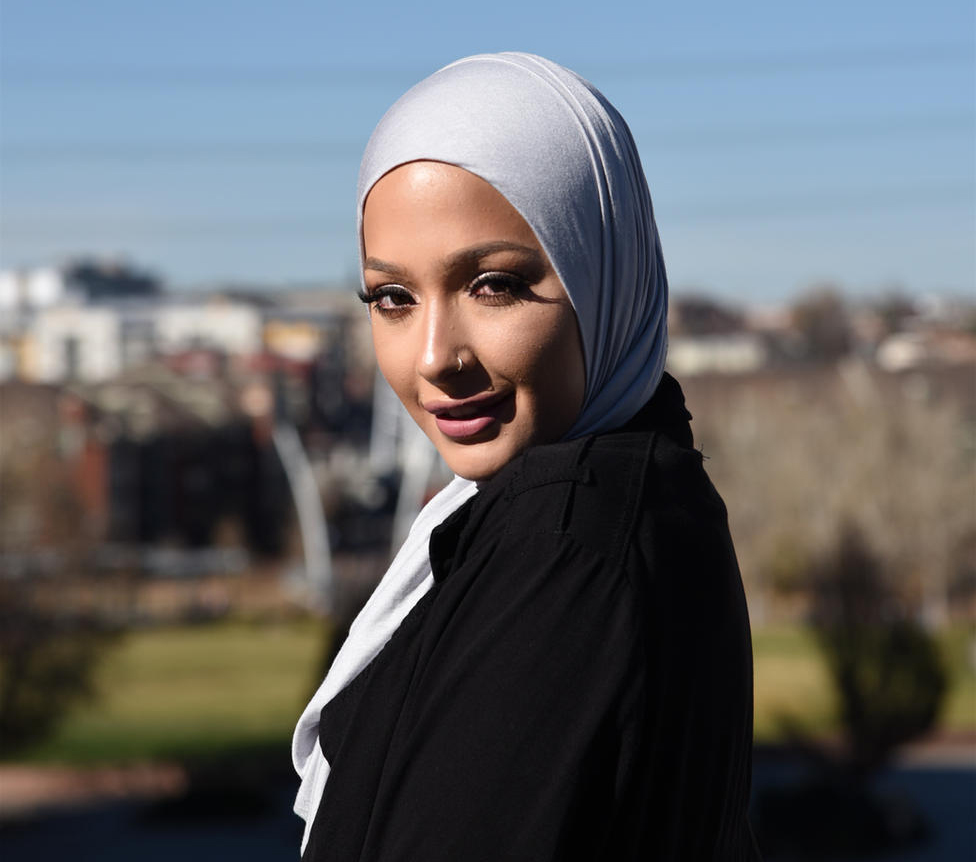 What are your top three tips for makeup novices?

First, find a good tinted moisturizer that’s going even out your skin tone. My favorite is by Laura Mercier, the oil-free one. It wears like a foundation but its not super emollient, whereas most tinted moisturizers will rub off or get absorbed into the skin throughout the day.

Second, find a good mascara. Mascara will change your whole look. On a daily basis, I’m [at least] wearing tinted moisturizer and mascara. I like to layer [two mascaras], too. A good tip for mascaras that clump—use a curved brush with clear mascara to take the clumps out without adding more.

Third, get a good lip balm. Hempz is my favorite.

At first, I was like, hmm, this isn’t real [laughs]. I didn’t realize how big it was going be. I didn’t realize it was history-making. It’s very out of this world. It’s amazing. I never thought I would be something that great, I guess; I grew up feeling very insecure. 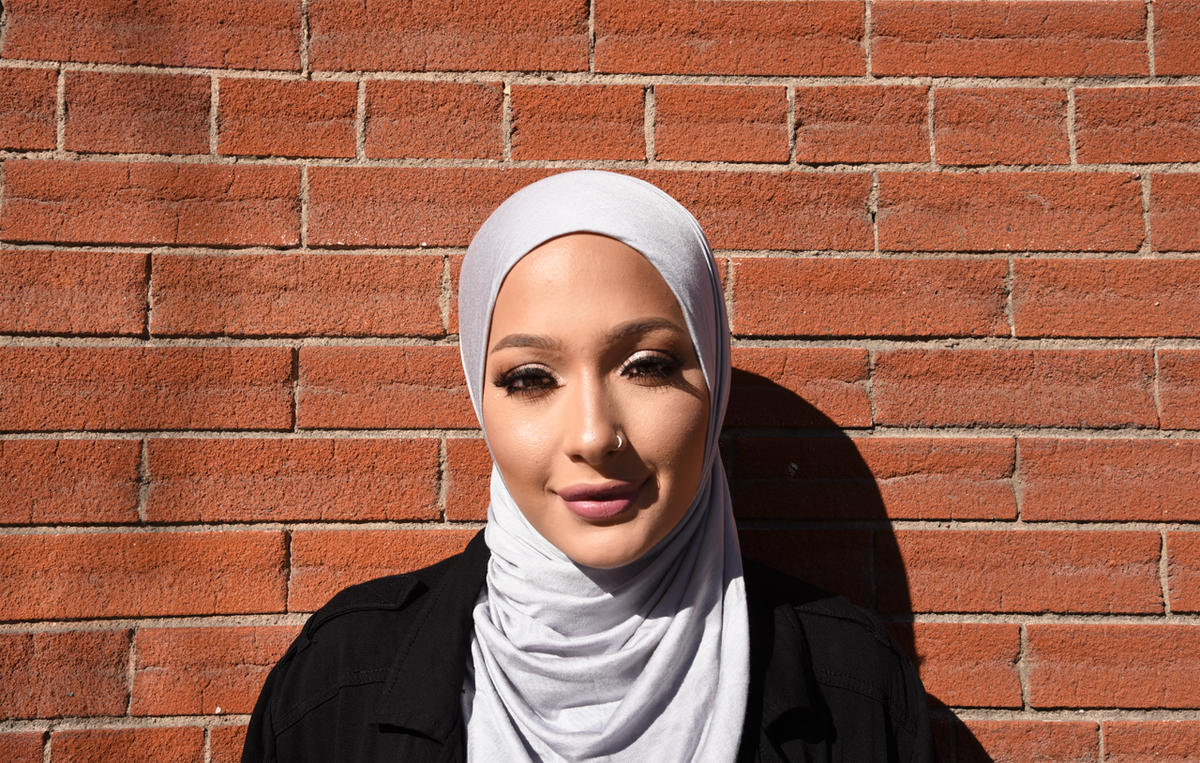 What is it like being labeled the first Muslim CoverGirl to wear a hijab?

It’s empowering, but we want to make it a “norm,” so eventually I’d like to stray away from that title.

It’s definitely an interesting time to be a Muslim woman in the spotlight.

The campaign will help with more exposure. I think we [Muslims] are going be represented more on larger scales, and I think it will start becoming the norm. I feel like [there are] people who are scared of or have never met a Muslim before. My mother-in-law is from Canon City, and every time I go there, I always get that feeling like, oh, they’ve never met a Muslim before. And surprisingly everybody’s really nice, so that just gives people a chance to see that I’m not somebody scary who’s trying to take over America and force my beliefs. It’s all about acceptance.

What’s next for you?

I was just contacted by another major company that I can’t really talk about, but they’re huge, like CoverGirl scale. Hopefully I’ll be on the Today Show as well, I’m real excited about that. I want to just grow my brand; I want to come out with a modest fashion line that’s geared toward girls that have more of a tomboy-style. I want it all!