Not so long ago, most attorneys were jacks-of-all-trades: One lawyer could write the contracts for your business, handle your estate, and defend you against criminal charges. That’s no longer the case. The law has been split into dozens of categories—ranging from criminal law to bankruptcy to water law to civil rights—each of which demands a specialist’s knowledge. Navigating this complicated legal world can be overwhelming, which is why we’ve put together Denver’s Top Lawyers 2017, our third annual list of the best attorneys in the region.

We invited attorneys in the seven-county metro area to vote for the contemporaries they respect most in 50 legal specialties. Survey responses in hand, we then did weeks of reporting to get an on-the-ground perspective: Who are the best litigators? The finest contract writers? Who’s been quietly building a name for herself? Who’s been coasting on an outdated reputation? Based on those interviews and our survey results, we assembled the following list of the most skilled attorneys around. 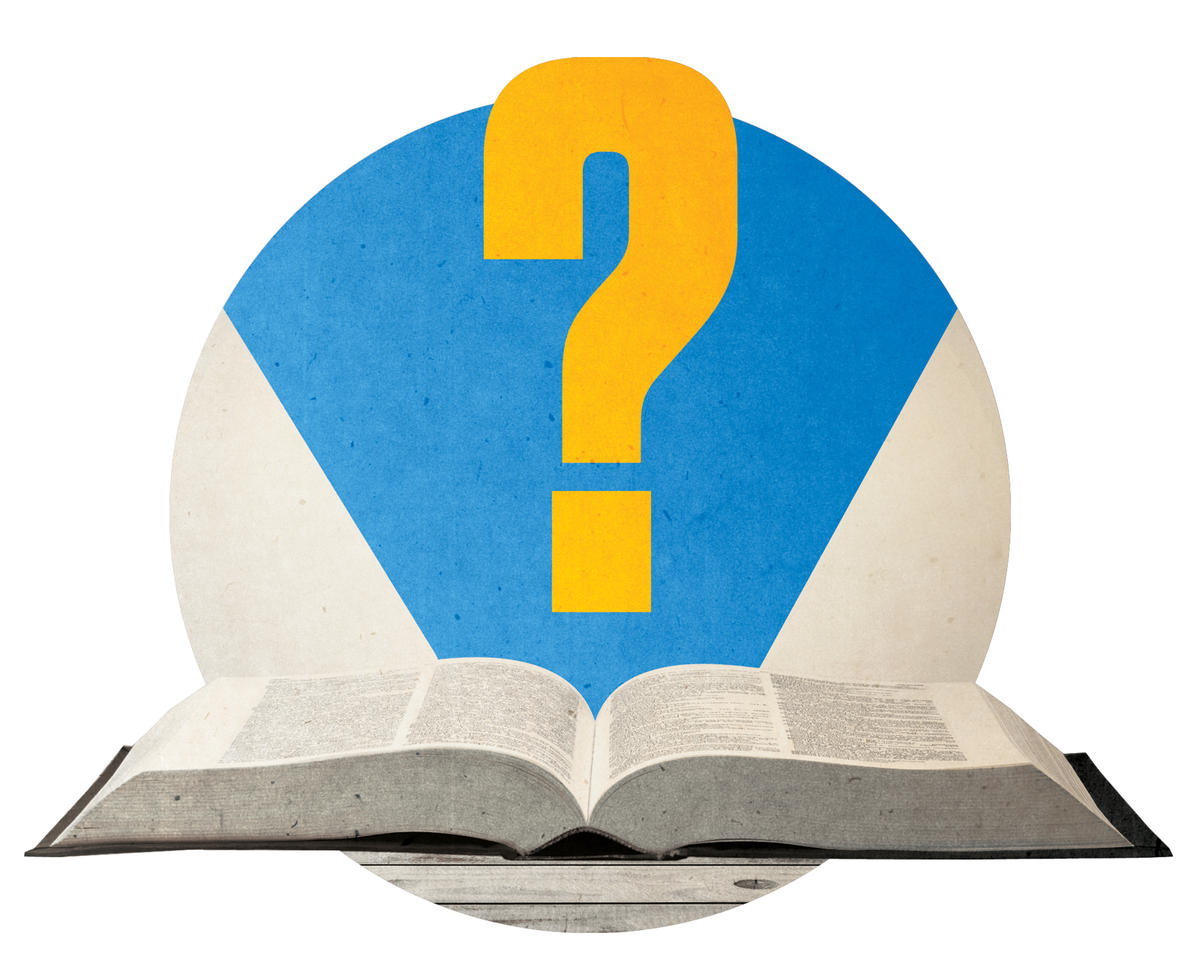 Which attorneys did you survey?
All licensed attorneys in the seven-county metro area were welcome to participate in our survey, which went live on 5280.com in May. We mailed postcards to nearly 16,000 licensed attorneys actively registered with the Colorado Supreme Court’s Office of Attorney Regulation Counsel and reached out to local bar associations to make sure we received a strong response to the peer-review ballot.

How did you ensure that big law firms didn’t stuff the ballot box?
Good question! In order to vote, each attorney had to register with his or her work email address and his or her Colorado attorney registration number. We monitored IP addresses to make sure one person wasn’t voting for everyone in a firm. We checked out any suspicious votes—and tossed them if necessary.

Were the results from the ballot the only data you used to create the list?
No. To supplement the online ballot results, we did what we do best: research. We made many, many phone calls, spent hours mining the internet for standout cases, and generally did our due diligence on each name on the list.

How did you pick the specialties represented on the ballot?
We assembled last year’s list of 49 specialties based on input from the Colorado Bar Association, attorneys, and area law firms. This year, based upon further feedback, we added two categories, Insurance and Real Estate: Landlord/Tenant. We also subsumed the Juvenile category into Juvenile: Defense. That’s a total of 50 specialties.

Did you check out each attorney?
Our research department independently verifies every lawyer’s pertinent information (name, phone number, office address, website, etc.). We take the added step of sending the list to the Colorado Supreme Court’s Office of Attorney Regulation Counsel to check for disciplinary and licensing issues—meaning attorneys on the list are currently in good standing with the state. 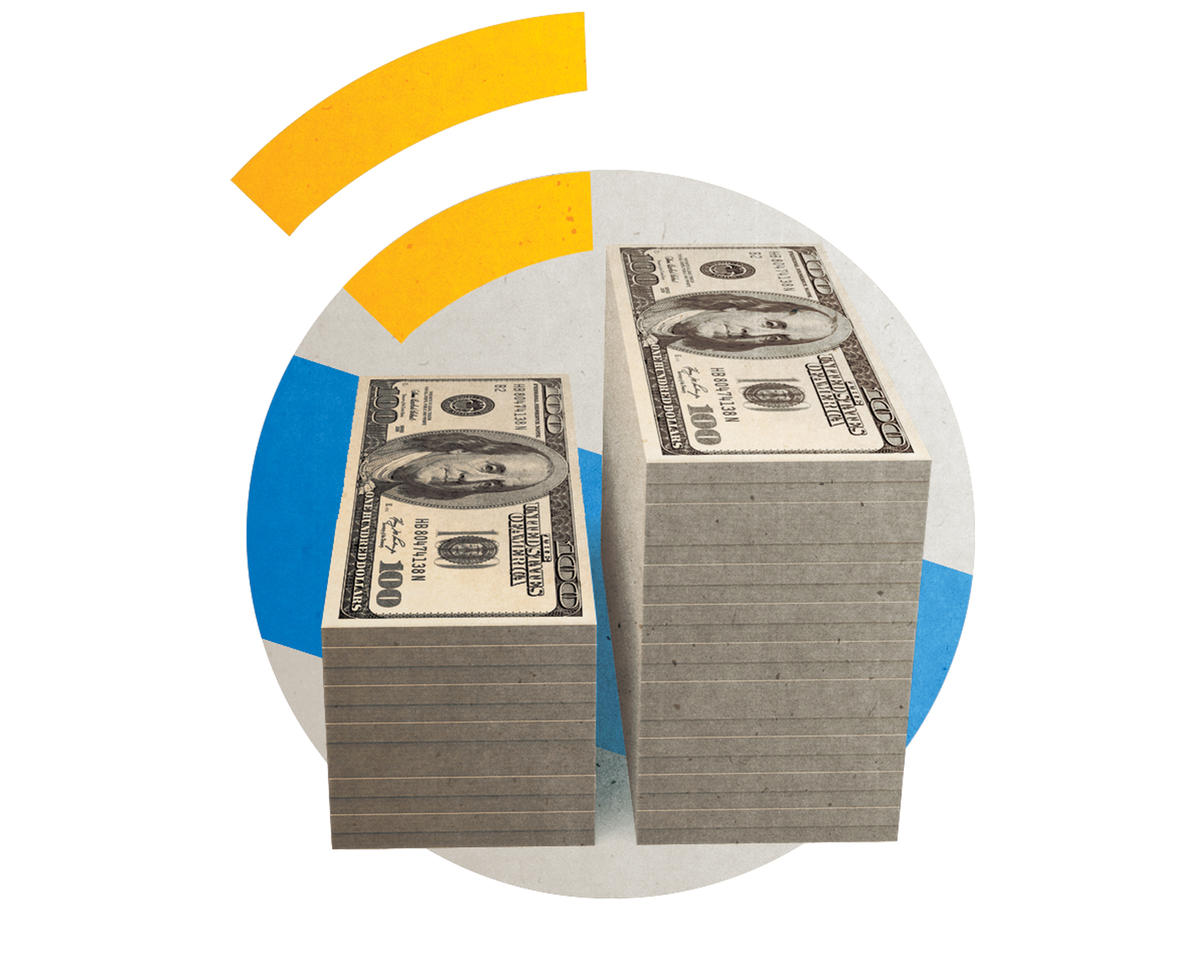 Although many of us will spend significant portions of our lives in the workforce, most of us don’t know anything about the laws that govern employment. As a result, you could be one of the many Coloradans suffering from unlawful practices at your place of work. 5280 spoke with Bill Berger, a management-side labor and employment lawyer, about the most common fallacies he hears regarding labor laws. —Paul Albani-Burgio

The misconception: Employers can legally bar their employees from discussing wages with their co-workers.

The reality: For decades, state and federal employment laws have prohibited employers from requiring employees (who don’t handle payroll or work in supervisory positions) to sign documents that prohibit them from discussing wage information. Thus, employees are free to compare their salaries with those of co-workers. These laws also generally forbid employers from retaliating—through increased scrutiny, verbal abuse, or firing—against employees who share such financial information.

The misconception: If an employee in Colorado can prove the reason he was fired was false, that person is legally entitled to his former job.

The reality: Under Colorado’s “at-will” employment laws, it is legal to terminate employment for any reason (with the exception of reasons pertaining to a person’s status in a protected class, such as race or age) or for no reason at all. Thus, a worker has no claim to a previous job, even if her former co-workers later admit they were lying about watching the employee steal $10 from the boss’ desk. It is also legal for an employer to lie to an employee about the reason for termination. 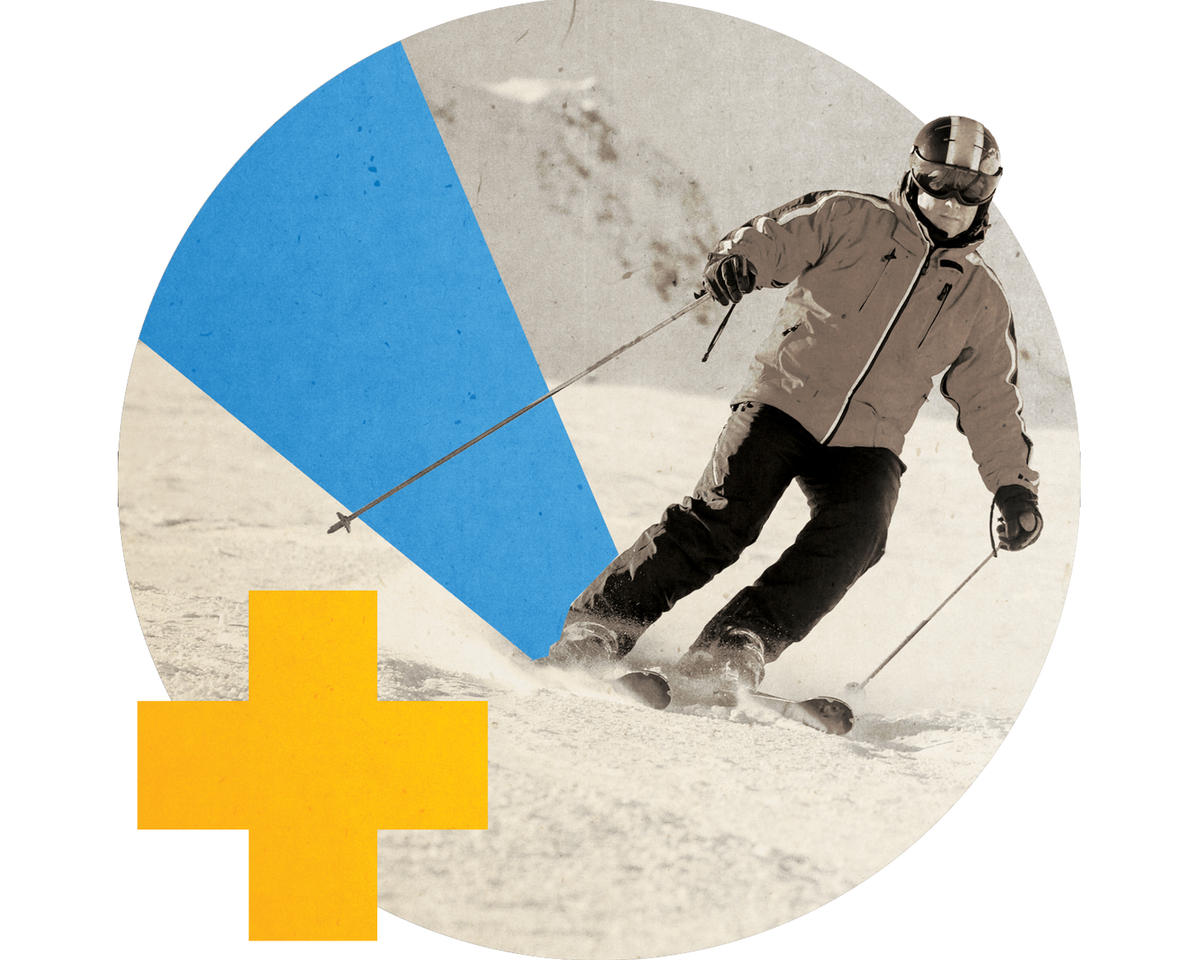 Colorado has long set the precedent for our nation’s ski laws, but even the most devoted powderhounds often remain ignorant of the laws that determine who bears responsibility in the case of injury or death on the mountain. Denver lawyer Chris Koupal, who often represents victims of skiing accidents, explains the rules of the slopes. —PAB

The Fine Print: For years, ski areas have printed release-of-liability language on lift tickets and season passes purchased on-mountain. However, state courts have rejected the notion that such language inherently shields ski resorts from claims. In contrast, the purchase of lift tickets online often involves clicking a box acknowledging a more thorough release, which generally is enforceable against claims. (That is, unless a claim arises from the ski area’s failure to live up to certain duties of care outlined in legislation like the Colorado Ski Safety Act.) Furthermore, the purchase of a season pass also involves agreement to an extensive waiver and release that usually can be used to bar the making of a claim.

Crash Course: Collisions between skiers are a leading cause of ski injuries, but Colorado legislation has found that such crashes are not an assumed risk of skiing. The uphill, or overtaking, skier is legally responsible for collisions—so watch where you’re going. The good news? If you are in a collision, claims are sometimes covered by a skier’s homeowner’s insurance.

Avalanche Alert: In-area avalanches have recently emerged as one of the most debated topics in ski law following a 2012 incident at Winter Park Resort’s Mary Jane Mountain in which a 28-year-old man was killed by an in-bounds slide. The Colorado Ski Safety Act does not list these torrents as an assumed risk of the sport. But in a controversial ruling last May, the Colorado Supreme Court came down on the side of Intrawest (the owner of Winter Park), finding that in-area avys should be treated as an inherent risk. 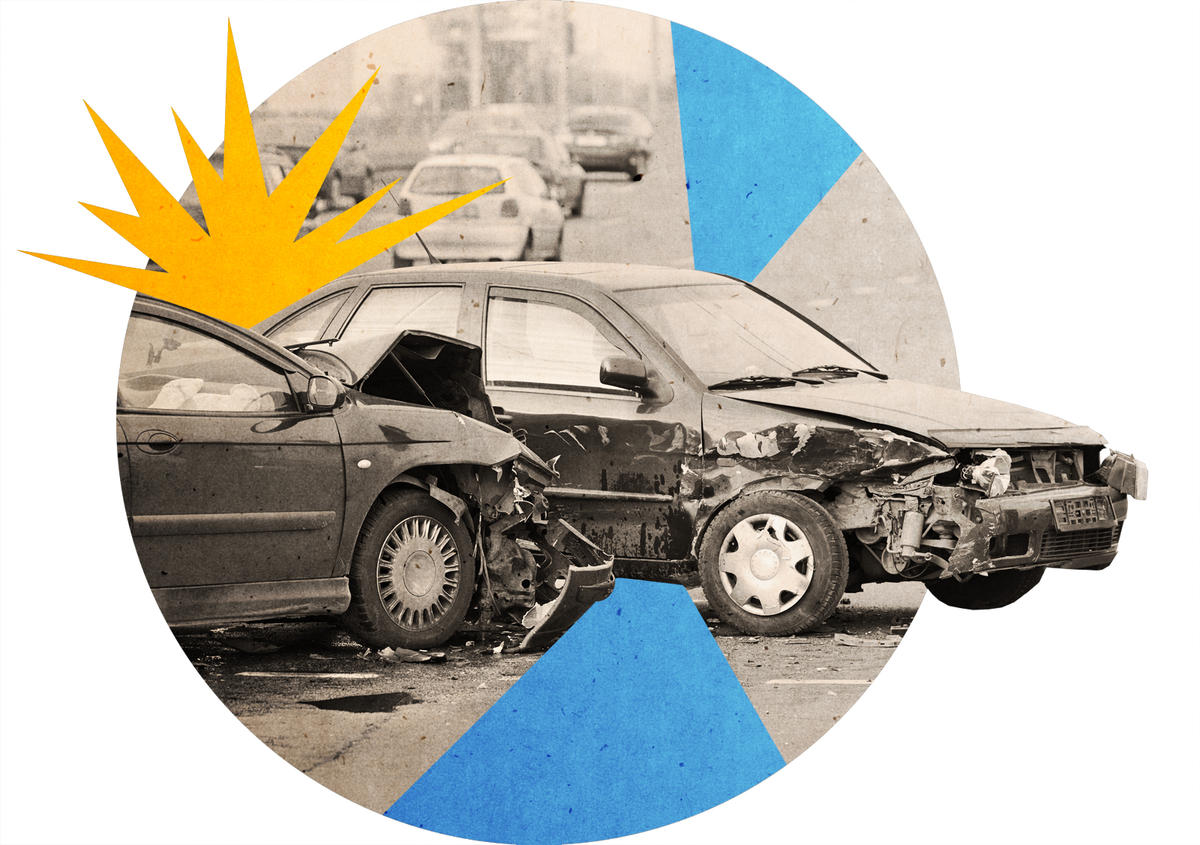 In many traffic-stop situations, a little knowledge can go a long way toward helping you navigate such scenarios. Criminal defense lawyers Abraham Hutt and David Beller, both of whom have handled hundreds of traffic-related cases, detail a few things everyone should know before they get pulled over. —PAB

If you get nabbed for a traffic violation… You are very unlikely to get anywhere by pleading your case to the officer. Instead, it’s wisest to be quiet and polite. The less said, the better. It’s also important to note that you do not have the right to request to see your radar gun reading if you are pulled over for exceeding the posted speed limit.

If you decide to go through a checkpoint… Know that you should be polite but also that you are not required to answer any questions beyond acknowledging the officer’s presence and cannot be compelled to provide your license and registration without the establishment of probable cause. Probable cause can be established if an officer observes signs of impairment. In that situation, the officer may ask you to submit to either a breath or blood test. You have the right to refuse, but doing so will lead to an automatic one-year revocation of your license and the presumption of intoxication in court.

If you receive a photo radar ticket… You should know the penalties attached to these citations are civil rather than criminal. So should you pay the fine? Philosophies differ among lawyers, but if you decide to pay up, you can’t receive points against your license or any further consequences. If you decide not to pay, the city can send your ticket to collections and/or assign a sheriff to serve the ticket, which can lead to points against your license. For what it’s worth, you can dispute the ticket if you can prove someone else was driving your vehicle.