Creating a killer party look usually means focusing on the eyes, and false lashes are often the weapon of choice. But not all faux fringes are created equal: most are either made from a synthetic material (usually a heavy plastic industrial compound), sanitized human hair (which looks natural but can be coarse or thick), or real mink fur (soft and lightweight, but can be inhumanely procured). None are exactly our first choice to put on our peepers.

Swed, a former vice president of sales for a pharmaceutical company, dreamed up Battington when she realized just how much damage extensions did to her own lashes. Between the medical-grade glue and application process (they’re applied directly to your lashes), Swed says her lashes fell out after she stopped getting extensions, and required a full year to grow back. She decided it was time to find a solution that was more wallet-friendly (extensions start around $180 and cost roughly $65 every two weeks for maintenance), less time-consuming, and safer for your eyes.

Battington has only been on the market for a year, but the brand is already an international hit. More than 200 retailers carry the products worldwide, plus the lashes—named after 20th century beauty icons (think Kennedy, Harlow, Hepburn)—have been embraced by industry pros: They’re regularly used in magazine photo shoots and were one of just two lash companies used backstage at New York Fashion Week this past September.

The best part is that Battington lashes are easy to apply and reusable (up to 25 applications). Here, Swed gives us a step-by-step guide for donning the feathery fringes, plus some tips to make them look as natural as possible. 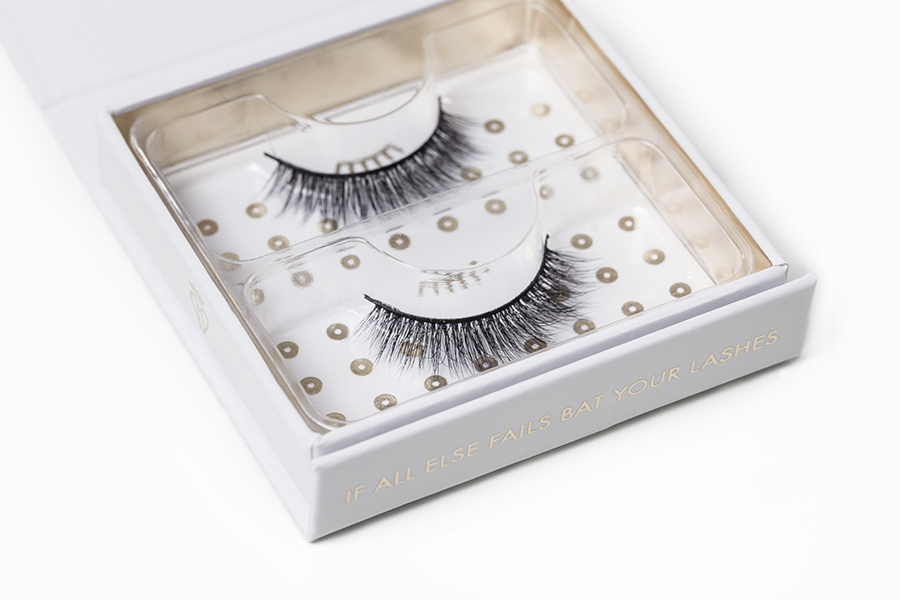 Try it: Find Battington lashes at local retailers or online; $24–$26