When Eric Corrigan and Paul Garcia opened Pon Pon Bar in RiNo a year ago, they drew on a range of inspirations—plus their own talents—for the art gallery-meets-watering hole. “We riffed off of bars we’d been to all over the world,” Corrigan says. “The whole idea hatched around making something reminiscent of 1920s Paris—an artists’ salon, if you will.” Corrigan has a background in visual art and manages the gallery bookings, while musician Garcia curates the DJ lineup and draws on his experience as a bartender at Forest Room 5 to curate the cocktail menu. The resulting venue—pronounced pon pon, “pan pan” is an international maritime distress call—is as eclectic and unexpected as it is fun.

The bar itself is outfitted with a collection of tchotchkes, nautical paintings, and odd trinkets that range from antique radios to white ceramic bunnies. Corrigan turned an old ’60s billboard from a Nebraska used car dealership into an eye-catching backdrop for the liquor cabinet. Garcia’s cocktail menu matches the funky decor, with options such as the Mondegreen (kaffir lime leaf-infused gin, lime, jalapeño, and a touch of simple syrup) and the Pon Pon Pondering (High West silver whiskey, green chartreuse, elderflower liqueur, and lime). 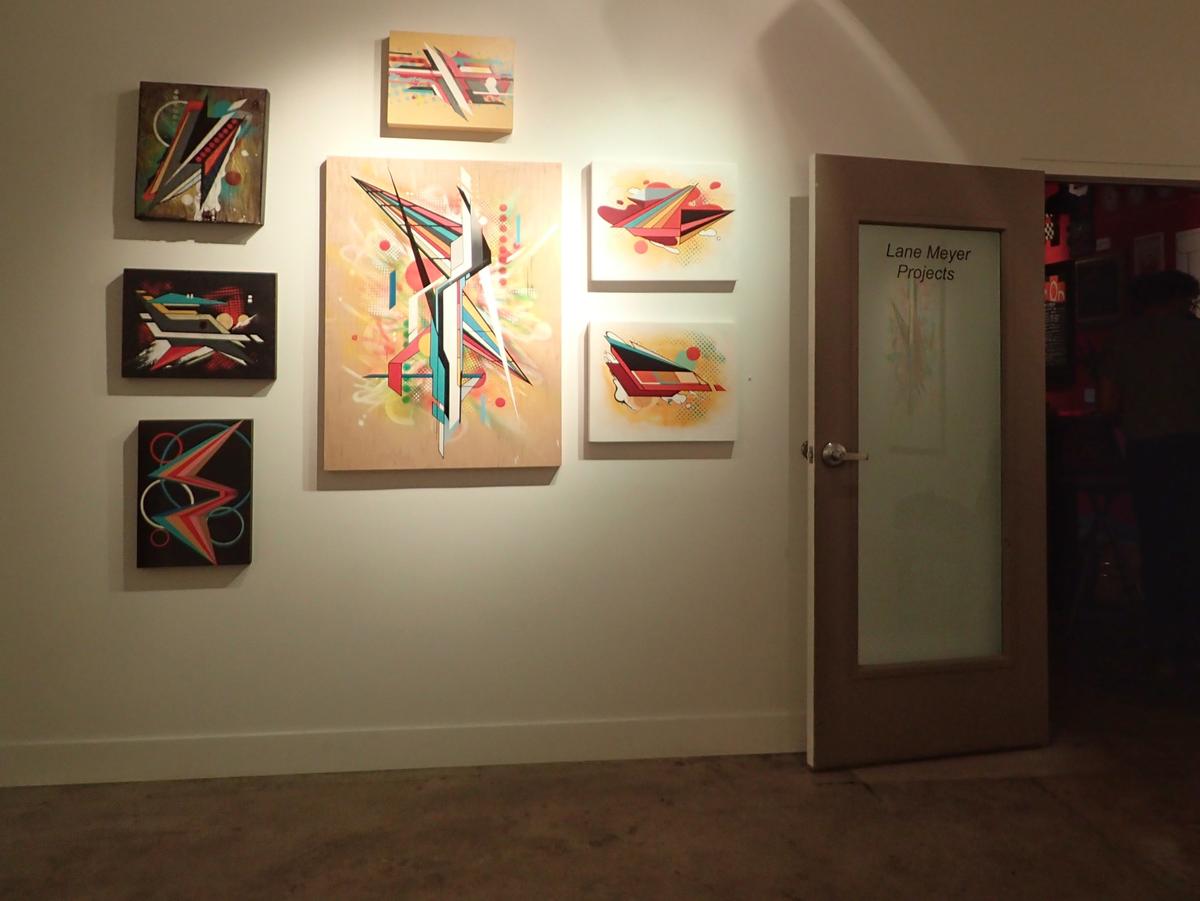 Canvas paintngs from RiNo artist collective Like Minded are currently on display at Pon Pon’s gallery. —Photo by Amy Thomson

The gallery space and lounge are connected so patrons can sip as they browse the rotating exhibits. Pon Pon hosts six gallery bookings a year, and the current display features paintings from RiNo-based artist collective and print shop Like Minded (the brainchild of Colorado street artists Michael Ortiz and Jon Lamb). In addition, the spot features DJs almost every weekend and holds occasional experimental movie nights. And this Sunday, December 18, its celebrating its first anniversary with a party featuring free appetizers, $3 wells, and $1 cans of Genesee Cream Ale. Can’t make it this weekend? If you’re still searching for New Year’s Eve plans, Denver’s Mile High Soul Club will be mixing classic funk, soul, and R&B tunes at Pon Pon all night on December 31.