Weather deities aren’t the only ones who can conjure winter from the skies. At Crested Butte Mountain Resort, Tucker Roberts has been playing snow god for 17 years. Every November and December, the 40-year-old and his crew of 30 engage in an intensive, round-the-clock push to turn the mountain white. They battle midnight blizzards, sleep deprivation, dangerously pressurized pipes, and frostbite to ensure first chair comes with plenty of corduroy.

Photography by Benjamin by Rasmussen. 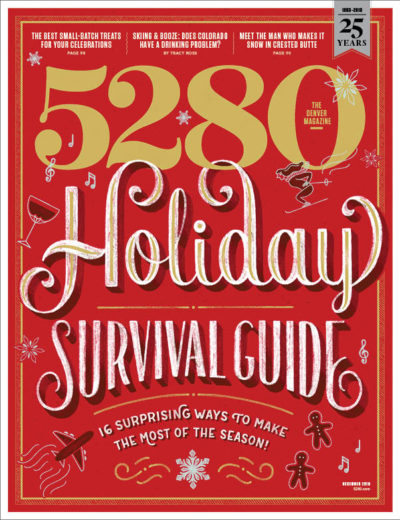 The graveyard shift begins around midnight, when the workers meet at Snowflake Control, their operations center at 10,335 feet, to develop a plan for the next 12 hours. From there, they’ll set out on snowmobiles to inspect, adjust, and move the snow guns in temperatures that regularly dip below 10 degrees. Since Crested Butte Mountain Resort (CBMR) began making snow in the early 1980s, the mountain has become essentially one giant plumbing system: Pipes crisscross underground, and hydrants poke up at the edges of trails. In fact, 3.5 million gallons of water can be on the move during each 24-hour snowmaking cycle. A hand-drawn map details the original system. As part of his shift, snowmaking manager Tucker Roberts visits a small pump house to inject Snomax Snow Inducer into the piping system. The snow inducer is a protein that makes water freeze at a higher temperature, thus speeding up the formation of ice particles.

The Element of Winter

CBMR uses snow guns called HKD Millenniums to spread the white stuff. Roberts has roughly 350 gun placements available to him, but due to various constraints (e.g., the U.S. Forest Service allows CBMR to pull no more than 2,700 gallons per minute from the nearby East River), he typically runs only about 40 guns at a time. Crews have to manually connect the hoses that carry water and compressed air to each gun to create the perfect mix for snowmaking. Sometimes the air hose accumulates ice, which has to be blasted out with water moving at between 80 and 100 pounds per square inch. It’s a dangerous task: Roberts once witnessed a loose hose swing in a wide arc before connecting with his partner’s shins, breaking both legs. As the snow falls, Roberts checks the quality by watching how it hits his jacket: Do the flakes have a slight bounce (good!) or blow off the sleeve (bad!)? If it’s easy to form a nice snowball, it’s proper powder.

The Millennium guns shoot snow about 100 feet; wandering into those discrete snow globes can sometimes be disorienting. Inside Snowflake Control, despite hip-hop booming from the stereo and Red Bull flowing in his veins, Roberts occasionally snags a well-deserved nap. Eighty-hour weeks on the mountain are, for him, unremarkable. Those who work “graves” do so by choice, citing as motivating factors the intensity, the powerful camaraderie, and the opportunity to witness gorgeous Elk Range sunrises. “After 17 years up here,” Roberts says, “the beauty’s not lost.”