As Democratic Governor-elect Jared Polis begins his new administration on Tuesday, he’ll have the weight of his campaign promises on his shoulders. The former U.S. representative ran on a bold, progressive platform that pledged to better the lives of all Coloradans. In the wake of his victory, Polis orchestrated a 60-day transition process for how he plans to lead the Centennial State: With clear policy priorities and a focus on inclusivity.

In step with his historic win as Colorado’s first gay and Jewish governor, Polis’ theme “Colorado for All”—symbolized by a distinctive seal with rainbow-colored mountains—represents his broad focus on diversity and his entrepreneurial belief that good ideas can and should come from anyone, regardless of their political ideals or demographics. 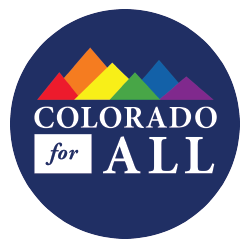 In exclusive interviews with 5280, Polis and his transition team shared an inside look at a uniquely transparent power shift that sought to reject insider politics, embrace diverse thinking, and give more than 5.5 million Coloradans a chance to share their views on how he should lead.

By design, the nearly 100 members of Polis’ seven specialized transition committees include a mix of people from different political parties, geographies, and industries—but no lobbyists, current lawmakers, or Cabinet job-seekers. “There is no distinction between serving Coloradans who happen to be affiliated as a Democrat or a Republican,” says Polis. “We really wanted to make sure that the people who care about these issues, and have some knowledge, were able to play a role in helping to determine who would run these agencies and how we can make them more efficient.”

Polis chose the nonprofit Keystone Policy Center to facilitate the transition process and provided clear marching orders for their work, says Berrick Abramson, the center’s senior policy director. “He wanted this to be an inclusive process that really focused on ways to engage all voices—those that were aligned with him and those that had much different views,” Abramson says. “The other thing that was made very clear was that he wanted us to be very oriented on tasks that would prepare his team to step in and quickly be in position to lead.”

With those guidelines, committee members were tasked with two main functions, says Abramson. First, recommending candidates for 17 Cabinet positions and reviewing ways to improve government operations. Overall, the committees looked for Cabinet candidates who would help fulfill Polis’ vision for Colorado. “We wanted to find members of the Cabinet that would be bold leaders in their own agencies,” says Polis. So far, the governor-elect has appointed 12 Cabinet members—most of whom will need to be confirmed by the Colorado Senate.

Policy issues—already settled by the voters in a landslide election—were off the table during the transition, giving Polis an opportunity to set a clear direction while seeking broad input on how to execute his goals. Polis ran on promises of making full-day kindergarten available to every child in the state, reducing healthcare costs, moving toward 100 percent renewable energy, and reducing the income tax rate for Colorado families. “We see the election as a mandate to work every day and every night to deliver these goals,” Polis says, adding that he plans to move forward on all these issues during the 120-day legislative session that began January 4th.

To prepare for that work, Polis chose transition team members who represent critical Colorado perspectives on his top issues. On healthcare—one of the key issues that the governor-elect focused on throughout his campaign—Polis selected Eagle County Commissioner Jill Ryan to co-chair the transition Health and Human Services Committee. Ryan represents 53,000 rural Western Slope constituents struggling with some of the state’s highest healthcare costs. “He’s given our region of Colorado a voice,” Ryan says. “Our residents have the opportunity to make a difference and to get some relief.”

Polis has also sought the insight of his former campaign rivals for the Democratic nomination, including former State Sen. Mike Johnston and former State Treasurer and Denver Chief Financial Officer Cary Kennedy. Not only did Johnston help Polis prep for general election debates as a stand-in for Republican nominee Walker Stapleton, but he is also lending his experience to the transition Education Committee. Kennedy, who finished second in the Democratic primary, is joining the Polis administration as senior advisor for fiscal policy.

“Governor-elect Polis has always been open to hearing different perspectives, and you see that reflected in the appointments he made to the transition committee and the appointments he’s making in his administration,” says Kennedy, who has known Polis for nearly 20 years. Notably, more than three-fourths of Polis’ senior staff are women.

Another former candidate, outgoing Lt. Governor and Chief Operating Officer Donna Lynne, is doing double duty by coordinating the transition for the administration of Gov. John Hickenlooper and co-chairing the transition Consumer Affairs Committee for Polis.

Lynne spoke to 5280 from her office at the Colorado State Capitol, where she was working on New Year’s Eve. She says the short 60-day timing is one of the biggest challenges of any transition. The Hickenlooper administration gave Polis’ team a head start, however, by beginning preparations for the changeover back in April, says Lynne. Each executive agency created a book with letters to the governor-elect and the incoming executive directors to explain ongoing issues, statutory guidance, and constitutional provisions that impact the agency’s work, as well as mission statements and organizational charts that outline operations.

Lynne says Polis was very engaged with the insights shared with him during the transition. “What’s impressed me is his interest in understanding how things work,” she says. “A good leader has to be a combination of a visionary and somebody who understands the details.”

Conservatives were heartened when Polis similarly added political rivals to his transition team, including former U.S. Rep. Bob Schaffer, who is headmaster of a charter school in Fort Collins and serves on the transition Education Committee.

Schaffer, who worked with Polis on the Colorado State Board of Education in 2006 and 2007, says he was honored to join the team. “In my experience working with him, I’ve not known Jared to look at decisions or solutions through a partisan perspective,” Schaffer says. “Just the notion that he would pick up the phone the day after the election and call somebody like me is a very promising statement about what I hope and expect is going to be the overall tone of the next four years.”

Polis and his Chief of Staff Lisa Kaufmann chose Schaffer and the other initial members for each of the seven committees based on their representation of different communities and viewpoints, says Abramson. Each committee also has two co-chairs chosen for their credibility; this includes former legislative leaders, governors, and State Board of Education members.

In an unprecedented move that defied insider politics, the other half of the transition committees’ members came from an open call to the public requesting volunteers. Committee co-chairs were tasked with selecting volunteers that would round out any diversity gaps in their committees. “That is something I have not seen another transition do,” says Abramson, who has personally worked on about a half-dozen transitions across the country.

Andrew Currie, an animal wildlife advocate and entrepreneur who co-chairs the transition’s Energy & Natural Resources and Agriculture Committee with former Gov. Bill Ritter, says his committee includes conservationists, an oil and gas industry representative, and a Republican former Colorado agricultural commissioner. Currie increased the committee’s diversity by adding a council member of the Southern Ute Indian Tribe, which has oil and gas resources on its reservation.

Boulder Sheriff Joe Pelle, who co-chairs the Public Safety, Military and Corrections Committee, saw similar diversity on his team, which includes an oncologist, a lawyer, and representatives for both inmates and correctional officers. To ensure that all voices were equally heard, members independently evaluated each candidate using the committee’s agreed-upon criteria. “Everybody had a voice that was never discounted or put down,” says Pelle.

Another unique aspect of Polis’ transition process is how he searched for Cabinet members. The team put together an online application for anyone from across the nation to apply for the roles—no connections to Polis needed. Thanks to the broad access and participation, the committees reviewed 739 applications in five days. “It was exactly the way people hope government would run, which is that everything is aboveboard, everyone has an equal chance, and you search the entire state and the entire country for the best talent,” says Johnston.

Beyond volunteering to serve on the transition committees, Coloradans were also invited to participate in telephone town halls hosted by each of the seven committees to seek input and explain their work, or by sending comments and suggestions through an online portal. “We wanted to be accessible to people across the state,” says Polis.

As Colorado’s soon-to-be governor prepares to be sworn in at the Capitol on Tuesday, he says he remains committed to sustaining the openness that he achieved in the short transition period. Now, it’s time to get to work.