In 1989, while Milli Vanilli was blaming it on the rain and Cher was turning back time, a little-known Oklahoman named Garth Brooks was feeling much too young to feel so damn old inside a brand-new honky-tonk in industrial north Denver. The Grizzly Rose had just opened and was one of the first clubs in America to book Brooks. “This is kind of where it started,” Brooks told reporters before his performance at Empower Field at Mile High this past June. Both Brooks and the Rose—as it’s affectionately called—rode America’s obsession with line dancing and country music through the ’90s. By the end of that decade, Brooks owned more than 20 number one hits and Denver boasted about half a dozen country music clubs. Today the Rose is, arguably, the last honky-tonk standing in the Mile High City. “Denver is a loyal town,” says Scott Durland, who’s owned the Rose since 2009. “The fact that Casa Bonita is still in business tells you how loyal it is.” Over the course of its 30-year history, the venue has remained committed to booking country acts—from legends like Waylon Jennings, Chris LeDoux, and Merle Haggard to then emerging artists such as Brooks, Miranda Lambert, and Toby Keith—and keeping shows affordable (most tickets max out at $25). “The Grizzly Rose has always survived, and will always survive, because of the concerts they get in there,” says Bill Repola, who, with his wife, Kathy, owned the Rose in the early 2000s. This month, that includes up-and-comers Jimmie Allen and Tyler Farr and old-schoolers Montgomery Gentry. You might see fewer cowboy hats in the crowd these days, but the Rose still draws a diverse, multigenerational crowd six nights a week. From line-dancing lessons (Tuesdays) and ladies’ nights (Thursdays) to two-stepping and mechanical bull rides, we help you slip on down to the oasis of country music in the Mile High City.

“If the footwork doesn’t work, the dance will never work.” Dance instructor Dennis Giullian has been repeating those words several times a night since he began teaching at the Grizzly Rose 26 years ago. The Rose hosts free “progressive” (couples “progress” around a room) dance lessons on Wednesday nights, but patrons can also sign up for private group instruction with Giullian. You can show up solo to any of the lessons; Giullian will find you a partner. “I like starting with the two-step,” he says, “because they can transfer what they learn from it to other dances more easily.” Giullian often taps longtime patrons Don and Joanie Moore to help demonstrate. After all, the couple, in their 80s, have been spinning, scooting, and swinging at the Rose every Wednesday and Saturday for 29 years. “It’s our recreation,” Joanie says. 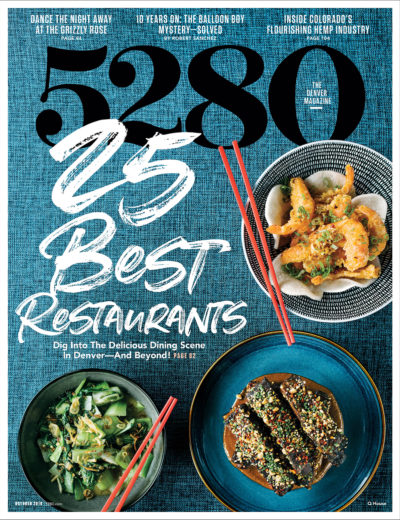 You don’t need a cowboy hat to get in the door on Thursday nights. But boots or some other closed-toed shoes aren’t a bad idea as more than 1,000 people regularly pack into the Rose for ladies’ night, when women quaff draft beers and well drinks for free until midnight. Need a break from line dancing, which rules the floor on Thursdays? Practice your roping skills on a plastic steer in the back room or hone your hustling at one of the Rose’s five billiards tables, like this group of Valor Christian High School alumni—some of whose parents used to frequent the venue. Bartender John Barthell  probably served them, too: He’s been pouring drinks at the Rose since 1990—a year after he started as a bouncer. Open to anyone 18 or older on most days (and to all ages on Sundays), the Rose engenders an all-comers vibe.

For many patrons, the Grizzly Rose isn’t just about country music, longnecks, and mechanical bulls. It’s about family. General manager Lindy Arnold started coming to the Rose with her parents—who learned to dance here and became competitive ballroom dancers—when she was 15. Lindy went on to become the GM in 2013; she met her husband, Barry, head of security, the same year. After losing his love of 36 years, Roland Blanscet made the Grizzly Rose his second home in 1989. “When my wife died, I was just sitting in the house, looking at the four walls and thinking, There’s got to be something better than this.” So Blanscet took a six-week dance course during a visit to his native Arkansas and has been wooing the ladies at the Rose ever since. You’ll rarely see him without a dance partner, and much of the time, they’re the ones asking. “I like to dance the waltz the most,” he says. “I like the rhythm—and you get to hold the gal close.” Blanscet usually frequents the Rose on Tuesday, Wednesday, Thursday, and Saturday nights; he’s become such a regular that when owner Scott Durland had 30-year anniversary buckles made, he gave one to Blanscet. “The day Roland doesn’t walk through those doors at 6 p.m.,” Lindy says, “my heart will break.”

While some things about the Rose have changed over the decades—what was once a Western wear store is now a banquet hall and small dance space; the former DJ booth is a bar for the Rose’s bottle service; and a shoe shine stand will soon become a photo booth—others, like the tandem “Widowmaker” mechanical bulls and the signed memorabilia from musicians who have played here, remain. It would be nearly impossible to count the number of acts that have performed at the Rose—thousands, probably—but it’s easy to see that the venue is one of the few remaining country bars in Denver to host live music every night it’s open.

Sometimes those are bigger national acts. Much of the time, a band contracts to play for a week. (Toby Keith started out in one of these.) Owner Scott Durland even provides a house in Globeville for visiting musicians to stay in to help defray their costs. Keeping the music alive was important to Durland when he bought the Rose. He grew up listening to the likes of Alabama, Chris LeDoux, and Willie Nelson on his family’s Northglenn dairy farm and wants to keep that musical legacy going at the Rose. “It’s important to hold onto the history of this place,” he says. “Today. And for the next 30 years.”