A great horned owl perches in a nearby outcropping of trees. At least, that’s what everyone says. But after a third bird-shaped leaf clump fools me, I abandon my binoculars and look sheepishly at the 20-ish members of the Boulder Bird Club who’ve welcomed me on their monthly Sunday morning walk around the Walden Ponds Wildlife Habitat. “Did you see it?” Lonny Frye, the club’s vice president, asks. When I shake my head, he points, and I line up my binoculars again. A spin of the focus wheel transforms a brown blob into the elusive bird of prey.

I never would’ve noticed this owl, or even thought to look. My usual modes of exploration—running, skiing—leave little time to observe nature’s small-scale accoutrements. But bird-watchers soak up every detail. Take Karen Axe, a Boulder Bird Club member who became obsessed with the two-tone whistle of a mountain chickadee she frequently heard near North Table Mountain. Or Yelana Love, a master birder with Denver Audubon who says the activity helps relieve stress from her day job as an attorney. “It’s a reminder to slow down and pay attention,” she says. 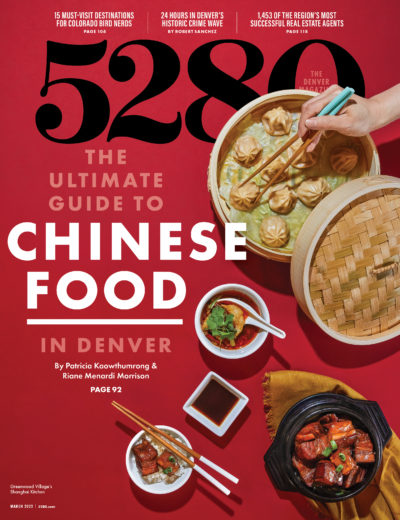 The COVID-19 pandemic forced many Coloradans to learn that lesson. Alison Holloran, executive director of Audubon Rockies—the Fort Collins–based regional office of the nationwide bird-focused nonprofit—cites an influx of calls and emails asking for help identifying winged creatures across the Mountain West. “People have had time to realize there’s a lot going on in their own backyards,” Holloran says.

But some of those inquiries have been about what isn’t flying by. “I got a lot of calls this year from people saying, ‘I used to have so many birds in my yard. Where did they all go?’ ” says Zach Hutchinson, Audubon Rockies’ community science coordinator. Those observations aren’t an anomaly. According to a landmark study published in Science in 2019, North America’s avian population shrunk by close to 30 percent over the past 50 years, a trend that hit every ecosystem on the continent.

Arvind Panjabi, senior research scientist with regional nonprofit Bird Conservancy of the Rockies, co-authored that study. A birder himself, Panjabi uses the phrase “canary in a coal mine” when parsing what the loss of birds might mean for the environment. They’re key components of the food web and help flora thrive by spreading seeds and pollen. Their disappearance also indicates how desperately habitats—and the other species those domains support—are suffering.

Even the great horned owl at Walden Ponds could be a sign of human encroachment. In part because it prefers hunting in scraggly wooded patches, the kind left over when a residential development goes up, the great horned owl population is far more robust across the United States than that of the spotted owl, which thrives in the dense forests often felled to make way for more homes.

People who take time to notice the birds, Holloran believes, can make such connections. “Yes, birding is a pastime, but it’s also telling you something about the health of your yard and the wider community you live in,” she says. In other words, it’s the perfect hobby for conservation-minded Coloradans. But don’t, ahem, wing it: Instead, peruse the following pages for everything you need to become a birding pro, no matter which habitat you explore.