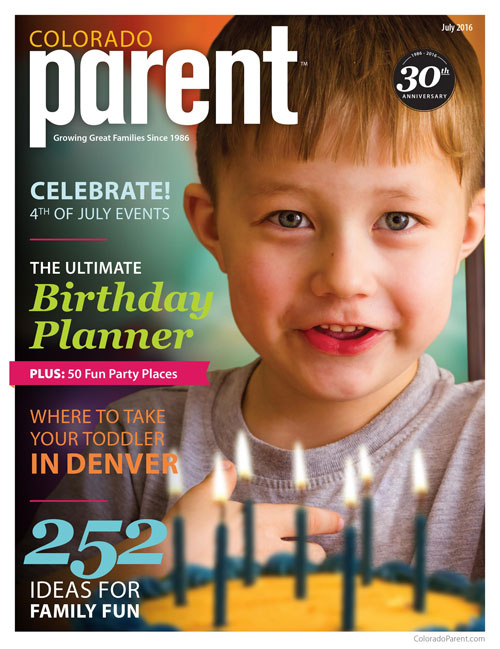 5280 Publishing, Inc. today announced that it has acquired the Colorado-based assets of Hibert Publishing, LLC, including Colorado Parent, six related publications, and a collection of associated digital products.

Already the publisher of the state’s most-read weekly or monthly magazine, the move expands 5280 Publishing’s total unduplicated print audience by 23 percent, according to independent market research. It also doubles the total number of issues the company produces each year from 18 to 36.

Colorado Parent, which celebrates its 30th anniversary in September, is published monthly with a total distribution of 45,000. Like 5280, it is one of the very few local publications in Colorado that allows its circulation claims to be verified by independent auditors.

Colorado Parent’s family of titles also includes Family Favorites, Your Family’s Health, Education Guide, Everything Baby, Everything Family, and Ultimate Guide to Summer, which are all annual publications.

“I’ve long admired Colorado Parent as an editorially driven, high-integrity magazine,” said Daniel Brogan, 5280 Publishing’s founder and president. “Over the years, we’ve watched their small but mighty team build an impressive readership that has very little crossover with our own. Obviously, that’s great news for our advertisers, but it also creates big opportunities for us to expand each magazine’s audience.”

Only 9.7 percent of Colorado Parent’s readership overlaps with 5280’s, according to The Media Audit, a research firm that measures print and broadcast audiences in more than 80 markets across the country. Thanks to high pass-along rates, The Media Audit reports that with the addition of Colorado Parent, 5280 Publishing’s total unduplicated print audience will now average 518,845 readers per month. An additional 200,000 users visit 5280’s popular website each month; about half of those are not readers of the print editions of either 5280 or Colorado Parent.

“My wife, Tracy, and I are sad to be leaving Colorado and Colorado Parent as we move on to a new adventure in Dallas, but we couldn’t be happier to know that Colorado Parent will be joining 5280 Publishing,” said Gary Hibert, publisher and owner of Hibert Publishing. “Dan and his team have proven that they really understand the needs of the market, and I’m extremely confident that Colorado Parent, having served Denver and Boulder families for 30 years, will continue to flourish under its new management.”

Deborah Mock, who has worked with Colorado Parent in a variety of positions dating back to 1995, will continue as its editor. 5280’s immediate plans for Colorado Parent include increasing its editorial budget and migrating coloradoparent.com to a new mobile-friendly platform. The company will also merge the two publications’ family-related e-newsletters, more than doubling total unique subscriptions to about 20,000.

With the acquisition of Colorado Parent and its related titles, 5280 is poised to continue the significant revenue growth that made 2014 and 2015 the most successful in the company’s 23-year history. Earlier this year, 5280 expanded its press run to 90,000 copies; since 2008, its paid subscriber base has grown by 23.5 percent. The magazine currently has 50,227 paid subscribers and distributes another 30,680 copies to more than 600 area newsstands.

5280, the largest local magazine in Colorado, was first published in 1993. Its commitment to high-quality journalism has made it one of the country’s most respected regional publications. 5280 has been a finalist for six National Magazine Awards, the industry’s highest honor, and has been named one of America’s top five city magazines on three separate occasions by the City and Regional Magazine Association. The locally owned company also publishes 5280 Home, 5280 Health, and 5280 Traveler magazines.