To call Eliza Prall’s Observatory Park home a labor of love is a bit like calling the Great Pyramids a little construction project. She bought the corner-lot fixer-upper in 2006. And with the help of her partner, Bill Carleton, she spent the next four years transforming—often by hand—the quaint three-bedroom farmhouse into a 4,200-square-foot ode to entertaining, complete with a magnificent kitchen and patio, both of which practically beg for a party.

“I looked at 60 houses before I found this one,” says Prall, who owns Prall Marketing and co-runs a party supply site, called theentertaining
shoppe.com, on the side. “The bones were so perfect. But as charming as it was, it didn’t have some of the living spaces I wanted.”
That’s putting it mildly. Prall and Carleton spent three months (pre move-in) rewiring, replumbing, and replastering the outdated house, which had only two other owners since it was built in 1910. “There was dated wallpaper everywhere, the original knob-and-tube wiring, and avocado appliances in the kitchen,” Carleton recalls.

Even after some renovation, the home’s original 1,950 square feet and one-and-a-half bathrooms were a tight squeeze for the pair, Prall’s two younger sons, a dog, a cat, and Carleton’s teenage daughters (one in college who would visit on breaks). Prall describes the master bedroom as a maze of closet rods and shelves with the bed in the middle. “We’d lie in bed and decide what we were going to wear that day,” she jokes.

They’d also lie there dreaming about the addition they planned. (When Prall bought the house, her L.A.-based architect sister, Becky Casey, sketched a floor plan that included an addition.) In 2009, they were ready to realize that dream.

The couple enlisted the aid of a local architect to translate Casey’s initial drawings into actual plans. But, as sometimes happens with remodels, visions weren’t aligning. Over dinner one night with family friend (and celebrated Denver architect) Sarah Semple Brown, the couple mentioned their project. “I looked at the plans and went, ‘Oh my God. This does not make sense,’?” says Brown, principal at Semple Brown Design. “Something just got lost in translation between Becky and this architect. So I said, ‘We’re going to need to intervene.’?”

That “something” was the importance of scale, flow, and preserving the character of the house. “We didn’t want to create some major monstrosity in the neighborhood,” Carleton notes.
The addition called for what was, in comparison to the original structure’s small rooms, a spacious kitchen. To keep the scale on par with the rest of the home, the trio kept the ceilings fairly low, at eight and a half feet, paneled the ceilings, and divided up the space with two small islands capped in Carrera marble and a 10-by-3 foot Restoration Hardware kitchen table, creating small gathering areas within a large one. The cabinets and custom-built bookcase, painted a warm shade of gray, further cozy up the space’s many stainless steel surfaces.

Prall and Carleton helped map out every detail, from the fixtures to the dimensions and alignment of the cabinets. “Every night for a year, we’d sit down to look at things or sketch them out,” Prall says. “We didn’t go to the movies or read a book for a year. That’s probably not recommended for most new couples, but it worked for us.”

Brown was also able to preserve the bones of the former kitchen as part of what Prall and Carleton affectionately call “the knuckle”—a butler pantry/bar that houses a wine fridge Carleton snagged from a contractor connection for a fraction of its original cost. “That’s where the transition happens between the existing house and the new house,” Brown says. “Once you’ve made that transition, the bigger kitchen works.”

Of tantamount importance is what Prall describes as “flow.” Prall, who grew up in a Cincinnati home that was “party central” (think facing baby grand pianos), wanted to make sure the addition would allow for easy circulation during gatherings. “The design is half driven from my phobic past,” she quips. “I often got cornered in a room during parties, so every room had to have two exits.” The kitchen has seven: one entrance to the hall, one to an office, two passageways to the old house (the living room and the knuckle), and three sets of glass doors that open up to a wraparound porch, a beautiful second living room with brick walls and real wood flooring. (“Composite feels different,” says Prall.)

“The patio is its own room, but it’s very connected to the kitchen so there’s this expansion of the space,” Brown notes of her favorite rooms. “Especially in the summertime, there’s just such an easy flow between the two. It’s intuitive and not forced.”

The flexible space has given Prall and Carleton the ability to host festivities of almost every size: from 16-person dinner parties to holiday gatherings of 150 (really). The couple even opened their doors to be part of the University Park Home Tour earlier this year. It’s a role Prall relishes.
When the couple finally moved back into their new-old home in December 2010, after five-and-a-half months spent in a tiny rental down the street, the first thing they did was stash away the boxes and throw a celebratory feast.

Brown, of course, was one of the guests. “I think we sat 16 people,” Prall recalls. “It’s easy in this house, and we felt like we couldn’t have included enough people. It was the perfect way to celebrate a long, but rewarding, process.” 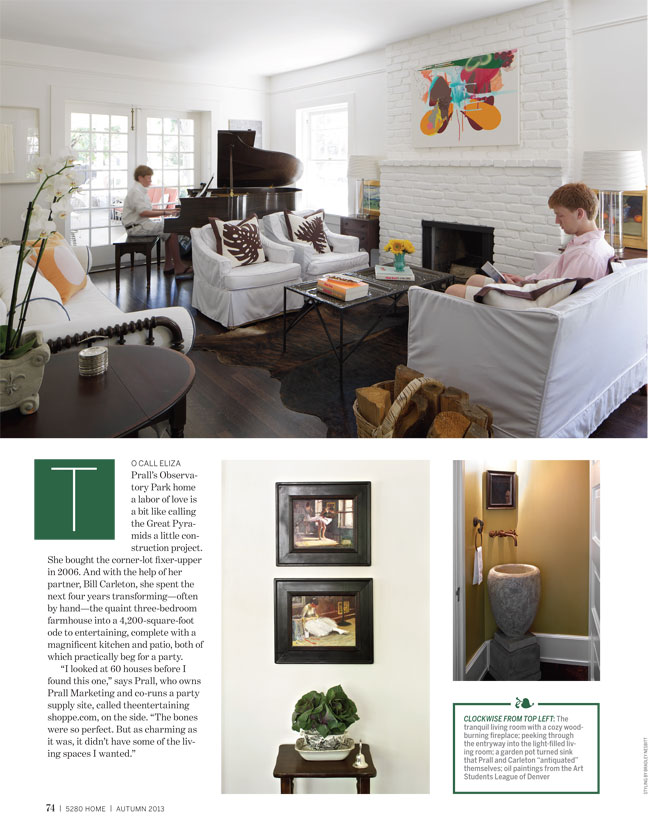 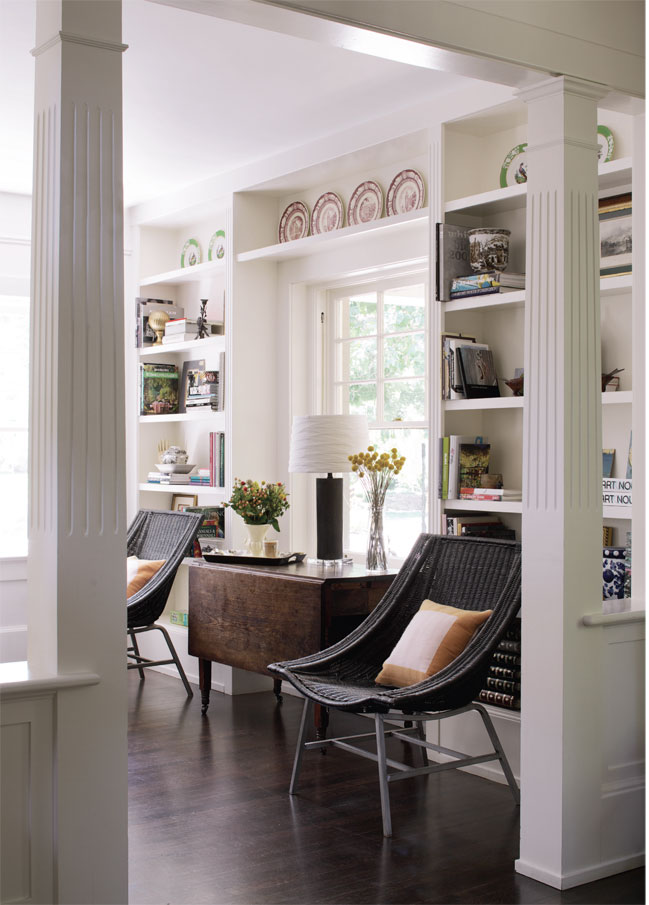 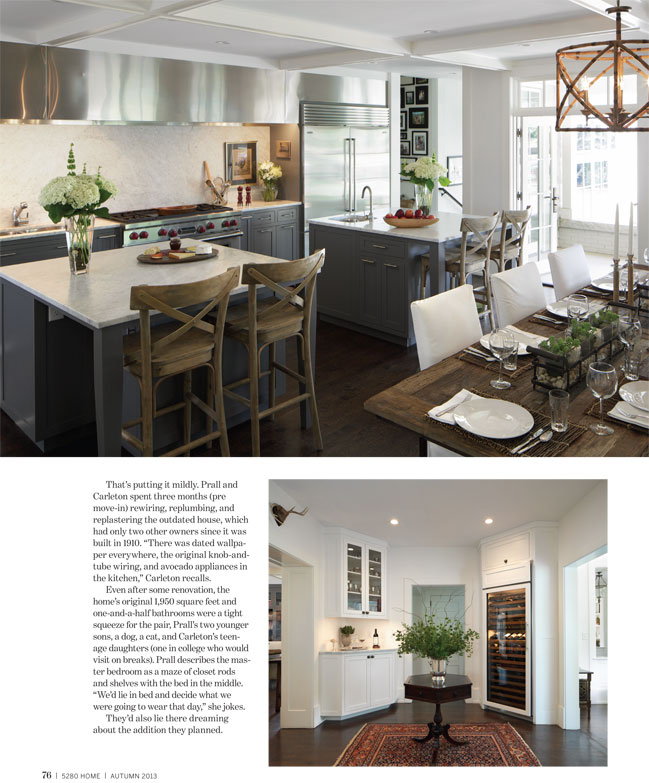 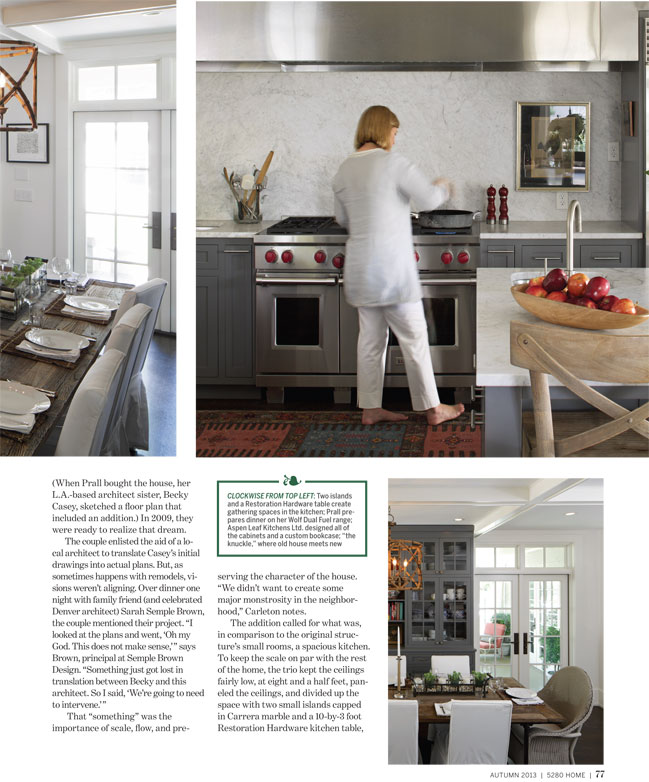 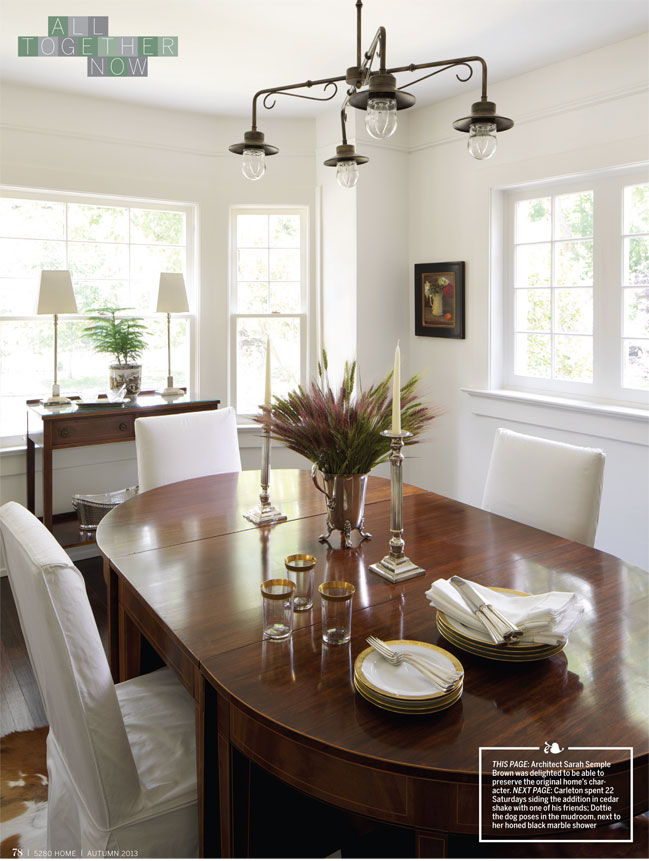 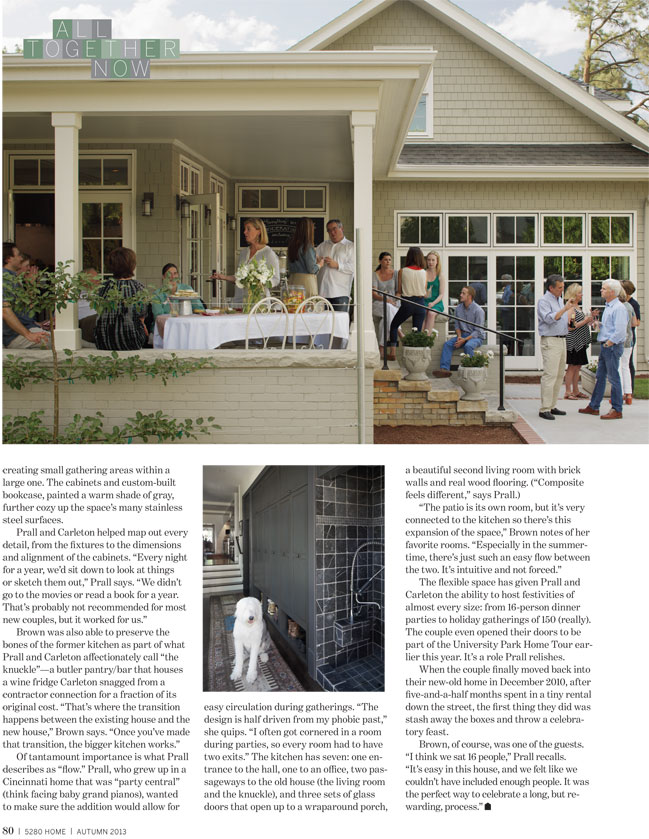 In the comments to a previous item, webmaster Jeff Panis posted this photo of the new public sculpture at 14th and Curtis, but I figured it was worth bumping up to an item of it’s own. Use the comments to let us know what you think of it.