To appreciate how fiercely Mario Rodriguez clings to his roots, consider his nom de plume, D.J. Chonz. As a middle schooler, Rodriguez was known for wearing “chones” (Spanish slang for underwear) at home and little else. “People started calling me Chonz,” the 38-year-old says. Rodriguez has earned good mileage out of those tighty-whities: Today, he hosts the afternoon show on Denver’s most popular rap station, FM-107.5, teaches in the University of Colorado Denver’s Summer Music Industry Program (which has a scholarship in his name), and, on August 8, will co-promote the Freestyle World Qualifier, a three-on-three break-dancing contest (think You Got Served) at Beta Nightclub. Chonz recently gave 5280 a tour of his house, offering proof that living in the past doesn’t make you a relic.

It’s rare to catch Chonz without a hat covering his shaved dome (see main photo). Whether trucker ($25) or flat cap (up to $125), chances are it’s from Goorin Bros. in Larimer Square. goorin.com 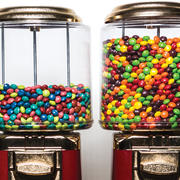 Chonz bought this from his uncle because he thought it would teach his 10-year-old daughter, Alexa, the value of a dollar—or, in this case, a quarter. But then she discovered she can pop the metal top off and grab all the free Skittles—Chonz’s favorite candy—her little hands can carry. 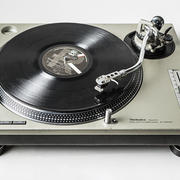 When he performs, Chonz uses Technics’ SL 1200, the same model his father bought him when he was 15. (Before that, he DJed with a Walkman and a portable CD player.) The SL 1200 has been discontinued, so even though Chonz has six of them—including two in his basement studio—he spends about $600 whenever one comes up for sale in a music store. 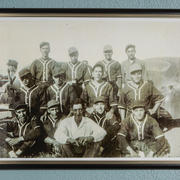 In the entryway, visitors are greeted by a picture of the Milliken Caballeros. His grandfather, Ralph Solano (front row, far right), played left field for the Hispanic semi-pro team in northern Colorado while working on onion and radish farms. Solano moved to Globeville after finding work in Denver’s meatpacking houses and eventually ended up at Denver Water. 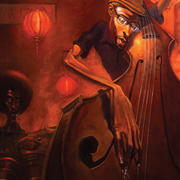 There’s no TV in the living room, but “Bass Player” by Justin Bua (whose clients include Leonardo DiCaprio) provides plenty to look at. It was payment for DJing the New York City–based urban artist’s show in Denver. 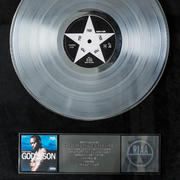 Chonz received a platinum record after running the 2002 album’s Denver guerrilla marketing campaign. He encouraged DJs to play God’s Son in clubs and made sure it was displayed prominently in record shops. 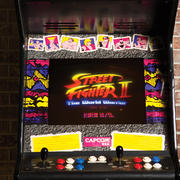 Craigslist and $300 reconnected Chonz and this high school flame, which he stores in the basement behind his home theater. His go-to avatar: Ryu.