Travel has been limited over the past year-and-a-half, but that doesn’t mean we have to deprive ourselves of the globe-trotting lifestyle. Drive a few miles east of Denver and you’ll find yourself in one of the state’s most diverse cities: Aurora, where more than 120 foreign languages are spoken (Spanish and Korean are the most common) and 20 percent of residents were born abroad.

That international population is a boon for locals and visitors alike. Aurora is a vibrant locale filled with rich cultures, traditions, and cuisines. One example: The city is home to more than 250 authentic, specialty restaurants.

Aurora’s convenient location—on the doorstep of Denver International Airport—makes it an obvious stop on Colorado vacations. But even locals are sure to find plenty to explore in the state’s third-largest metropolis. You’ll need more than a day—and three meals—to experience all that Aurora has to offer. Instead, plan separate visits to these three unique destinations, all of which showcase the best of the city’s global character.

We promise you’ll discover something new, whether you’re traveling through town or live nearby. 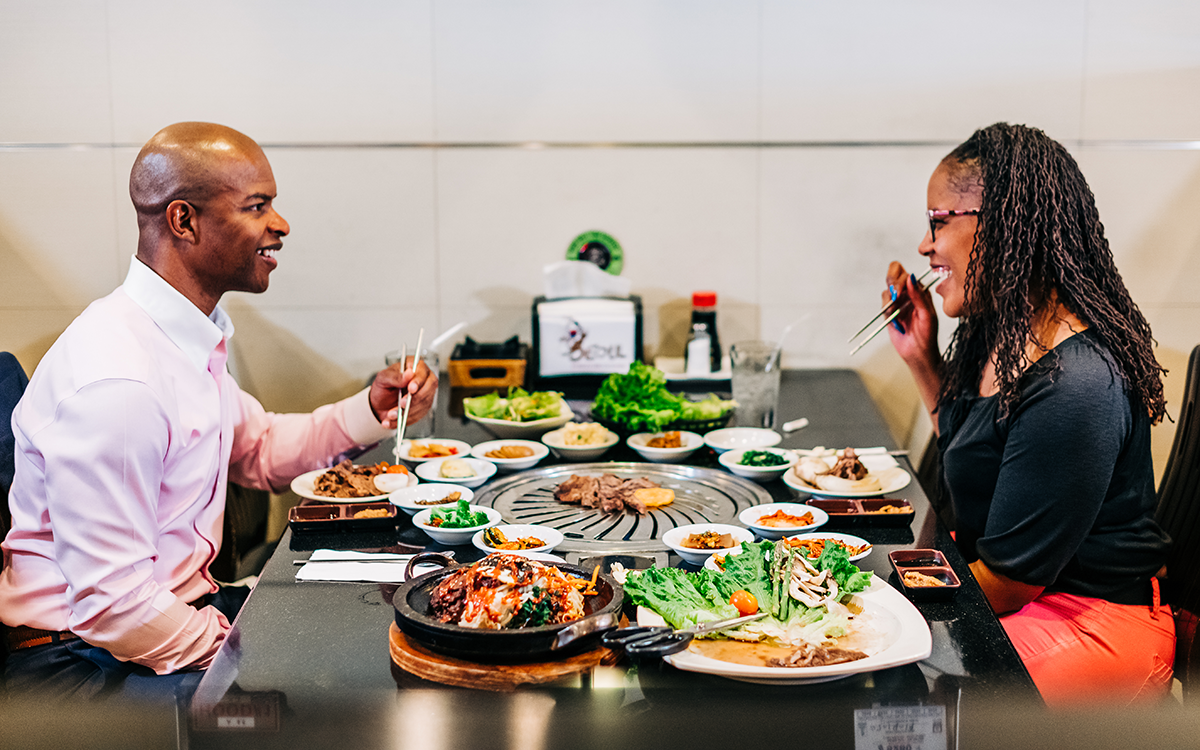 Since 2010, the Aurora Cultural Arts District has been a hub for artists, performers, and other generally crafty folks in the downtown core. It stretches along 16 city blocks and embraces everything from galleries to public art to creative-minded businesses.

Theater hounds will want to plan their visits around the calendars at Vintage Theatre or the Aurora Fox Arts Center, which is also home to the Aurora Symphony Orchestra. Public art is a community focus—don’t miss the lineup of murals on East Colfax Avenue, between Dayton and Galena streets, and the annual Colfax Canvas Mural Fest—but you can also explore the People’s Building gallery and eight artist studios at the 1400 Dallas Building Gallery. Youth can develop their own artistic practices at Downtown Aurora Visual Arts.

Tap into a different type of inventive experience at VR Social, a new virtual reality arcade inside Stanley Marketplace. The modern mall is also home to LuBird’s Light Playground, accessible to kids of all abilities as one of the first inclusive playgrounds in the entire metro area. 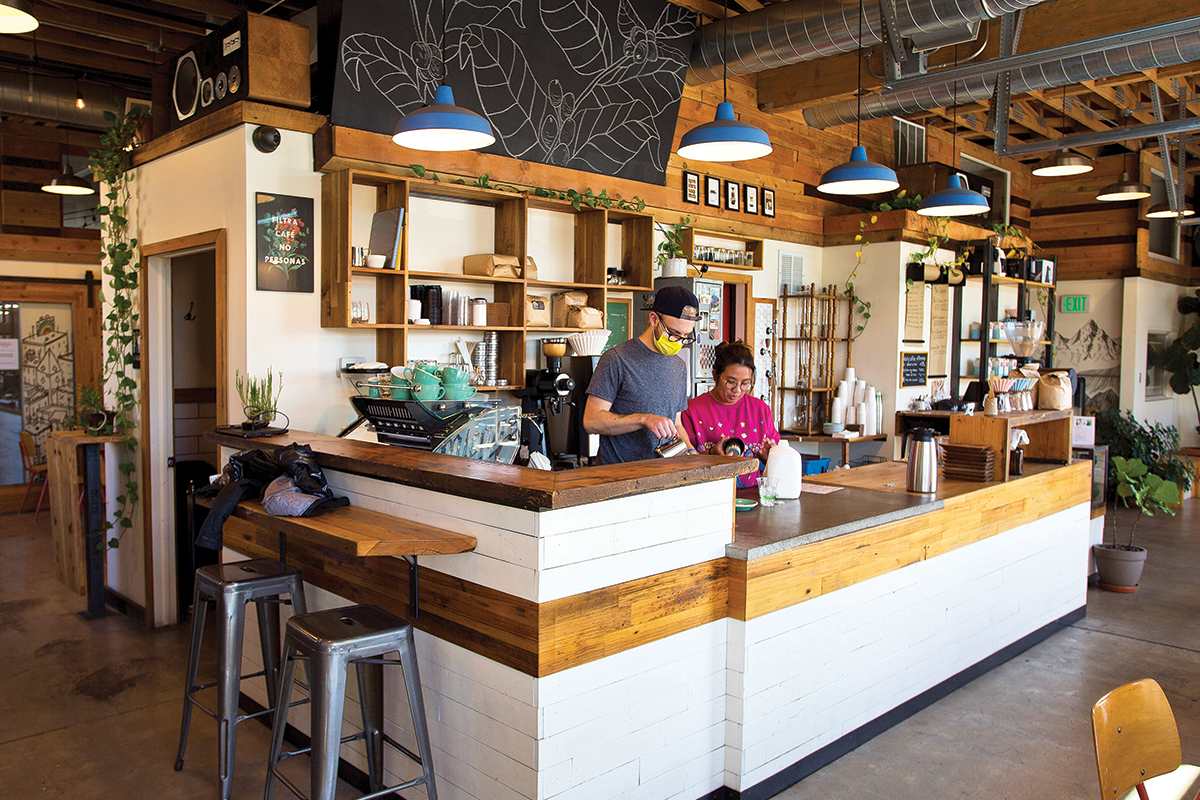 Yes, food counts as a creative endeavor, too. Handcrafted eats abound in this part of town: mochi muffins at Third Culture Bakery; handmade pierogis at Baba & Pop’s; Mason’s Dumpling Shop’s from-scratch pockets; and the family recipes shared by immigrant and refugee chefs at the six concepts inside Mango House food hall. You’ll also find locally crafted artisan coffee at Jubilee Roasting Co. And woman-owned Lady Justice Brewing Company is both a community gathering place and a spot to unwind with a great pint of beer.

On Havana Street: A Global Marketplace 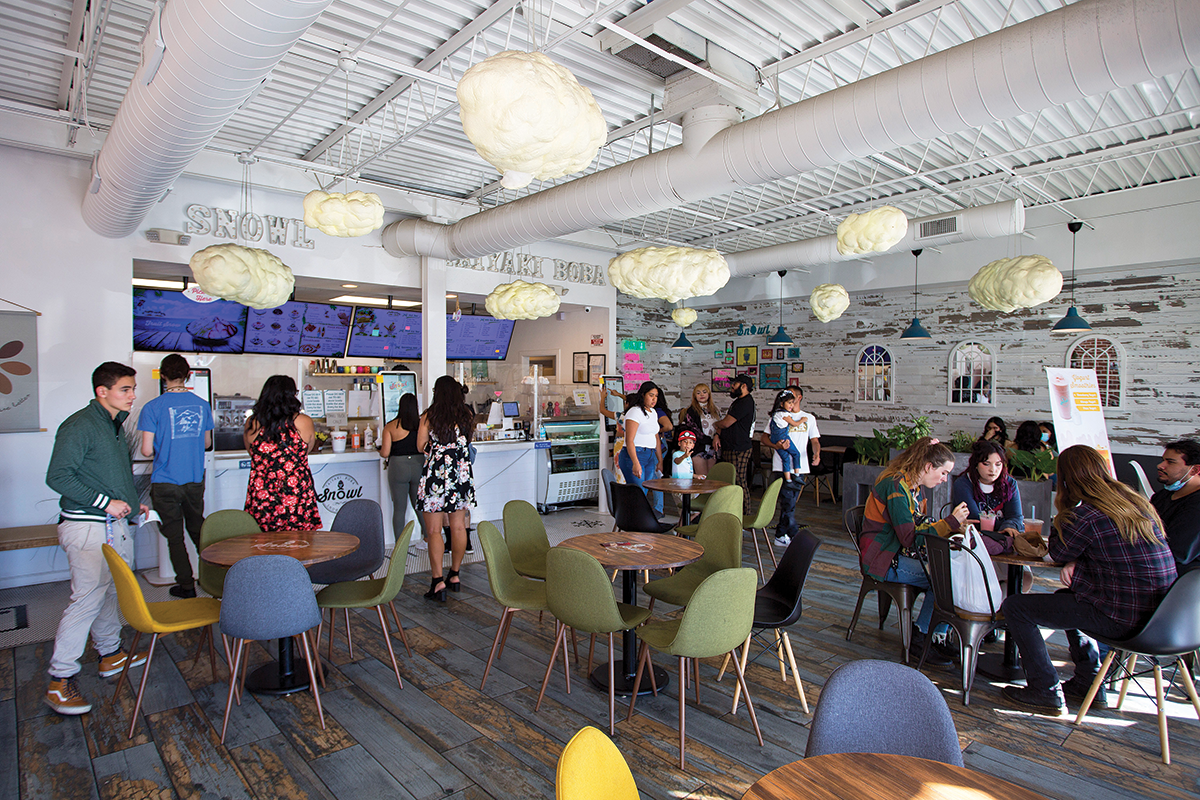 The core of Havana Street runs 4.3 miles—north to south—from East Sixth Avenue all the way down to Kennedy Golf Course. It’s much more than a thoroughfare, though. It’s one of Aurora’s primary culinary destinations, sprinkled with a seemingly endless array of global eateries and international markets. Places such as Nana African Market, J Love’s, H Mart, Ebisu Lifestore, Arash International Market, and M Mart aren’t there simply to satisfy your grocery list needs; they’re cultural establishments where you can uncover new-to-you ingredients and immerse yourself in Aurora’s diverse populace.

Stroll Havana with a self-guided walking tour of the 13 public art sculptures that comprise the 10th-annual Art 2C on Havana exhibit. Six of the pieces were crafted by Colorado artists; among them is Aurora’s own David Farquharson, who fabricated a dynamic, flower-like structure. You can also build up an appetite with a round at the free 18-hole Expo Park Disc Golf Course.

Ready to plan your Aurora adventure?
Find any location mentioned in this article in the map below.

Aurora is a lively, growing metropolis, and City Center offers a convenient place to get your bearings. Surrounded by a couple of parks and the Aurora Hills Golf Course, the area has plenty of dining and shopping options, including the bustling Town Center at Aurora. The brand-new Aurora Eatery on the lower level houses 13 takeout and delivery restaurants, so everyone in your crew can choose exactly what they want to eat, whether it’s Kenyan BBQ or British comfort food. Even better: The Eatery is an incubation kitchen for new food and beverage concepts, so your growling stomach is also supporting innovative chefs and food start-ups. Bua Tasty Thai is another Town Center favorite; all of the restaurant’s decor was imported from Thailand, and the family recipes will transport you (or, at least, your taste buds) all the way to Southeast Asia. Another option: Head southwest to family-owned Pacific Ocean Marketplace to pick up ingredients for a home-cooked meal at Colorado’s largest Asian supermarket. 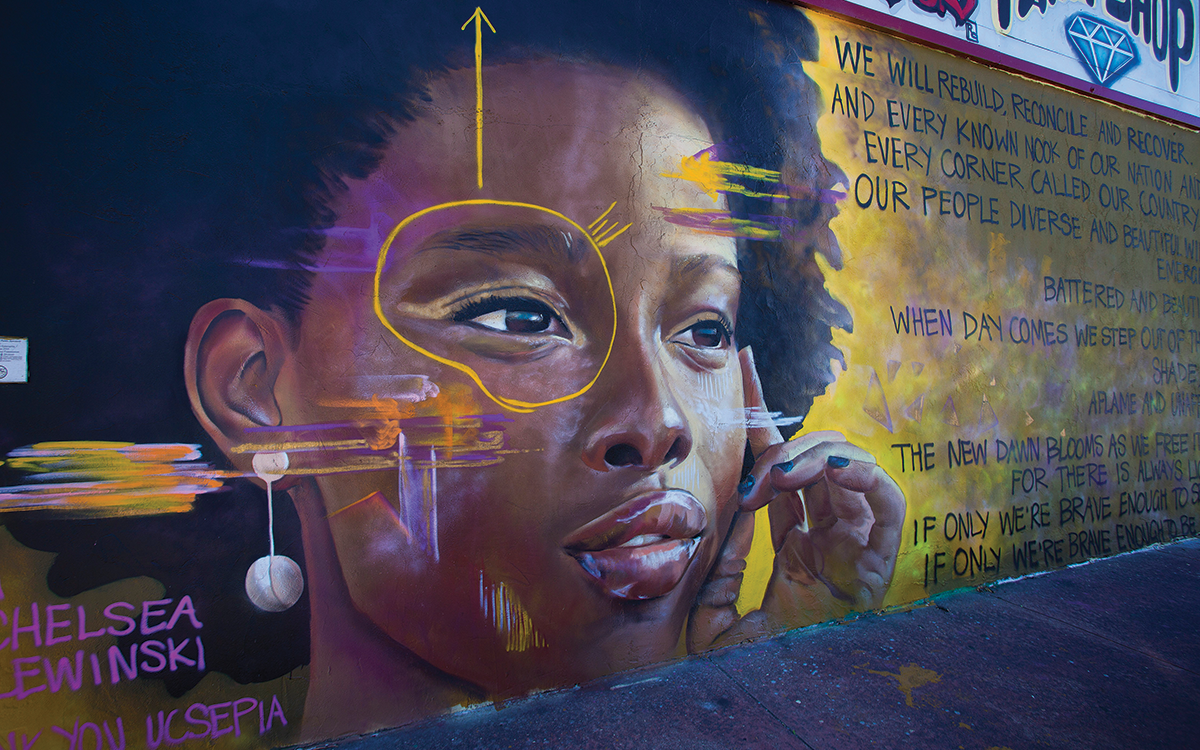 Of course, there’s more to City Center than food. The Aurora History Museum houses art, historic artifacts, and rotating exhibits. Currently, there’s an in-depth look at Aurora’s growth into a true suburb in the mid-1900s (on view through April 24). Have kids in tow? They’ll love FieldhouseUSA, an indoor sports venue that hosts youth sports leagues, tournaments, camps, and recently added Airhouse Adventure Park where they can test their mettle on the ropes course or zip zag roller coaster.

Aurora’s 8,000 acres of open space are calling. Pack up your gear and check out these locals’ favorites.

If you want to… hike or bike.
Go to: The Plains Conservation Center and take a self-guided walking tour of the shortgrass prairie nature preserve—home to bald eagles, red-tailed hawks, and pronghorns—and the replica homesteads and tipi camp on the property.
Need another idea? The Sand Creek Regional Greenway is a nearly 14-mile-long urban connector trail that brings the wilderness into the city. Keep an eye out for prairie dogs, red foxes, and jack rabbits as you walk, bike, or run the path.

If you want to… splash around.
Go to: Aurora Reservoir, where stand-up paddleboards and kayaks are available to rent in the summer months and boating is open until late October. The venue even has three unexpected amenities: a scuba diving area, an archery range, and a swim beach.
Need another idea? Fishing is the main draw at Quincy Reservoir; largemouth bass, trout, and perch all swim in its waters. Boats are available to rent, but those who prefer to stay on dry land can saunter along the 3.5-mile trail that hugs the shoreline.

If you want to… golf.
Go to: Saddle Rock Golf Course. One of nine courses located in Aurora, Saddle Rock’s links-style course stands out as the former home of the Colorado Open—and because of the views it affords of Pikes Peak. Refuel at the Saddle Rock Grill after your round.
Need another idea? Meadow Hills Golf Course’s tight, tree-lined fairways and six lakes provide just the challenge golfers seek. So long as they don’t allow the spectacular mountain panoramas to distract them.

Want more? Check out the November issue of 5280 for the full article.