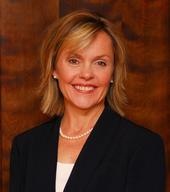 Add Fort Collins City Councilman Diggs Brown to the list of Republicans ready to challenge newly elected U.S. Representative Betsy Markey (pictured) in the 2010 election. TheÂ Fort Collins Coloradoan reports that Brown, a major in the Colorado National Guard, is attempting to launch his campaign to recapture the Fourth Congressional District seat for the GOP, although he was called to active duty last year for a secret Special Forces mission in Africa.

Brown, the subject of a “Draft Diggs” movement in Northern Colorado, says he’s received encouraging e-mails from supporters. He will not return to Colorado for several months and will make a final decision later this year.

Markey, who beat Republican Marilyn Musgrave to become the first Democrat elected to the district in 36 years, could also face University of Colorado Regent Tom Lucero, who recently announced his intent to run. And, asÂ The Hill recently reported (via the Coloradoan), Weld County District Attorney Ken Buck is expected to announce his plans, which could include a run against Markey, in February.

Other names bandied about include former state Treasurer Mark Hillman, state Senator Greg Brophy, and state Representative Cory Gardner. As for Markey, she’s already rolled up her sleeves in Congress, pushing for energy tax credits for farmers and companies eager to expand wind power in the state, according toÂ The Pueblo Chieftain.