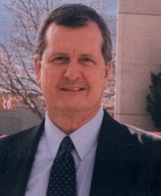 El Paso County Clerk Bob Balink says his staff is answering the phones despite the budget cuts and reports to the contrary, according to The Associated Press, which writes that some officials complained about the staff refusing to answer phones.

The AP’s interview with Balink appears to have been inspired by a Colorado Springs Gazette story, which was reprinted in The Denver Post.

The Gazette, which was unable to reach Balink, wrote that “several county workers said the clerk’s office stopped answering the phones due to budget cuts.”